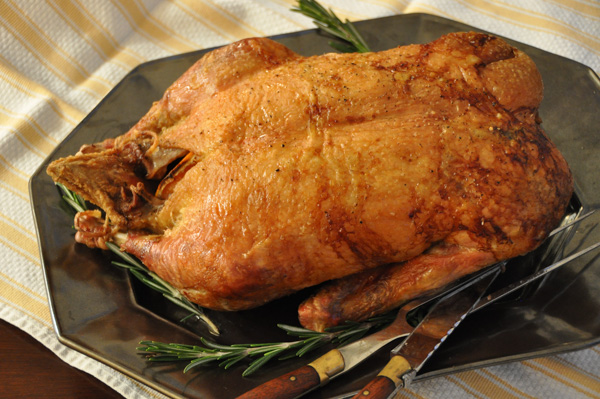 Winter arrived with a bang this week and I was scrounging around for a slowly cooked meal that would wreath the house in delicious smells.  Fine Cooking’s latest edition provided lots of inspiration. They’re featuring duck this month, and their recipe for Rosemary and Orange Slow Roast Duck is out of this world. 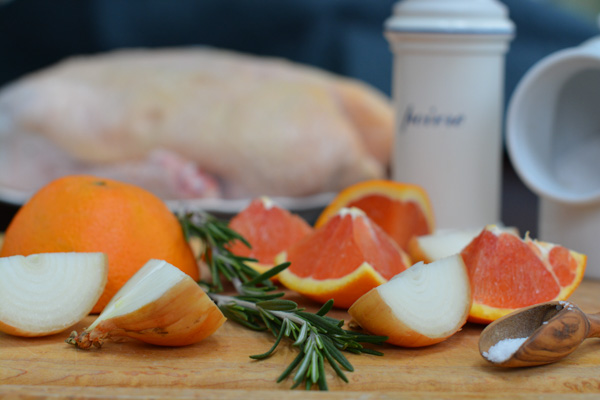 Preparation is a snap. Salt and pepper the cavity of the duck. Cut up an onion, half an orange and rinse off some fresh rosemary, stuff same into the cavity, tie the legs of the bird and toss the lot into a 325 degree oven for three hours. Open the oven periodically to check on things and siphon off the copious quantities of fat that accompanies duck. (In my case, it took longer because the power went out in the middle of it all for about an hour, but it had no ill effect that we could detect.) 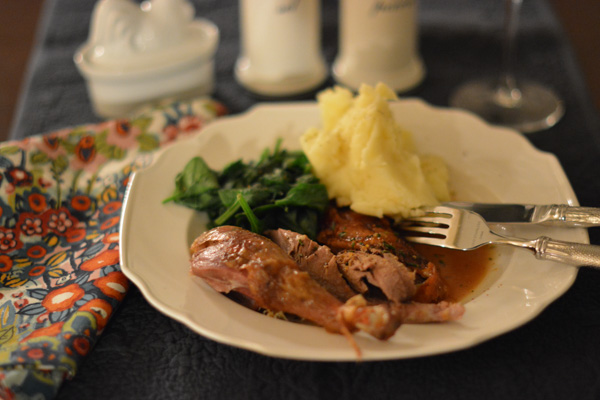 We served it with their suggested sides of mashed potatoes and spinach. The sauce is absolutely worth the effort; it is divine. As it was just two of us for dinner, we have some leftovers, but not as much as I had hoped. Ducks are surprisingly scanty with meat.

Next I’m going to try the Red Wine Braised Duck Legs with Dried Fruit, Capes and Lemon.  I have a dinner party coming up at the end of the month and this looks fabulous!