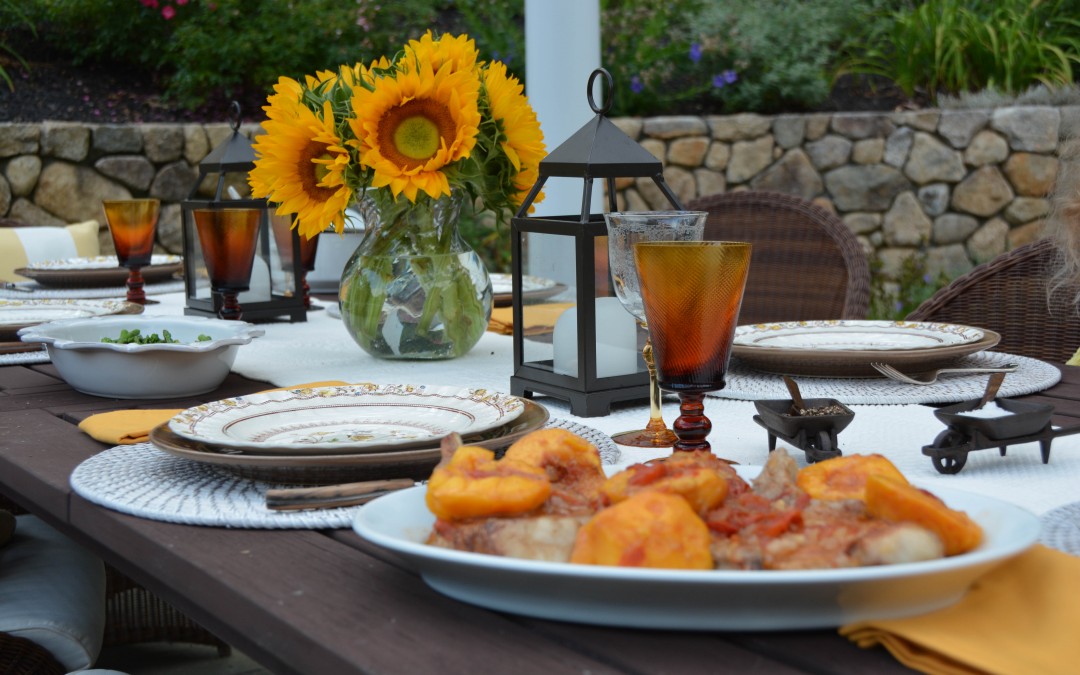 When Adam and family visit us in Cape Cod, it’s our tradition to try a bunch of new recipes and this year was no exception. This recipe for pork chops with peaches hit all the right notes: Spanish-influenced flavours, braised meat and kid friendly. What’s not to like?

We adapted the recipe from Williams-Sonoma’s Rustic Spanish by Paul Richardson. The original recipe was more of a stove-top version and we elected to sear the pork chops in a 15″ cast iron skillet and then pop it in the oven. We served it with oven-baked small potatoes and fresh steamed asparagus. It was utterly delicious. 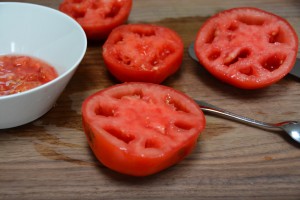 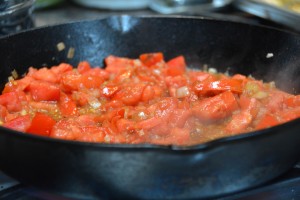 Sauce the tomatoes and onions 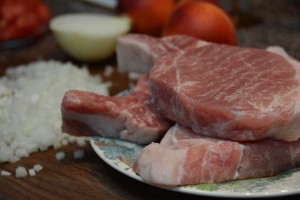 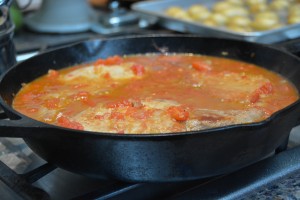 About to go into the oven