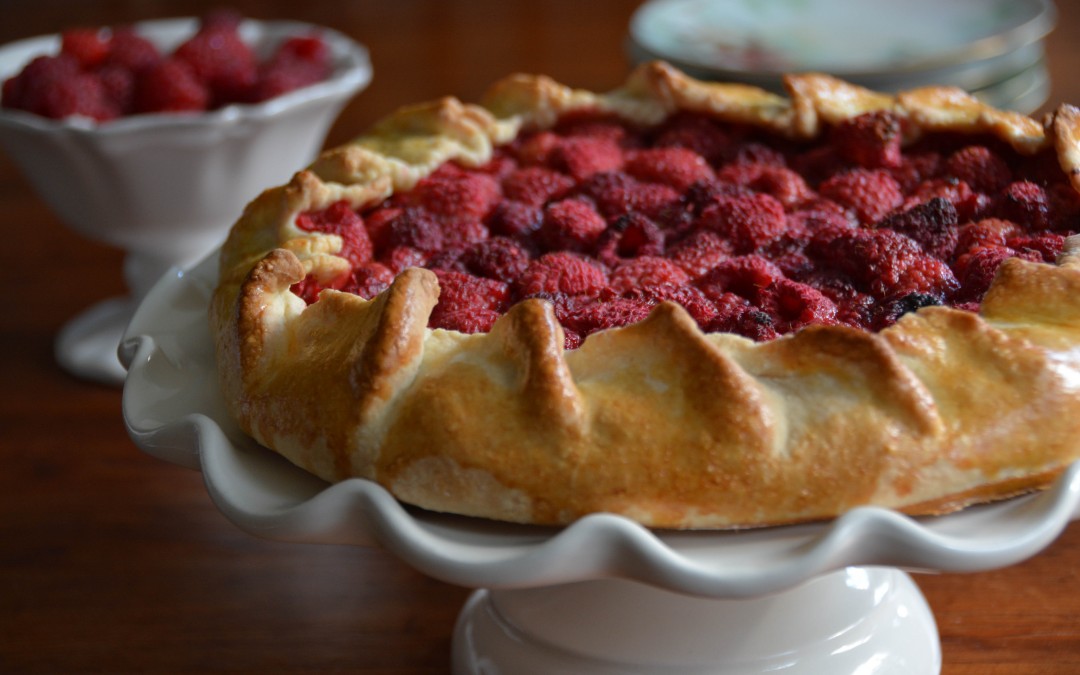 One of my relaxing pastimes whilst in the Cape is browsing old issues of Victoria Magazine. Their luscious photography is inspiring and their recipes are often quite excellent. I was seduced by their recipe for Raspberry Galette and enthusiastically embarked on it.

The filling was delicious. The crust was not. Accordingly, I’ve adapted the recipe to incorporate Fine Cooking’s All Purpose Galette Dough recipe.

A delectable raspberry galette, with a scrumptious pistachio base.

For the galette dough