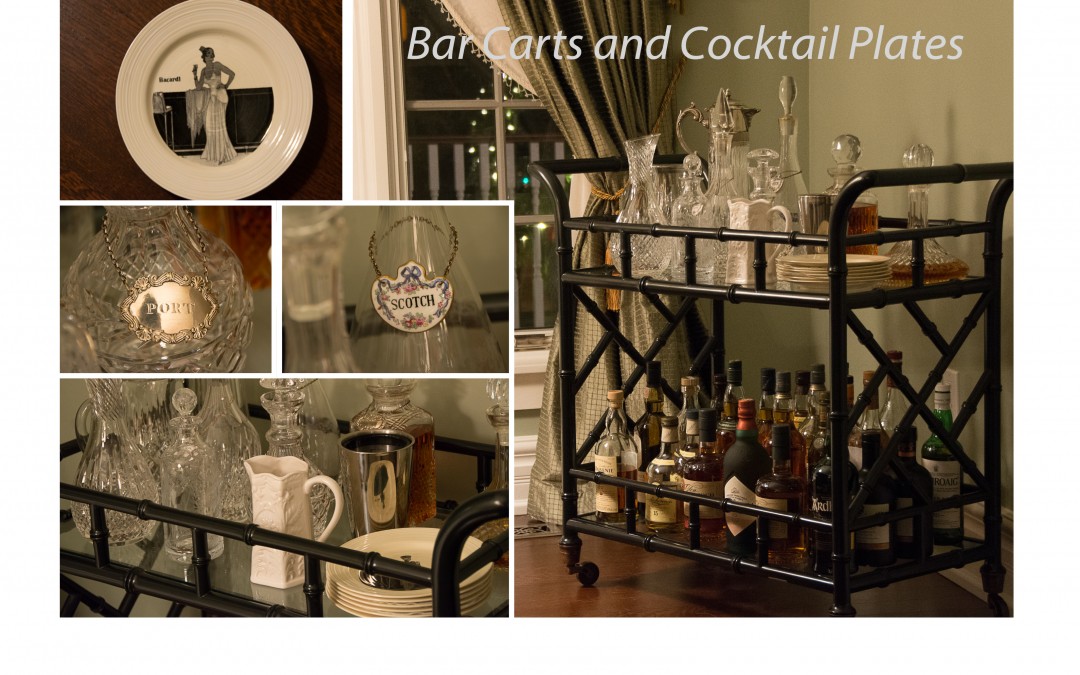 New Year is approaching, calling to mind exquisite Old Hollywood gowns, black tie events and cocktails. We watched Out of Africa the other evening, with its gorgeous New Year’s celebration just after WWI. Robert Redford, Meryl Streep and Michael Kitchen. A tough act to beat for sheer elegance. 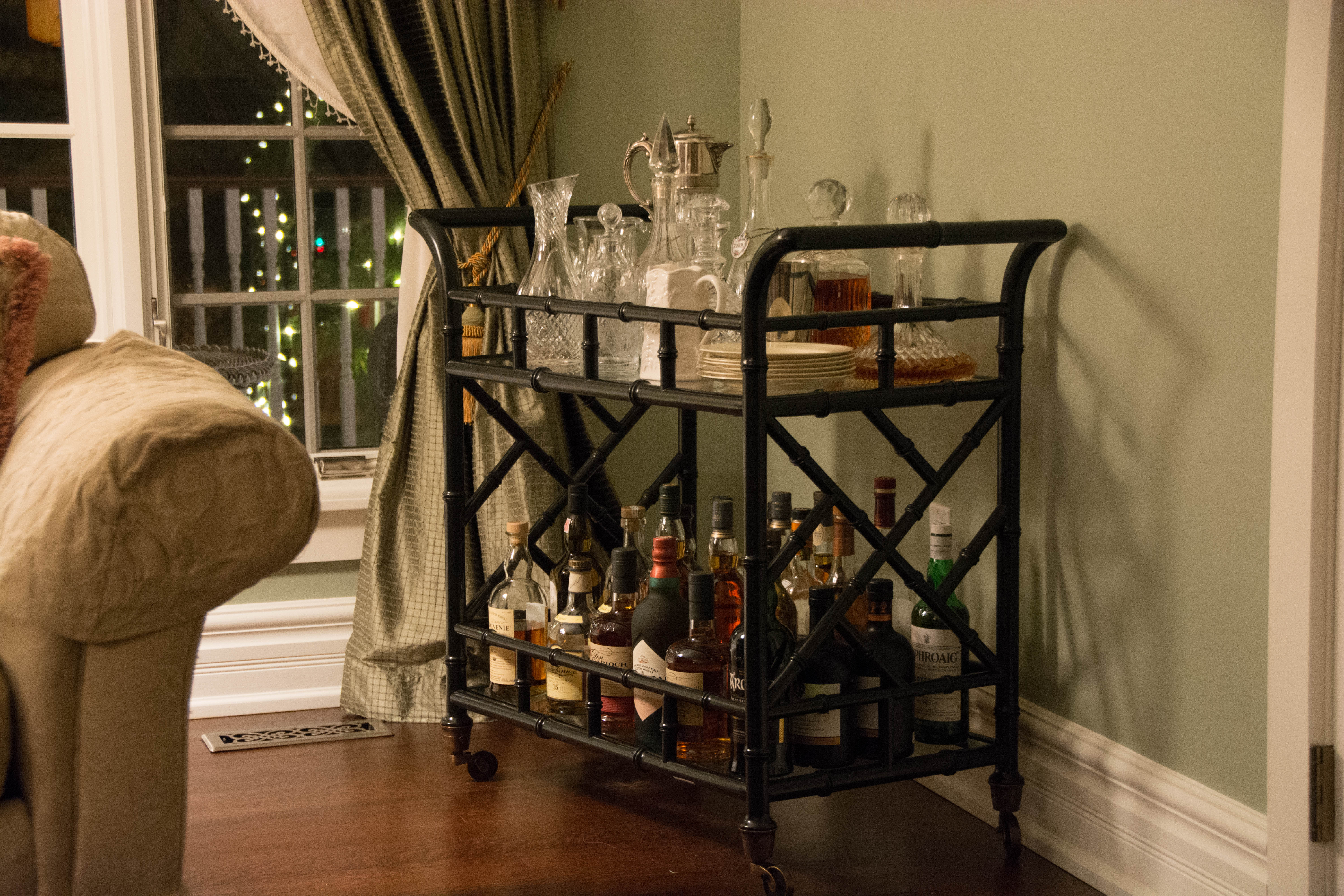 Speaking of cocktails, my husband Glenn is a Scotch enthusiast. A couple of years ago I gave him a bar cart for Christmas, and he has been happily stocking it ever since. 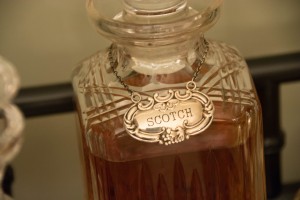 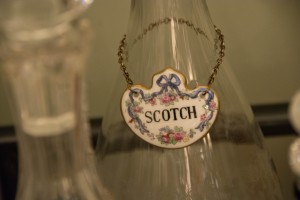 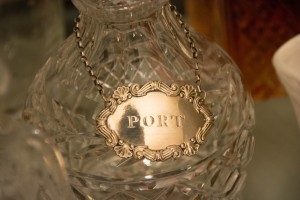 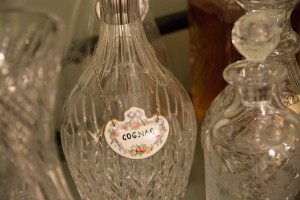 He has collected decanters and liquor labels for years. In the UK, one doesn’t find Scotch labels. They read Whisky (in Scotland) or Whiskey (in Ireland). The Scots hold that there is only one type of whisky, Scotch Whisky, and it’s to be drunk neat, with perhaps a small splash of water. No ice. 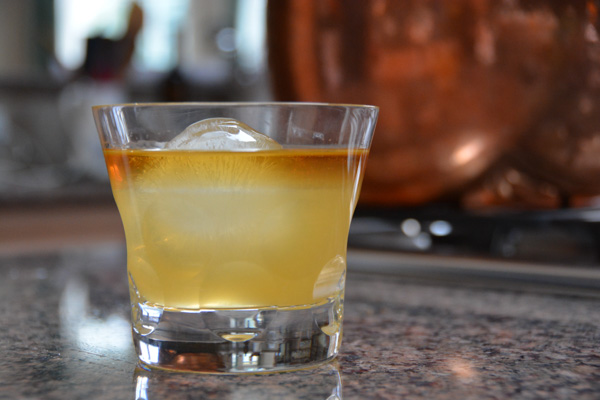 Despite their rather firm and fast views on the proper consumption of the National Beverage, we discovered a Scotch cocktail whilst in Edinburgh, called Penicillin. Made with honey, lemon and a blended Scotch called Monkey Shoulder, it’s served over a giant ice cube, with just a whisper of a smokey, peaty Scotch like Ardbeg or Laphroaig floated on top. Delicious. The recipe is here. 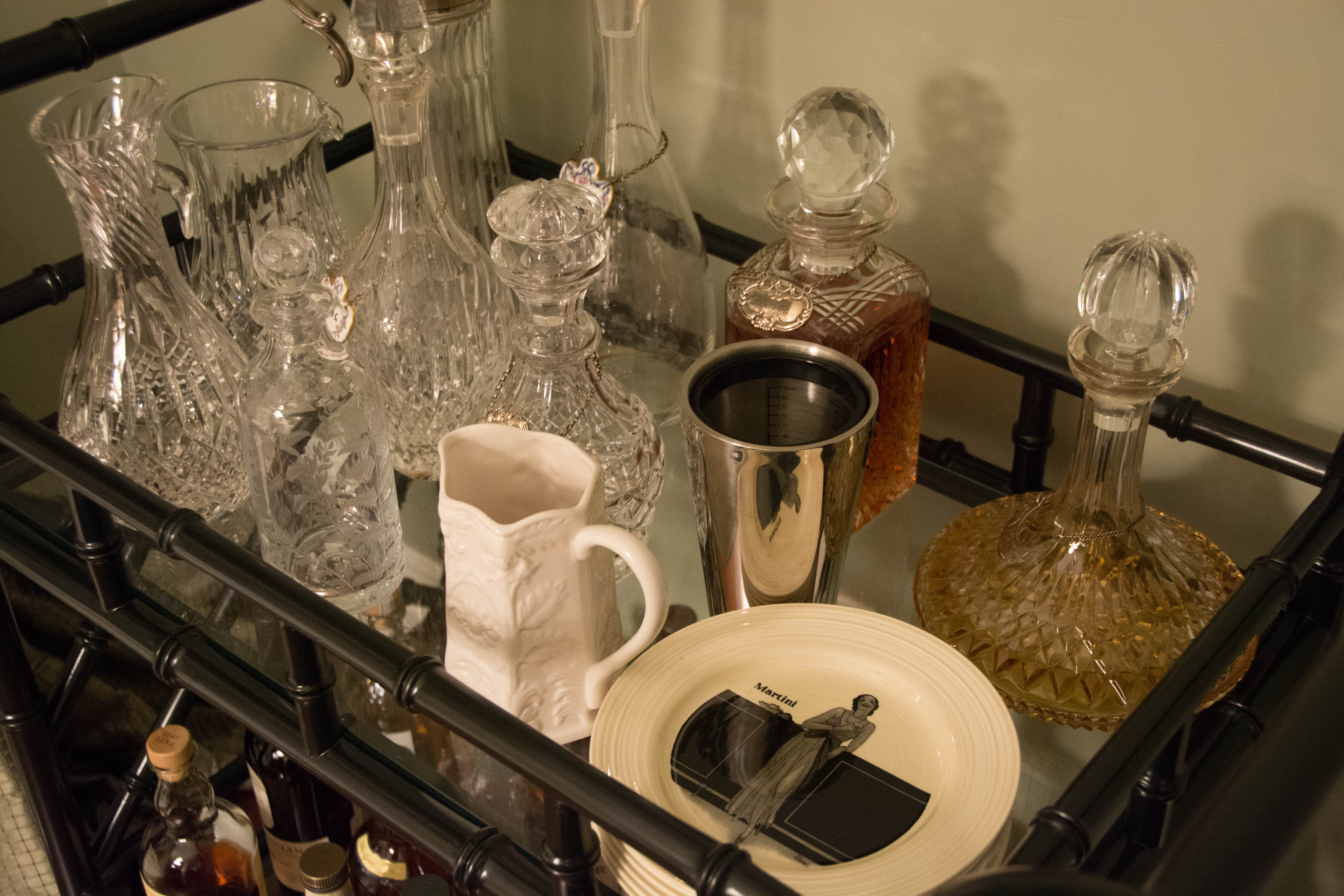 From decanters and labels, it was a very small step to finding other accessories. I couldn’t resist these Art Deco plates from the 1930s by Crown Ducal. They feature six different ladies at the bar, captioned with various cocktails. Ironic that they were introduced during Prohibition, isn’t it? 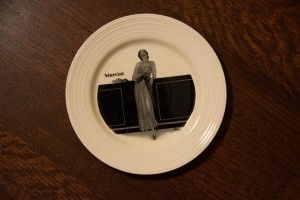 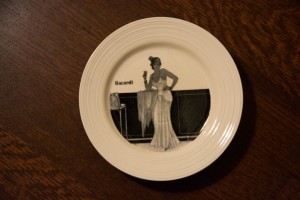 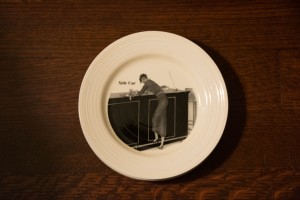 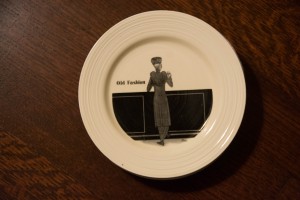 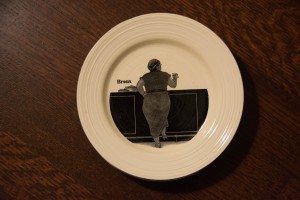 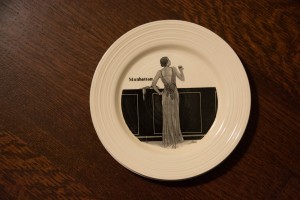 They were produced in both black and red. I’d love to acquire the red ones if I ever find them.

Happy New Year, everyone! May your 2017 be filled with good health, joy and prosperity.

I am sharing this post with Between Naps on the Porch.