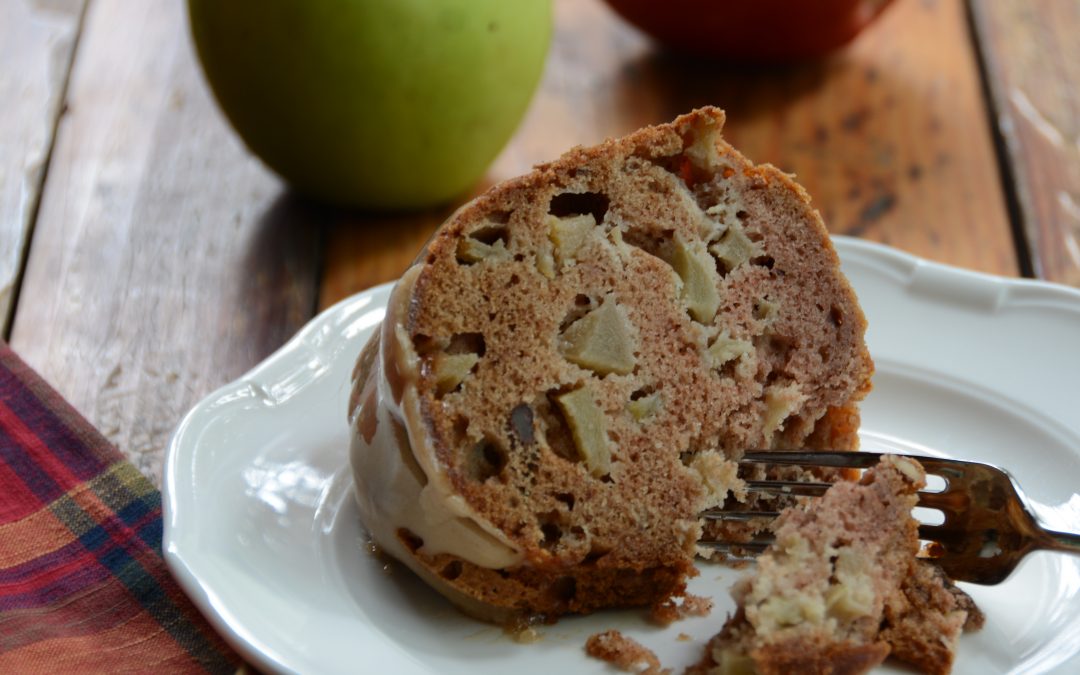 As I mentioned in my previous post on Apple Spice Cakelets, when our friends John and Leanne visited us in the Cape this summer, Leanne and I had a wonderful time with the new apple and leaf baking pans from Williams Sonoma. We both admired the lovely contours of the small pans and devoted much discussion to what we would bake in which pan. Leanne purchased the cakelet pan, and will no doubt get a lot of use out of it as she is an accomplished baker. We had a blast preparing several types of desserts before her departure the following day. 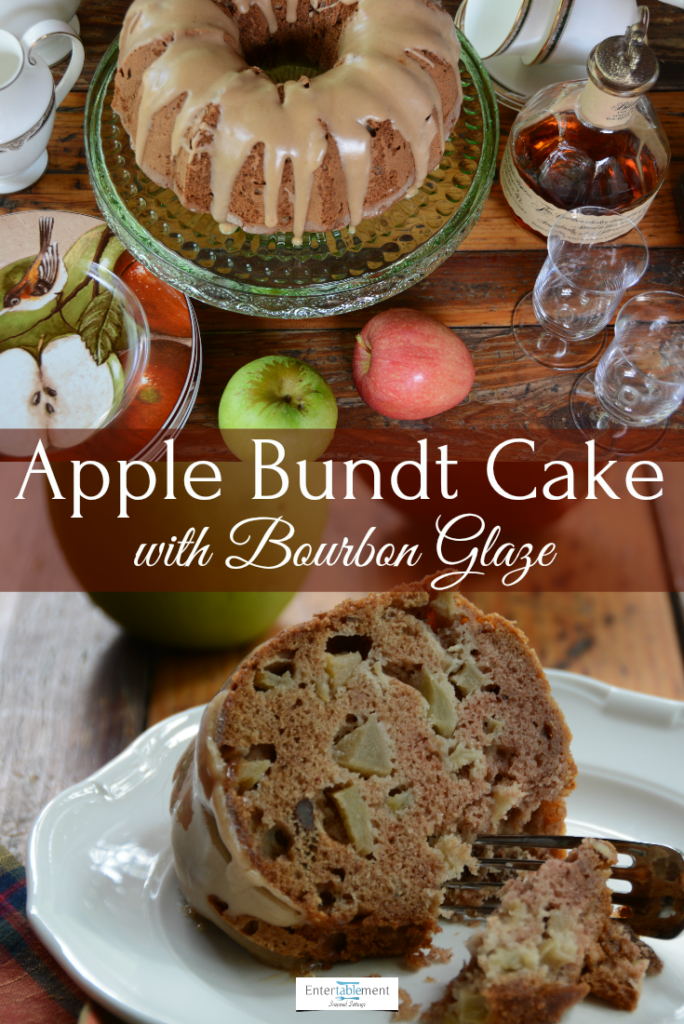 We had tried the recipe shown on the package for the apple cakelet pan and enjoyed it. It was good, but … hmmm … no chopped apples, just applesauce. We could quite understand why the batter for the cakelets needed to be so smooth, as the cakelets are quite small (by definition, really) and using chopped apple had the potential to distort their diminutive shape. But Leanne kept muttering that her mother’s apple cake was even better. So when she got home she dug out the recipe card for her mother’s cake and sent me a picture of it. 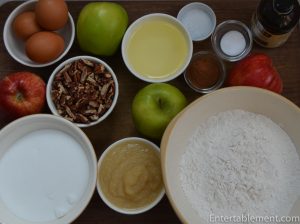 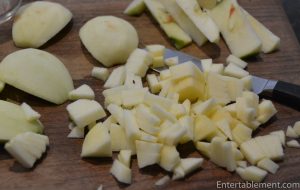 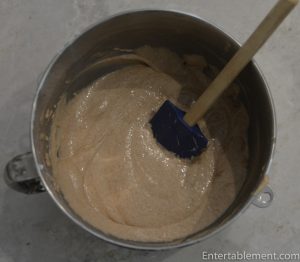 The batter before the apples and nuts. 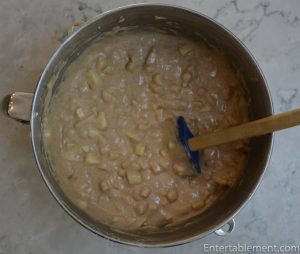 Fold in the chopped apples. 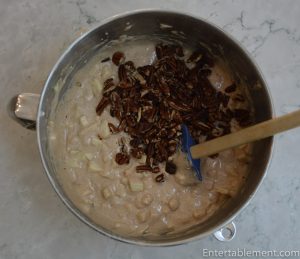 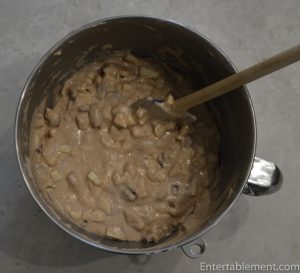 Mix in the nuts.

The original recipe called for a full cup of oil and two cups of sugar, and I thought I’d try substituting some applesauce for some portion of each. I reduced the oil by 1/4 cup and the sugar by 1/2 cup and added one full cup of applesauce. 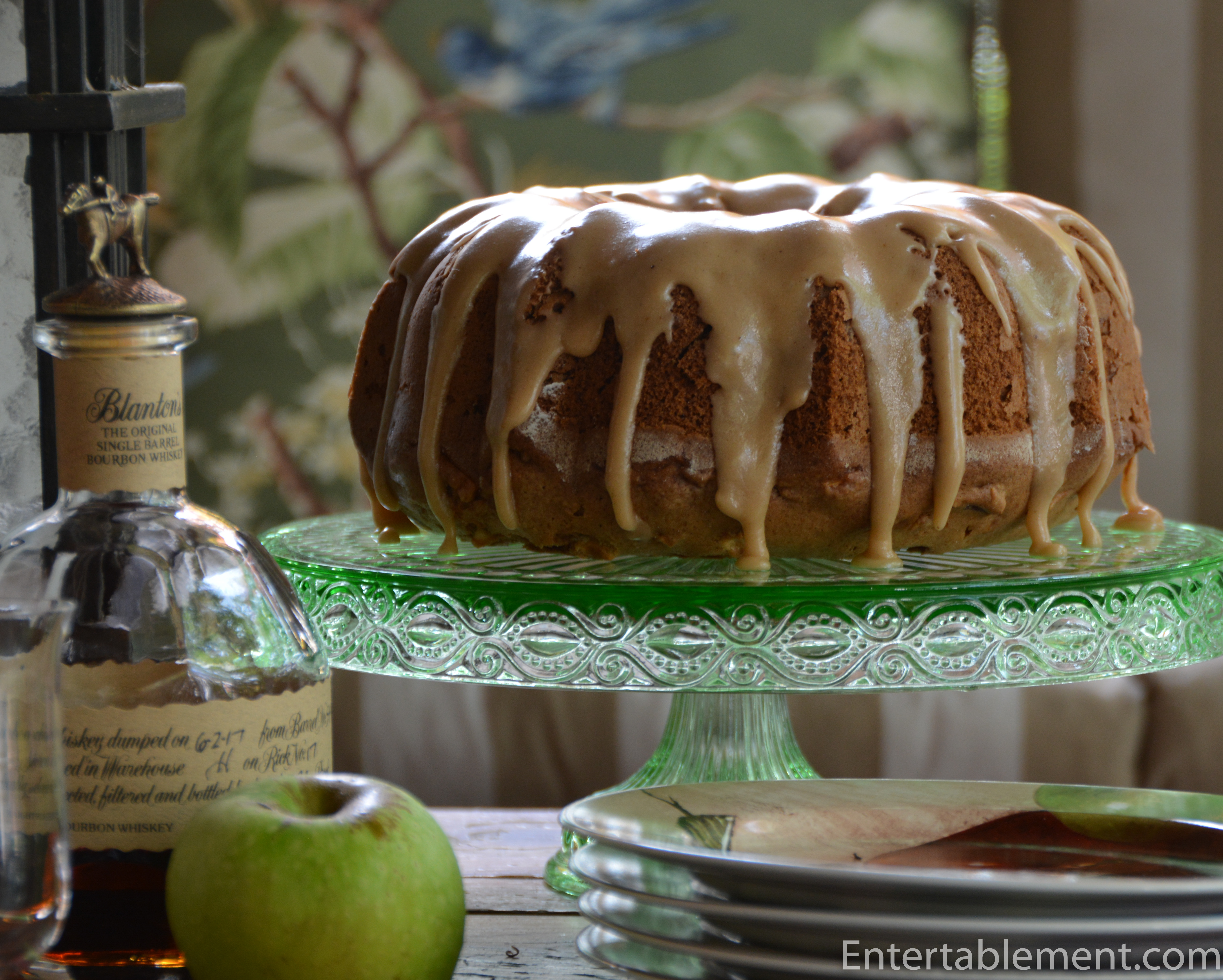 I used a traditional Bundt pan, and because of the texture of the apples, the cake wasn’t perfectly formed when it emerged from the pan. As well, I had left my can of baking spray (amazing stuff) from Williams Sonoma in the Cape, so I ended up doing the traditional butter and flour routine, not an easy feat with all the nooks and crannies in a Bundt pan. No problem. Just glaze it. Glazing is to cakes what ivy is to problematic brickwork. It covers a lot of sins! 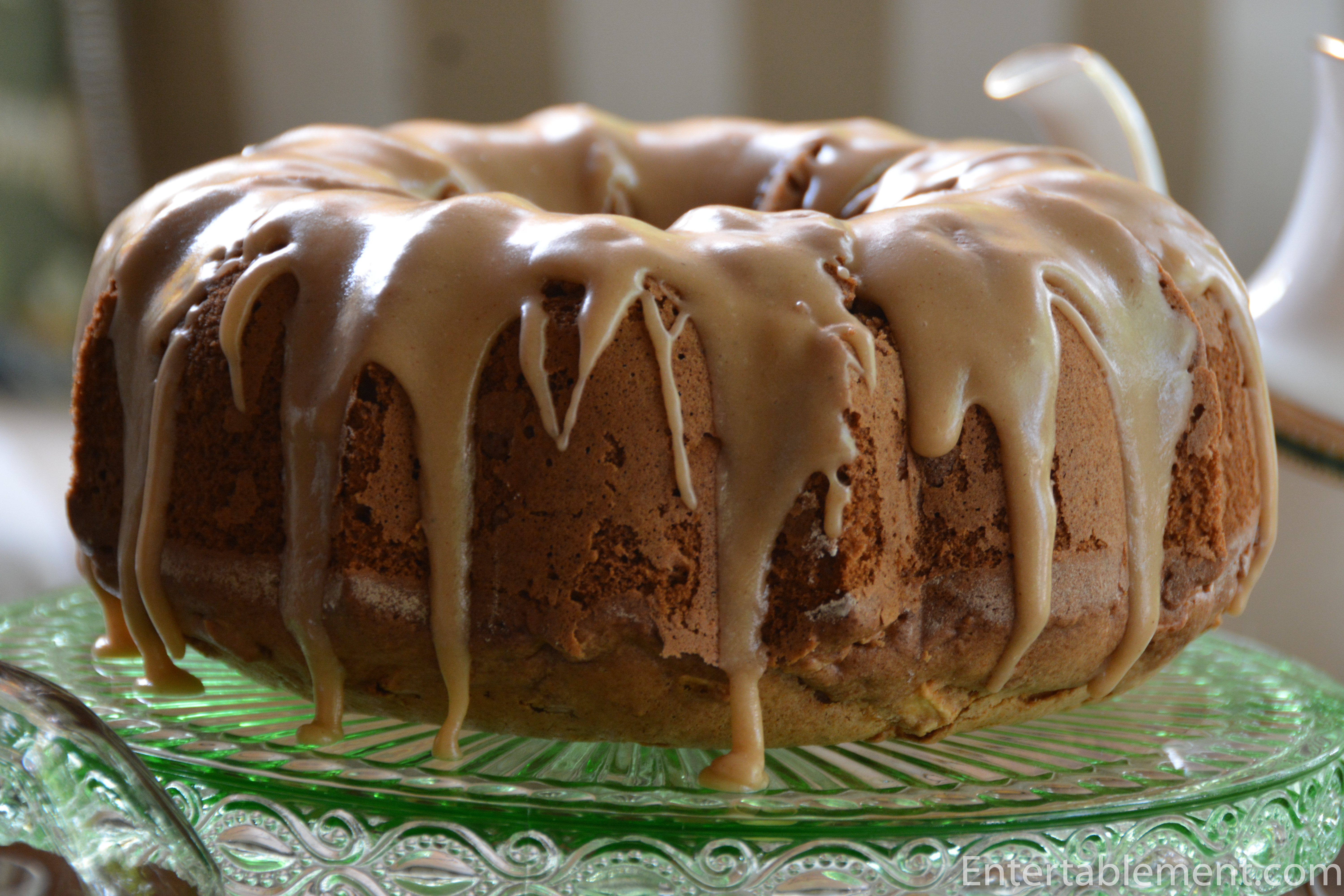 I dug around looking for a glaze recipe that might work and had a vague idea that it needed to include apple butter. I found a few recipes and began experimenting with the proportions recommended, which were 1 cup of confectioner’s sugar to 2 tablespoons of apple butter. Too sweet, and too chalky tasting. So I upped the apple butter to 4 tablespoons and added a splash of bourbon. Perfect. The icing had oomph, was the perfect consistency to cascade down the sides of the cake, and it hardened as the alcohol evaporated.

The family loved it, with the exception of a couple of the grandkids who greeted its appearance at the table with deeply suspicious glances, fearing it contained the dreaded raisin. In spite of several reassurances that none of the foul (to them) dried grapes infested the cake, they wouldn’t touch it. In fact, they’ve about had it with all these fruit-based desserts that have cluttered up the fall and can’t wait for me to start producing proper desserts again. Like cupcakes. Chocolate cupcakes. With sprinkles. And luridly coloured icing. Hop to it, Nana!! 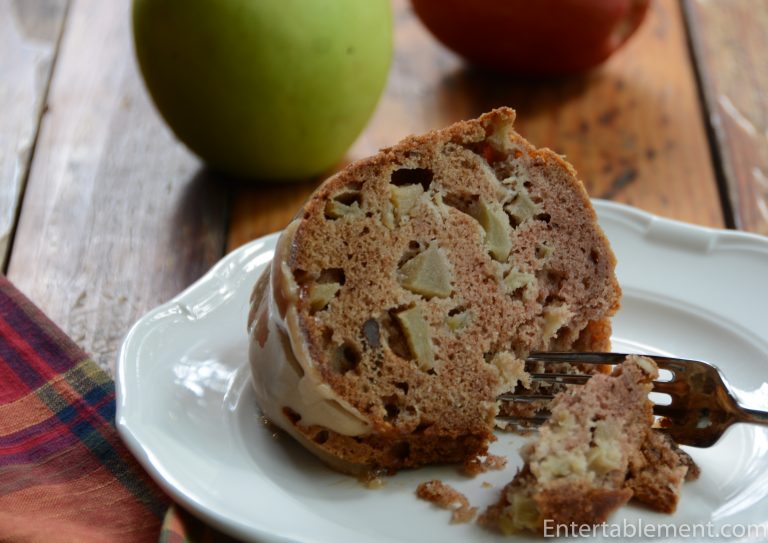 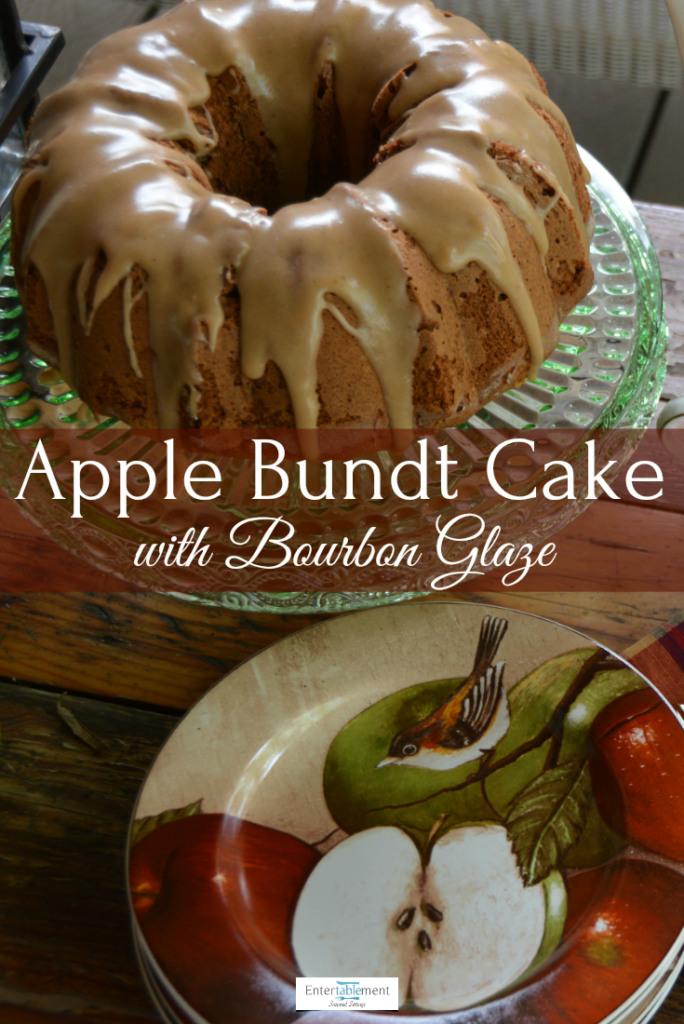