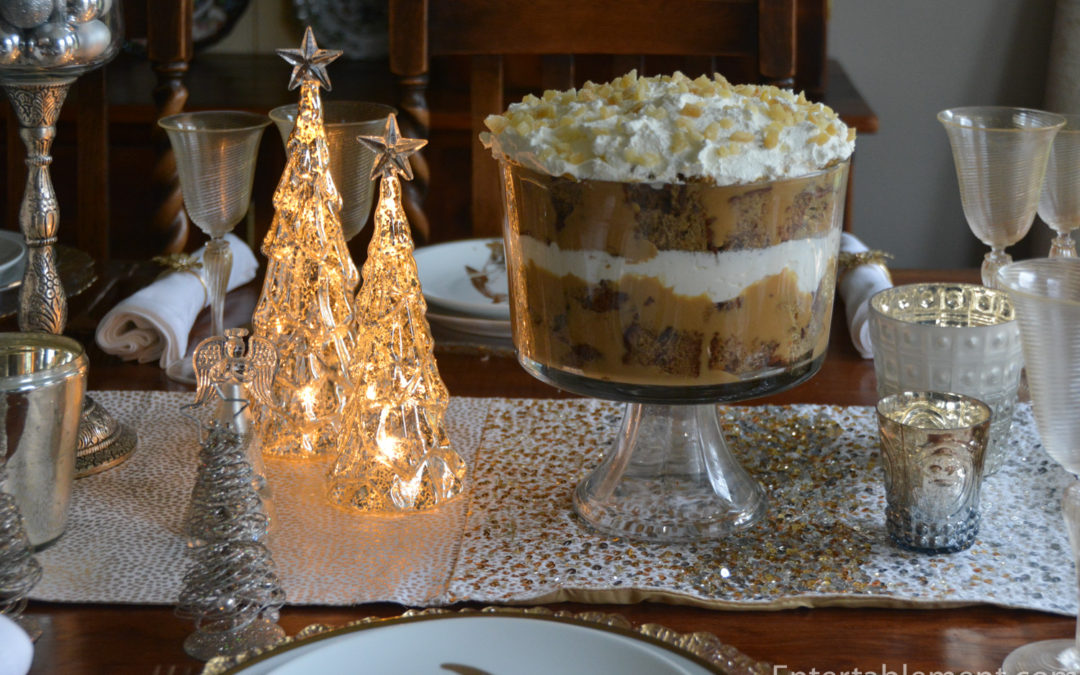 I’ve always been a fan of Sticky Toffee Pudding with its dense cake and luscious caramel sauce, so I was eager to try this lighter, caramel-custard version with its drool-worthy trifle presentation. I took it to a friend’s house recently as a contribution to their post-Thanksgiving dinner dessert party and it was a huge hit. 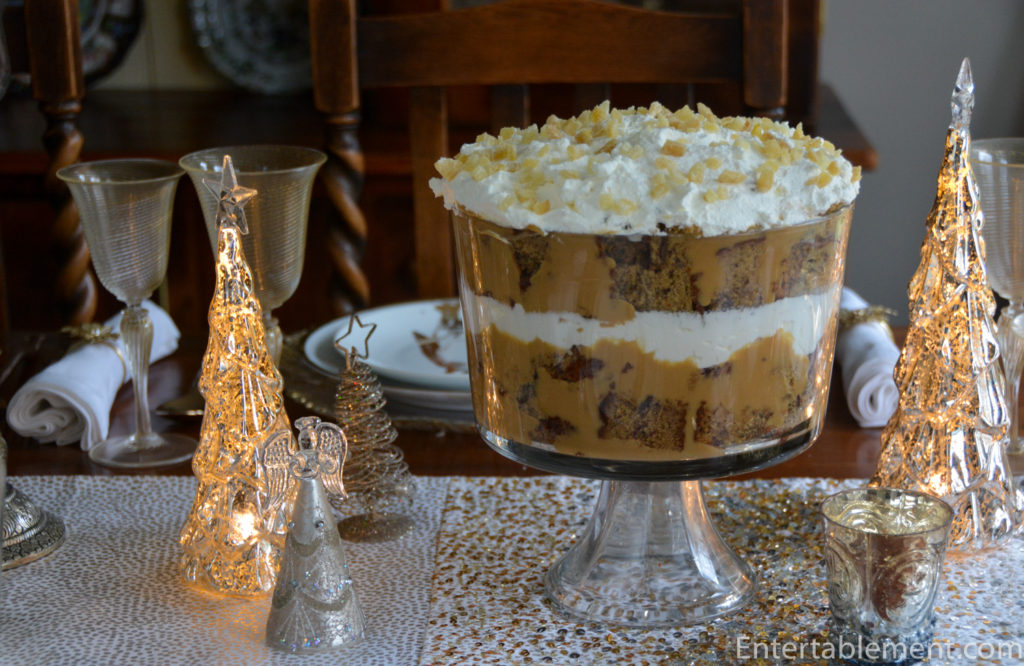 My only objection to a large trifle is it gets quite messy in the bowl about halfway through the dishing out. For that reason, it’s nice to do individual trifles in parfait glasses or mason jars such as I did for the Black Forest trifles. 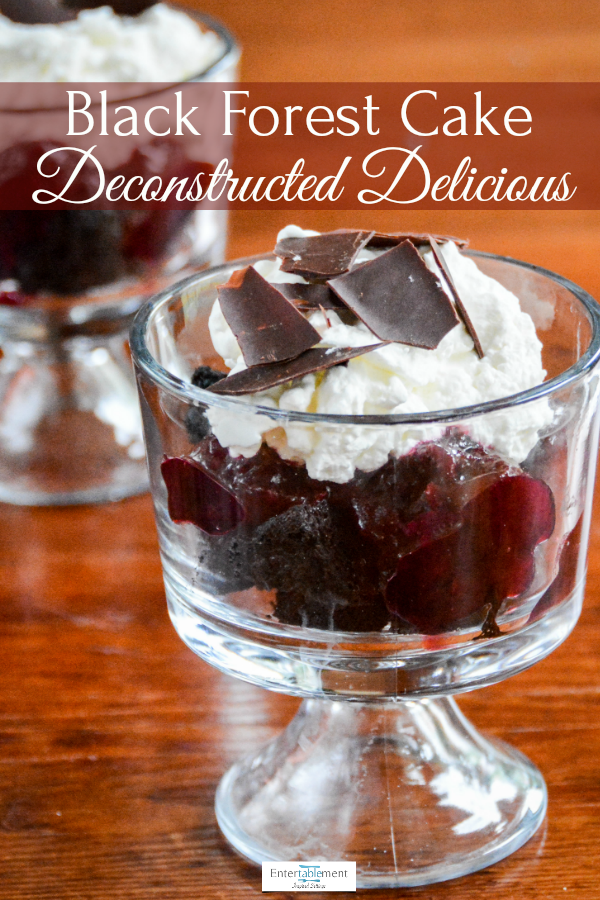 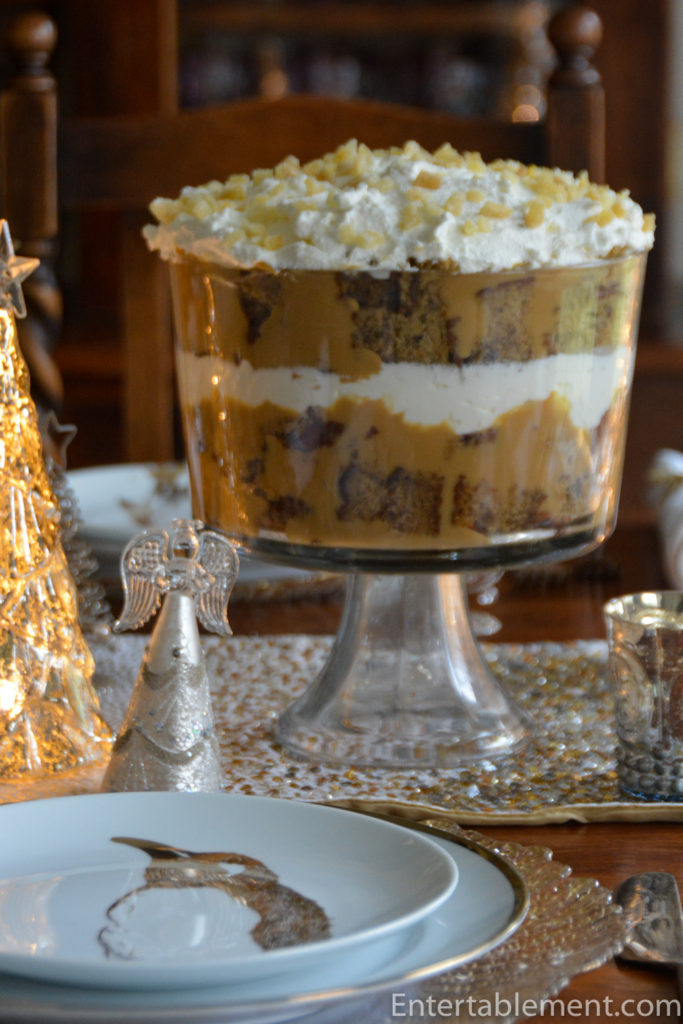 I froze some of the cake for snacking later in the season, anticipating an afternoon with a cup of brandy-laced coffee topped with whipped cream. The rest of the leftovers were happily consumed as samplers. We wouldn’t want to take a dessert that hadn’t been tested,  now would we? 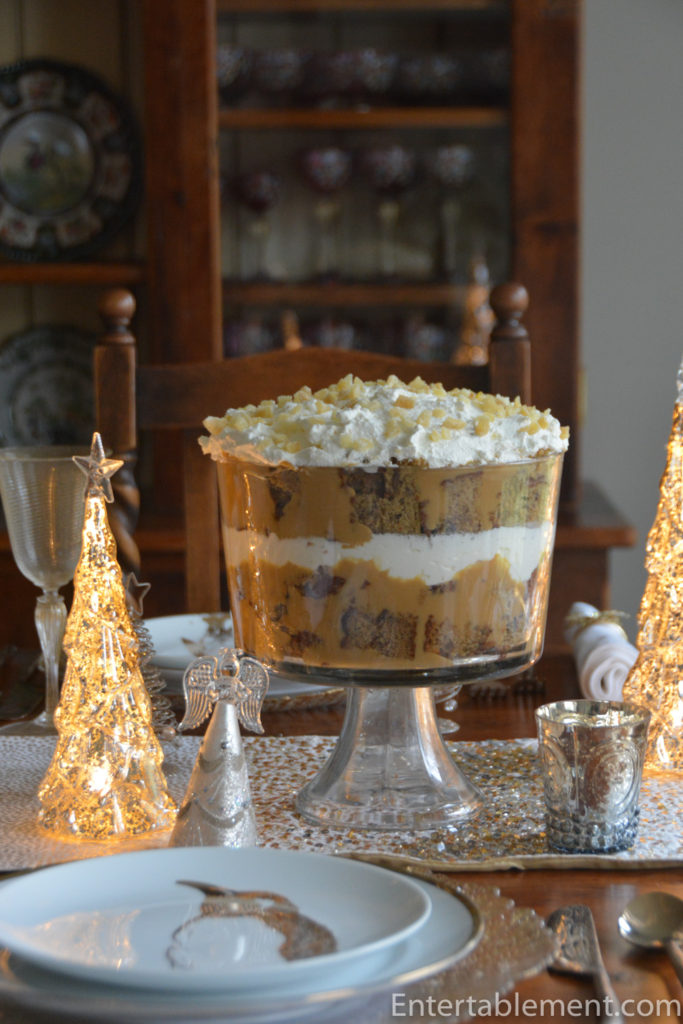 For the Whipped Cream 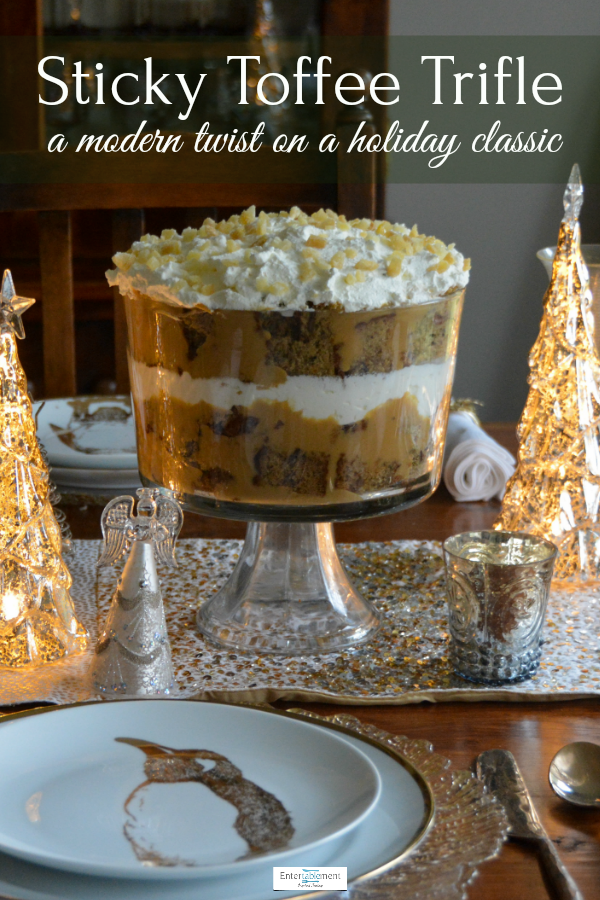