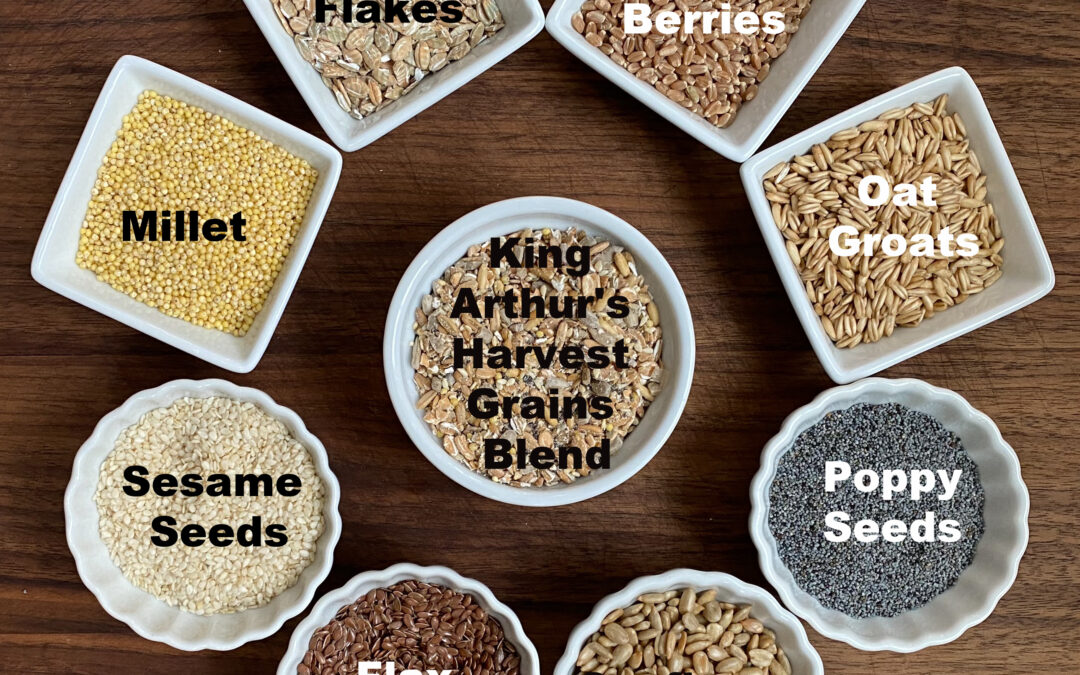 Like many people, I’ve been making bread these past few months. Not so much sourdough; tending a sourdough starter is like raising another child, and I feel like I have enough humans and livestock to care for as it is. As well, sourdough is a bit too fly-by-the-seat-of-your pants for me. I’m more of a commercial yeast girl; you know what you’re getting, and results are much reliable. I understand the urge to be self-sufficient in the yeast department, however, given the shortages in baking goods that we all contended with early in the pandemic. But having procured and stored 1 lb packages of both SAF Red and SAF Gold yeast in the respective freezers in Cape Cod and Canada, I can bake with happy abandon. 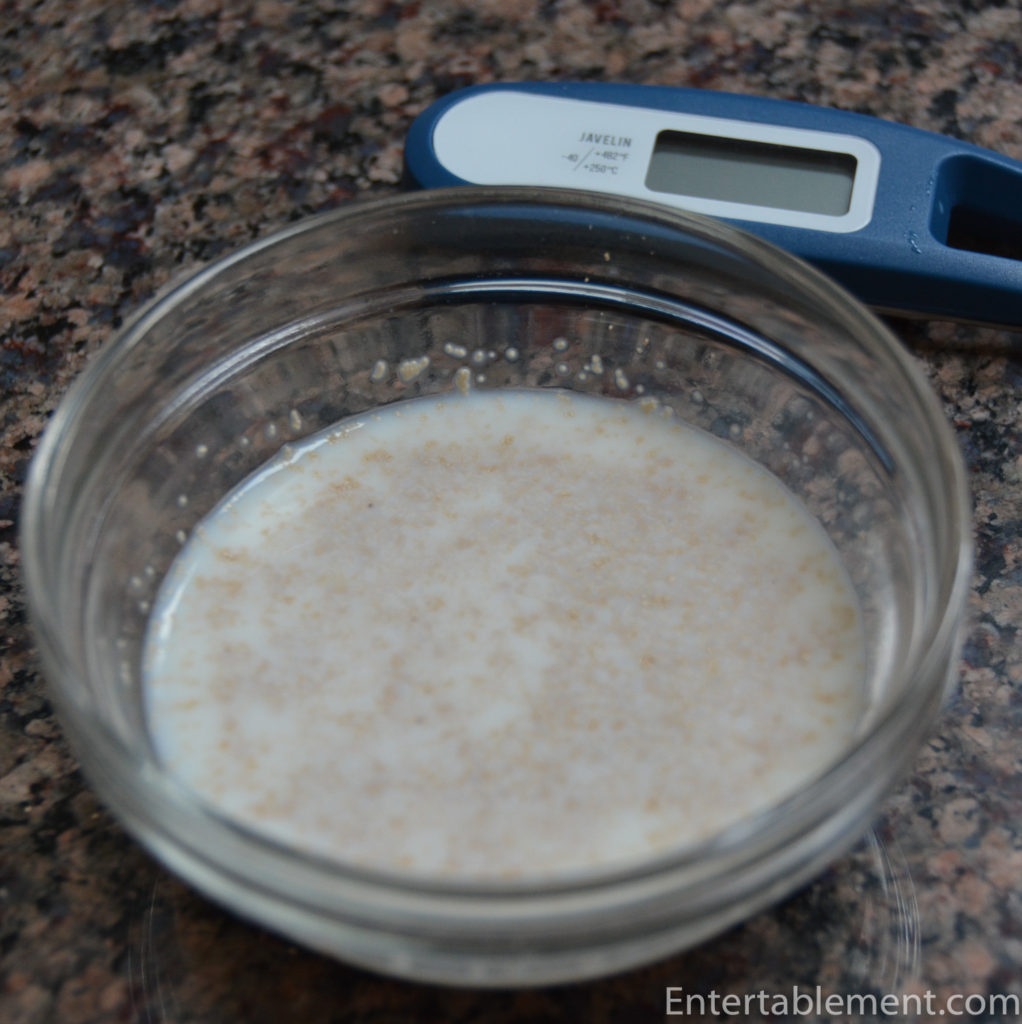 The one thing I can’t get in Canada, however, is King Arthur Bakery’s Harvest Grains Blend because they, like many other retailers, don’t ship to The Frozen North. I originally bought the grain mix to make their Savory Granola, which was delicious, sprinkled on salads. I made a batch while we were in the Cape and gave the rest of it to a neighbour before departing; they’ve happily munched on it ever since.  No-Knead Bread Harvest Grains Bread has become our breakfast staple. 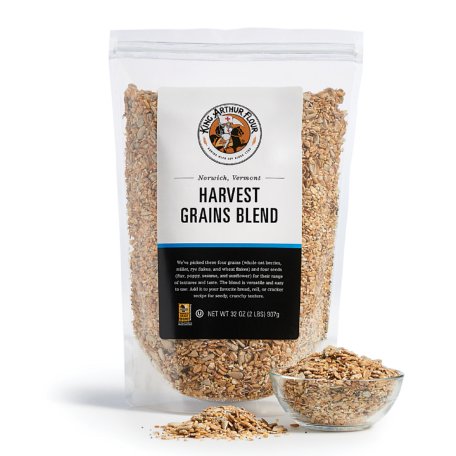 Though I brought a bag of Harvest Grains Blend back with us, I soon found that I was down to a scant half cup. What to do?  The King Arthur website revealed the blend comprises four grains (whole oat berries, millet, rye flakes, and wheat flakes) and four seeds (flax, poppy, sesame, and sunflower). I was able to procure most of the components from a combination of Amazon.ca and our local grocer. Wheat flakes were not to be found, so I ended up with wheat berries instead. 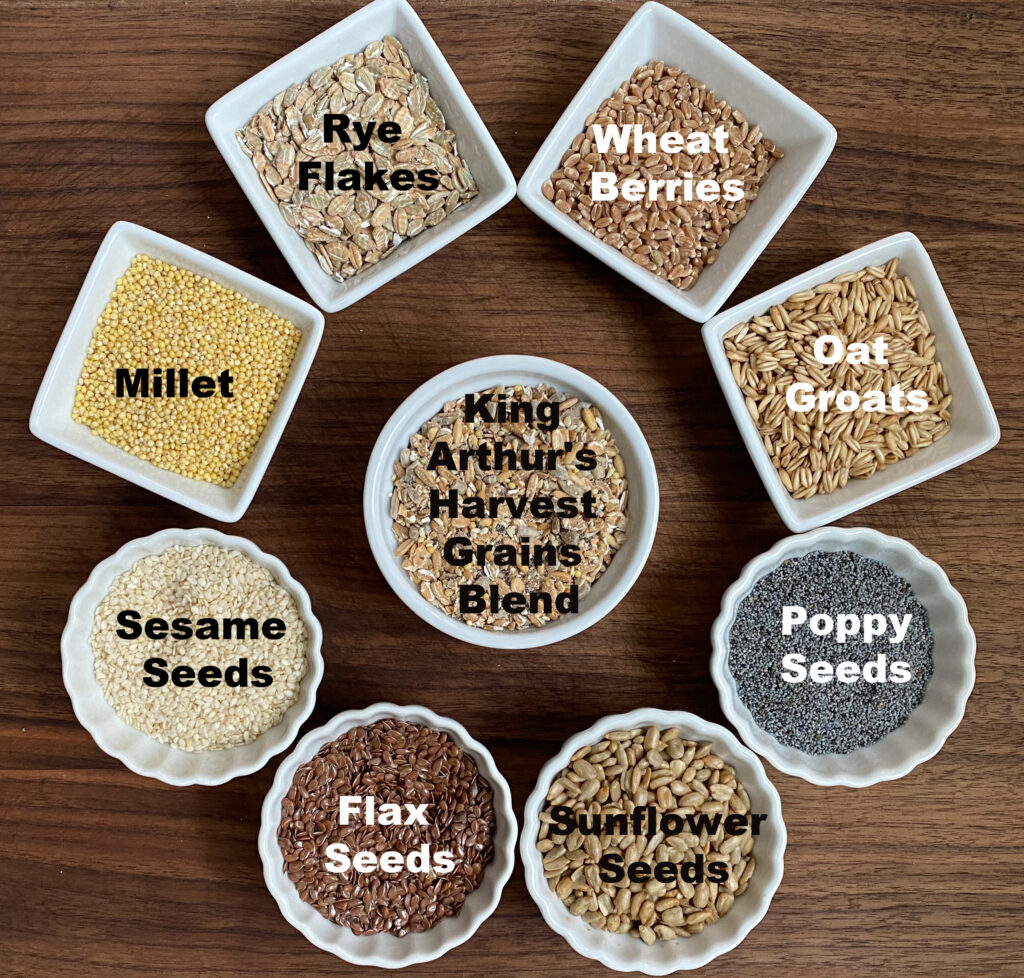 The only problem is the vast quantities of the component grains. Amazon would only ship 2 x 1 kg bags of several of them. So one of each type is in the freezer in their original packaging.

I set about figuring out the proportions through a less than scientific process: mix, eyeball and hope for the best. 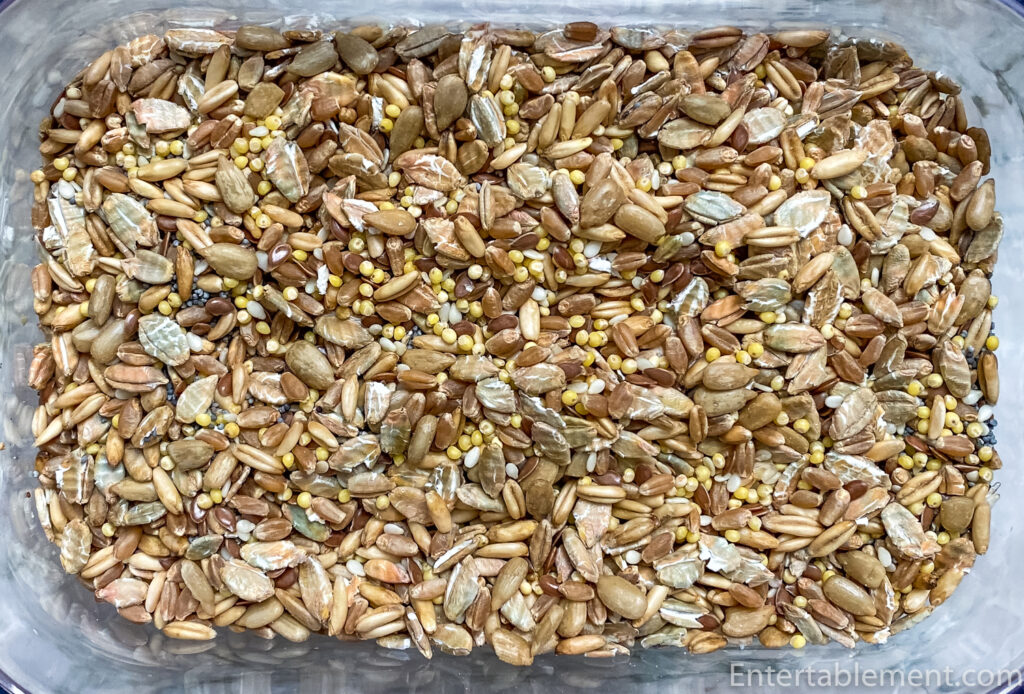 Here is what I ended up with for proportions. 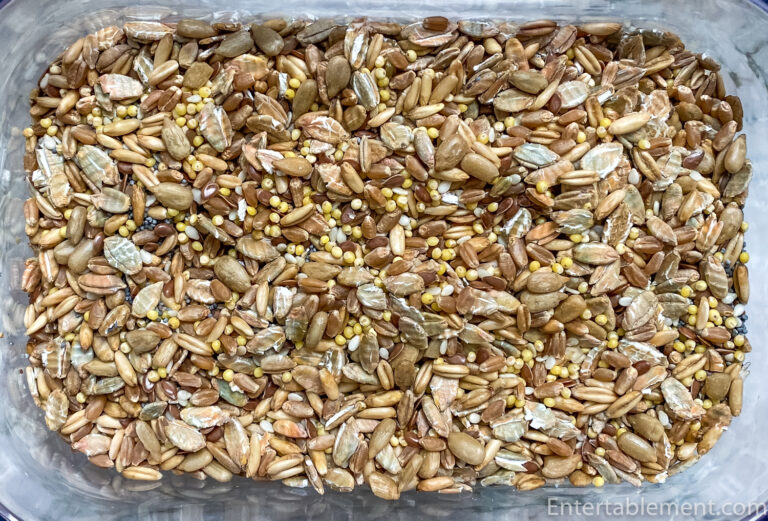 Mix all ingredients together. Makes enormous quantities! Store in the freezer if you won’t use it within a month.

I’ll let you know how my homemade version compares when I bake the next batch of bread and replenish my Savory Granola. For those of you who like a bit of crunch on your salad, it’s a virtuous substitute for croutons. It’s delicious on Roasted Beet and Squash Salad with Gorgonzola Cheese, the recipe for which I have posted separately. 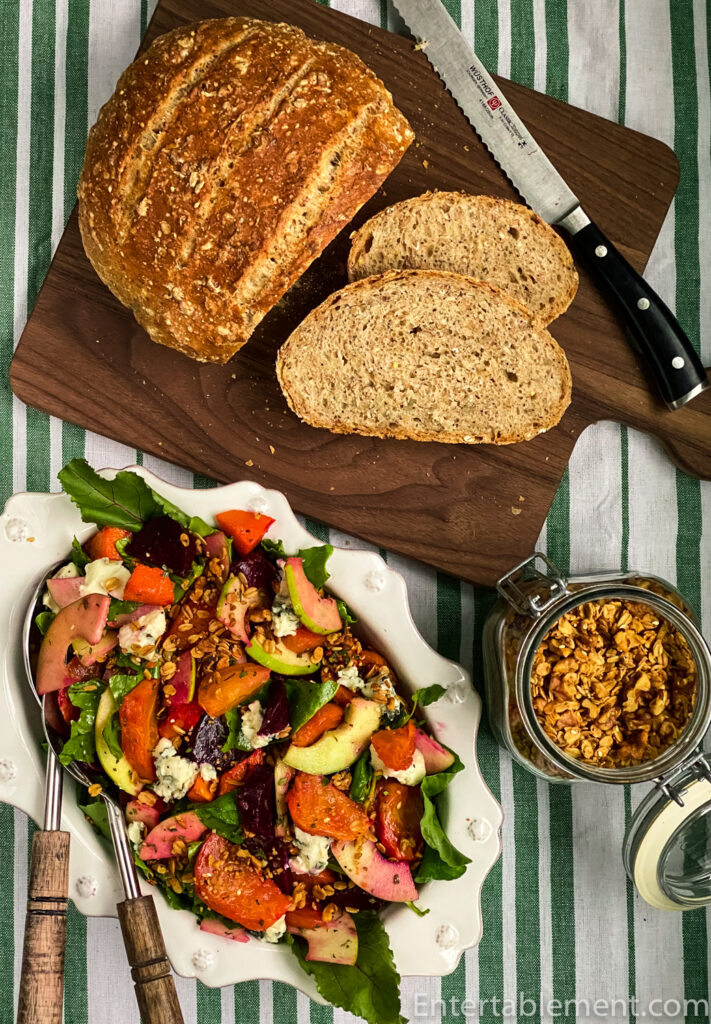 Thanks to all who have entered the Giveaway for Entertablement – The Four Seasons. Your comments on your favourite blogs have been fascinating. Tons of fodder for future posts! My little brain is whirling with ideas. Thank you, thank you! 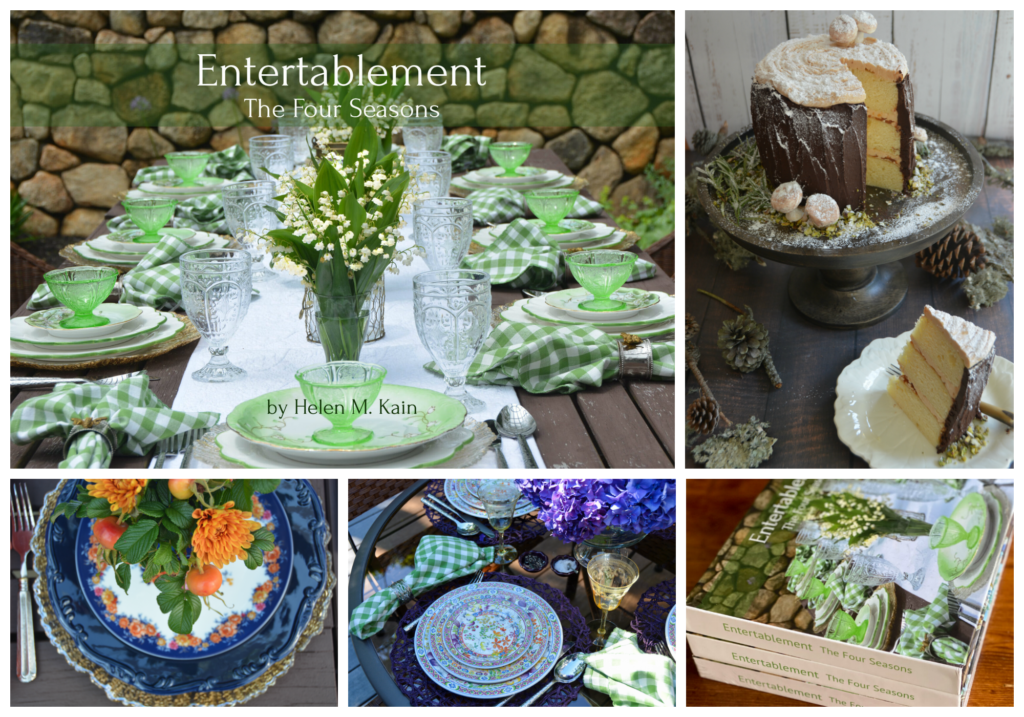 Moxie asked me to tell her well-wishers that she’s feeling much better, thank you. A bit thin, still, but she’s drinking on her own. Mum is still jamming high-calorie, pate-smooth cat food into her mouth a few times a day. It is being received with doleful looks, let me tell you. 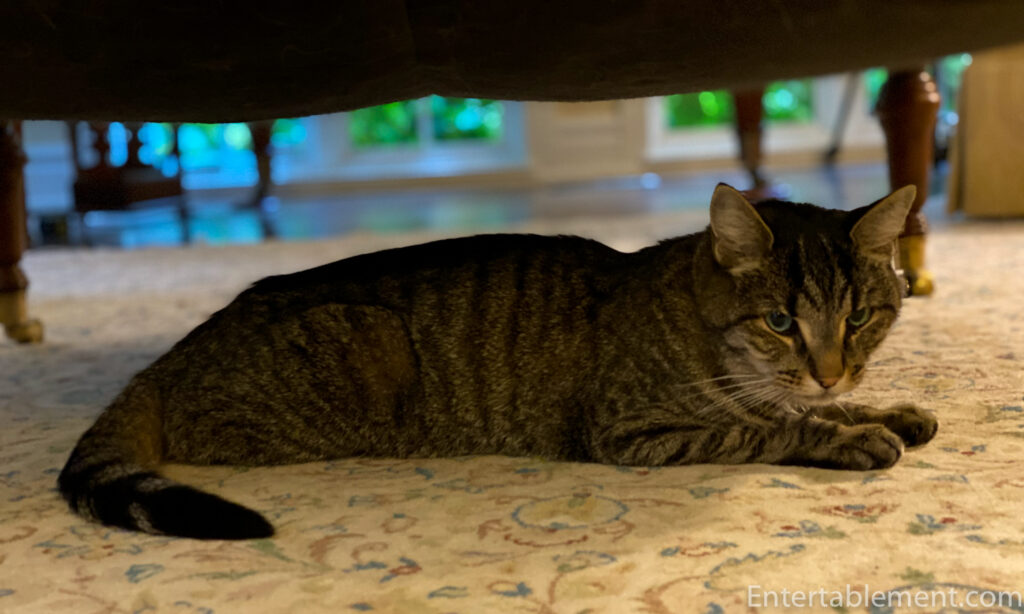 Have a wonderful rest of the weekend, everyone.