A Touch of Drama 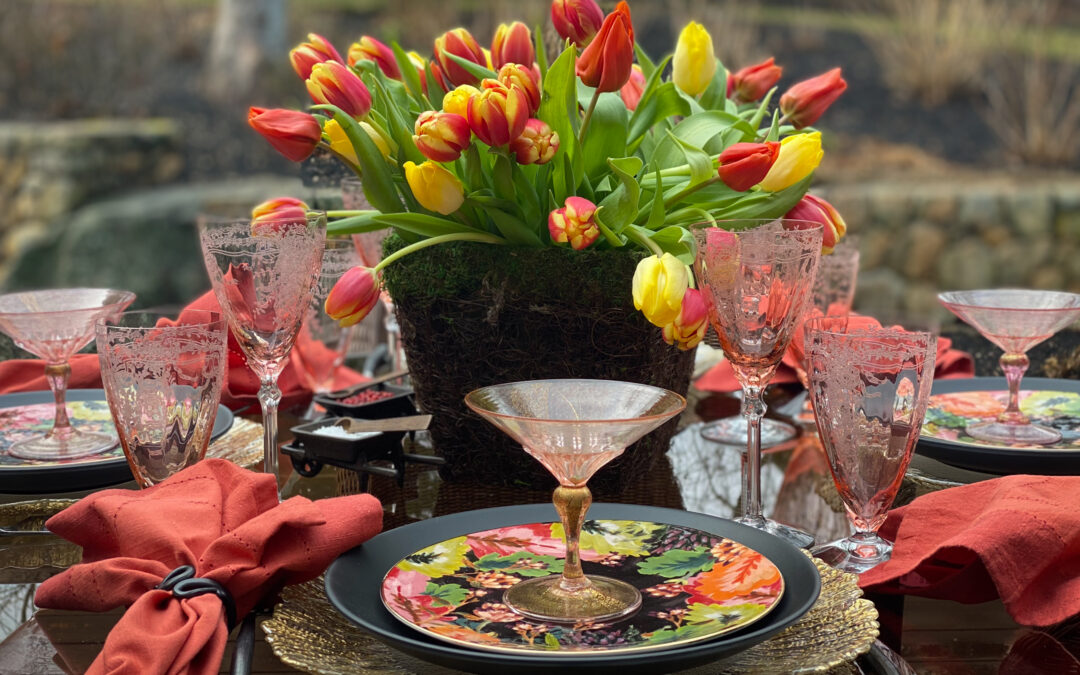 Drama, drama, drama. Though not a fan of it in my personal life, I’m all for it where it comes to tableware.

Henriette, by Anthropologie, made a brief appearance last year and has since retired to the wings. But what a performance! 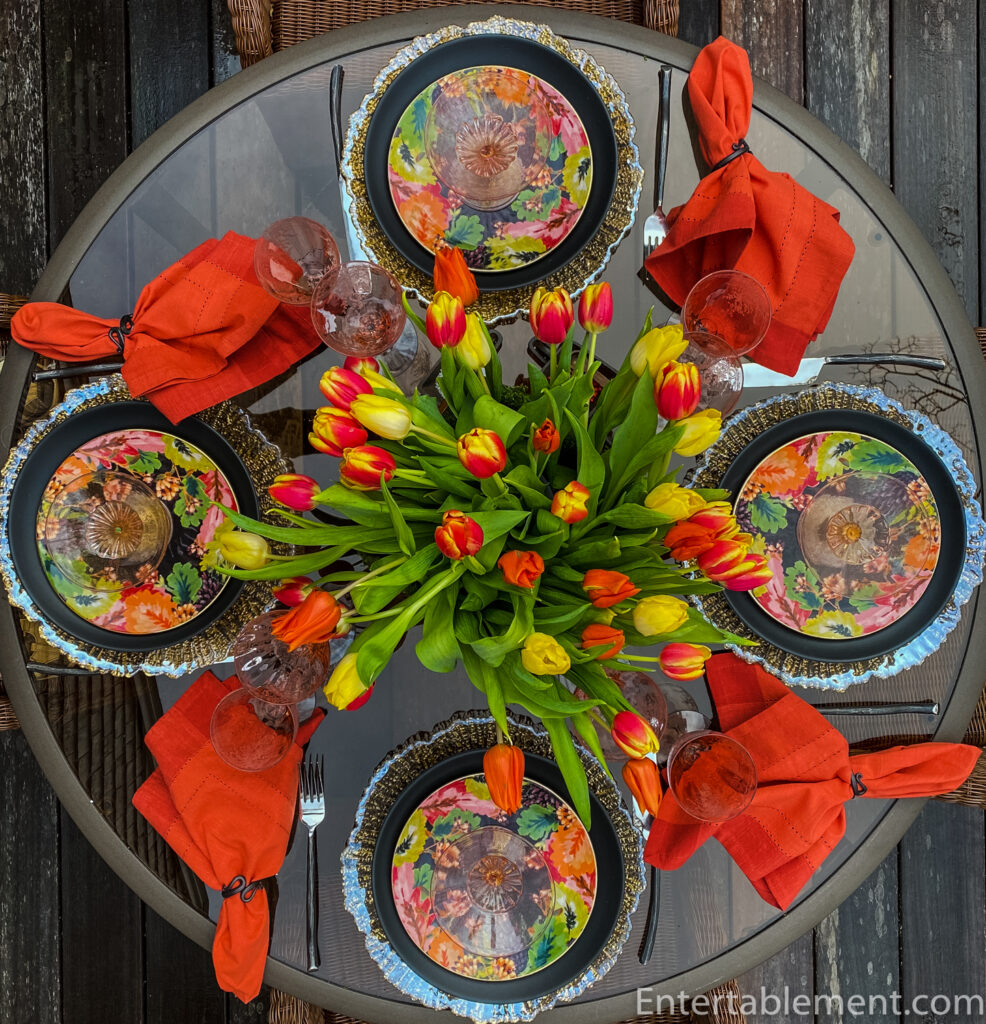 Vibrant orange, yellow, pink and green florals are striking on a deep black background. Who could ask for anything more? 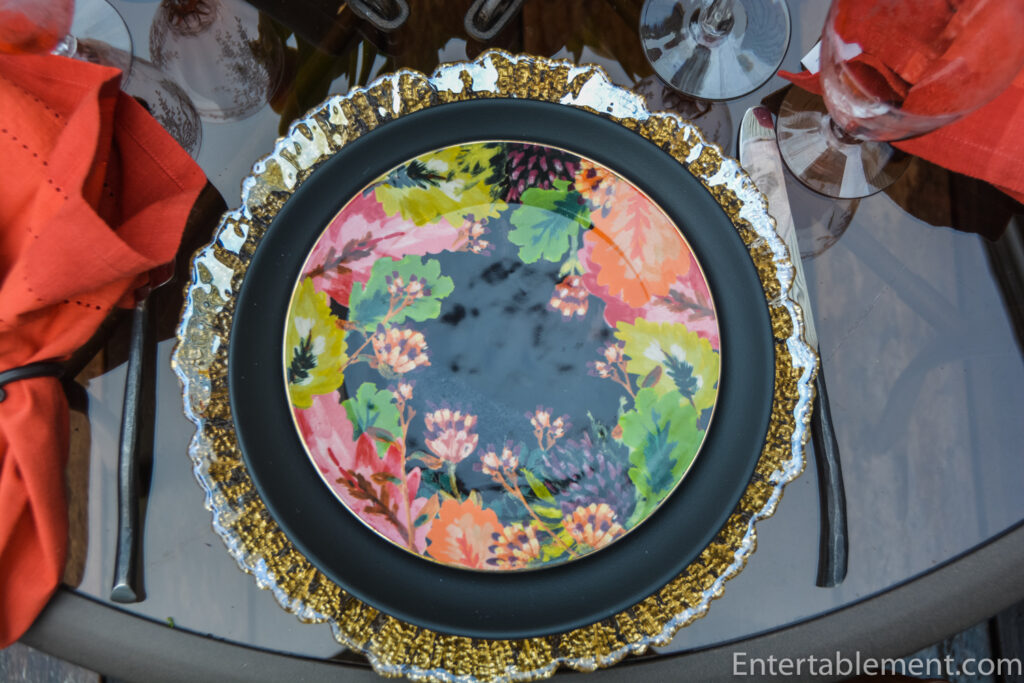 Dame Henriette was a cinch to style. I positioned her atop black dinner plates from Overstock and my oft-employed gold lustre charger plates (now available from the Web Restaurant Store, which has a HUGE selection of charger plates, by the by). 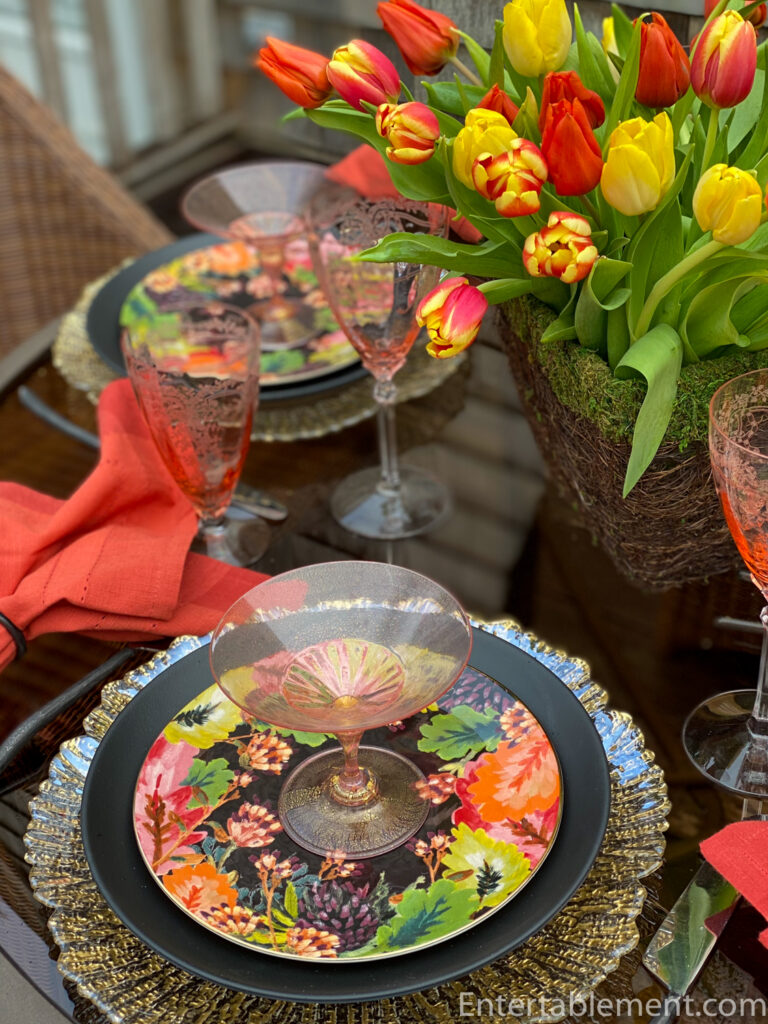 The softer shades of antique peach Venetian glass compotes and June Pink water and iced tea glasses were a soothing counterpoint to the already colourful table. 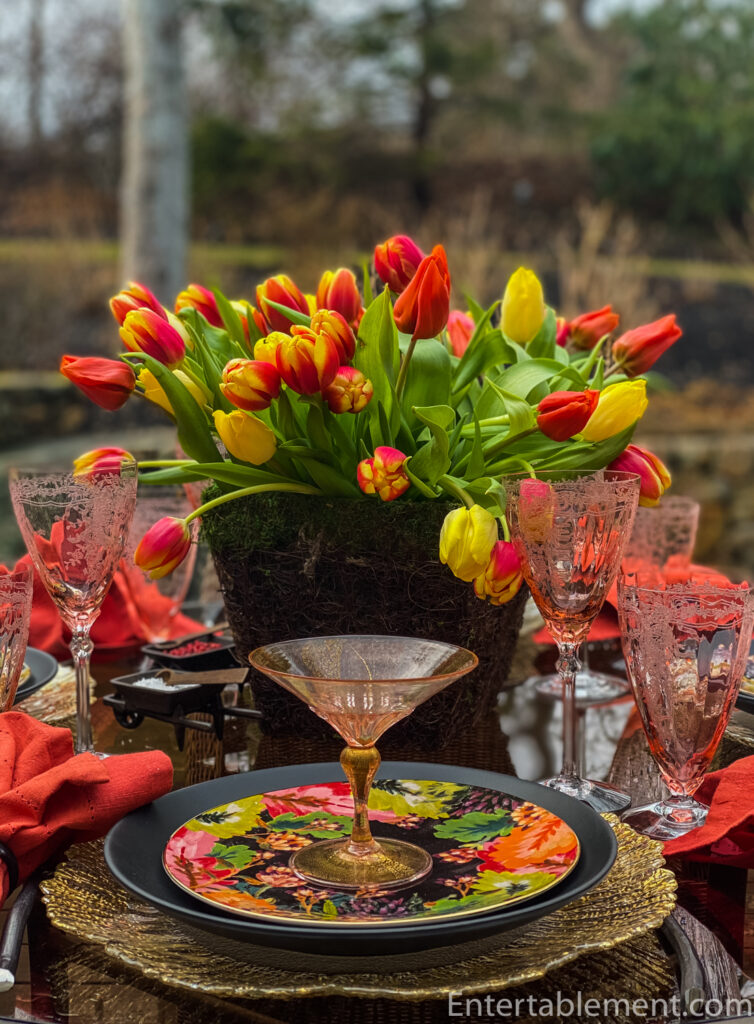 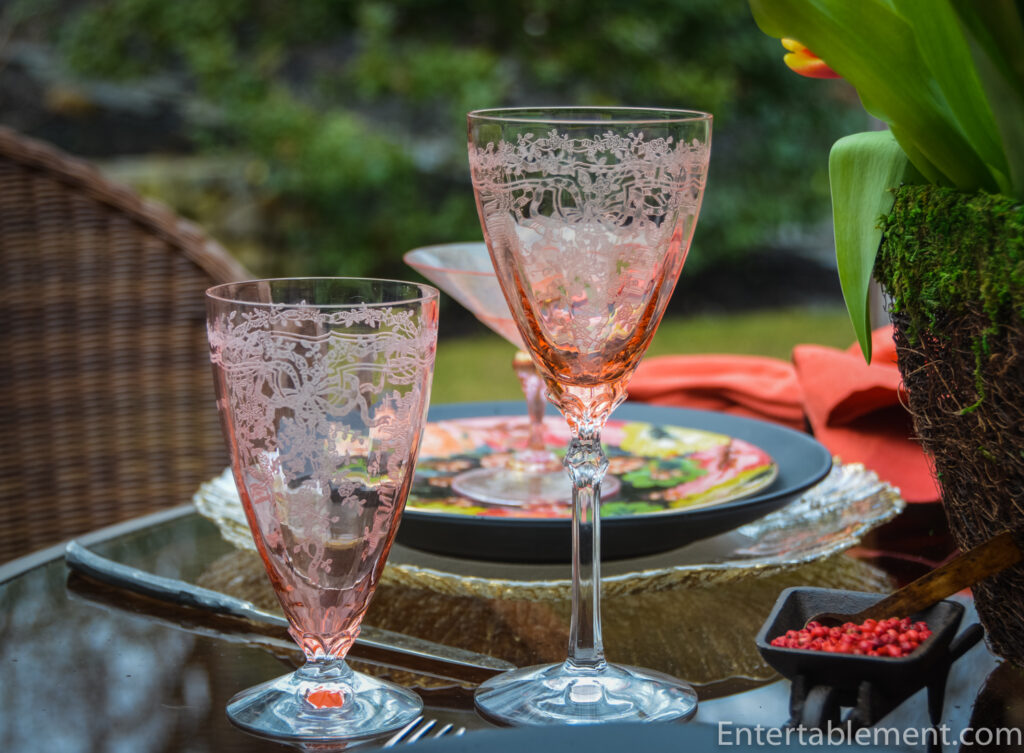 Isn’t it remarkable what a big bunch of tulips will do? They’re a long-lasting and inexpensive balm for the soul on these chilly winter days. 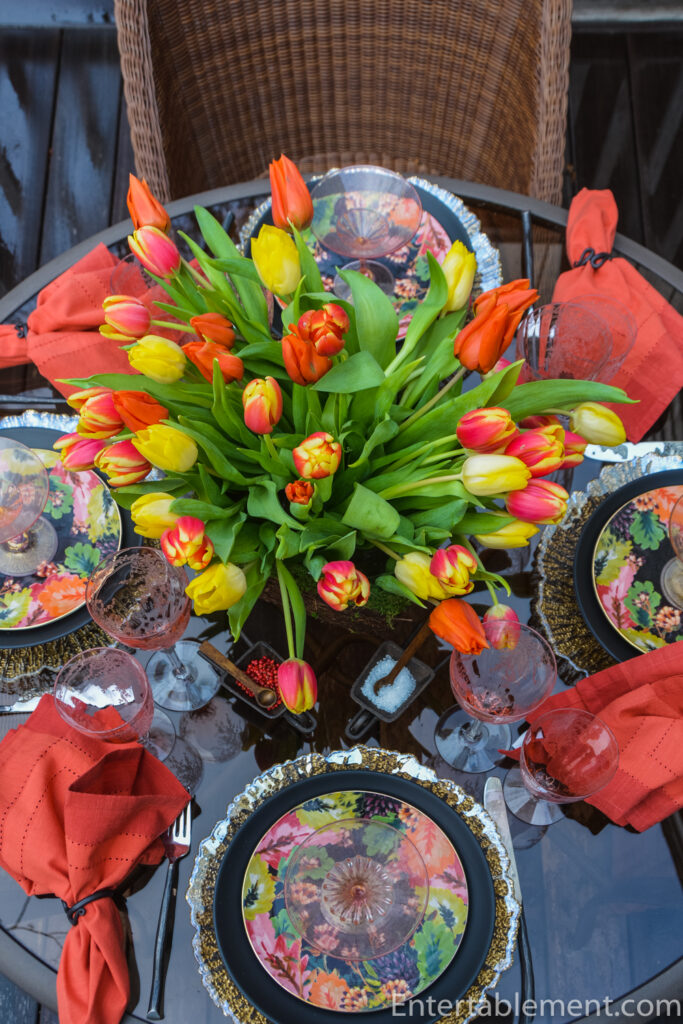 I debated using green or yellow napkins to pick up some of the other plates’ other colours but didn’t like the effect. It was too jarring. Orange hemstitched napkins, and plain black napkin rings settled in happily. 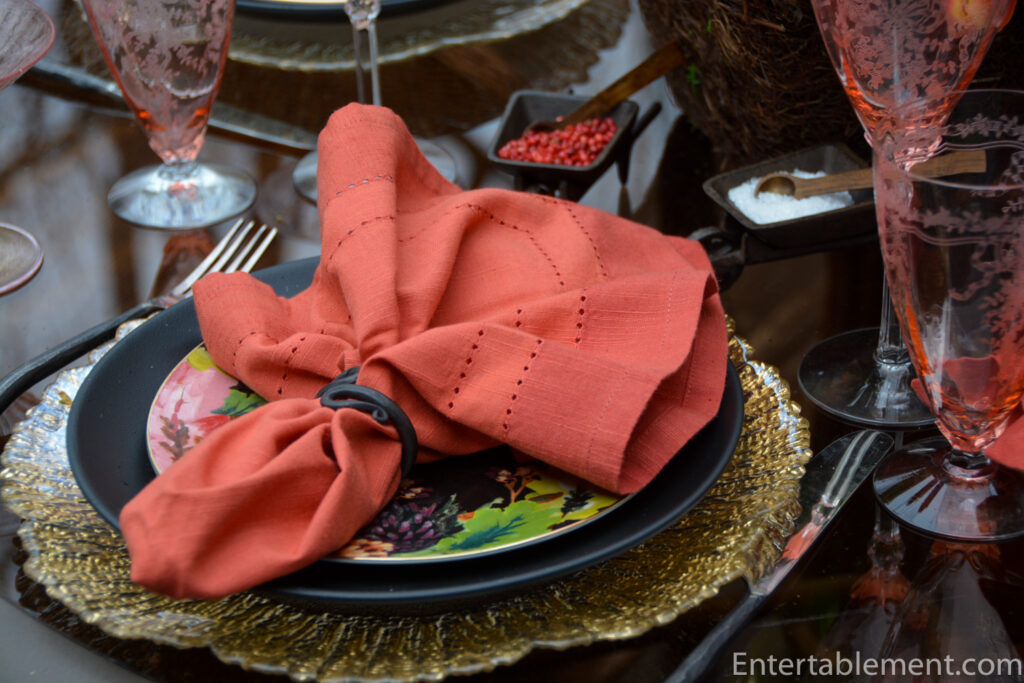 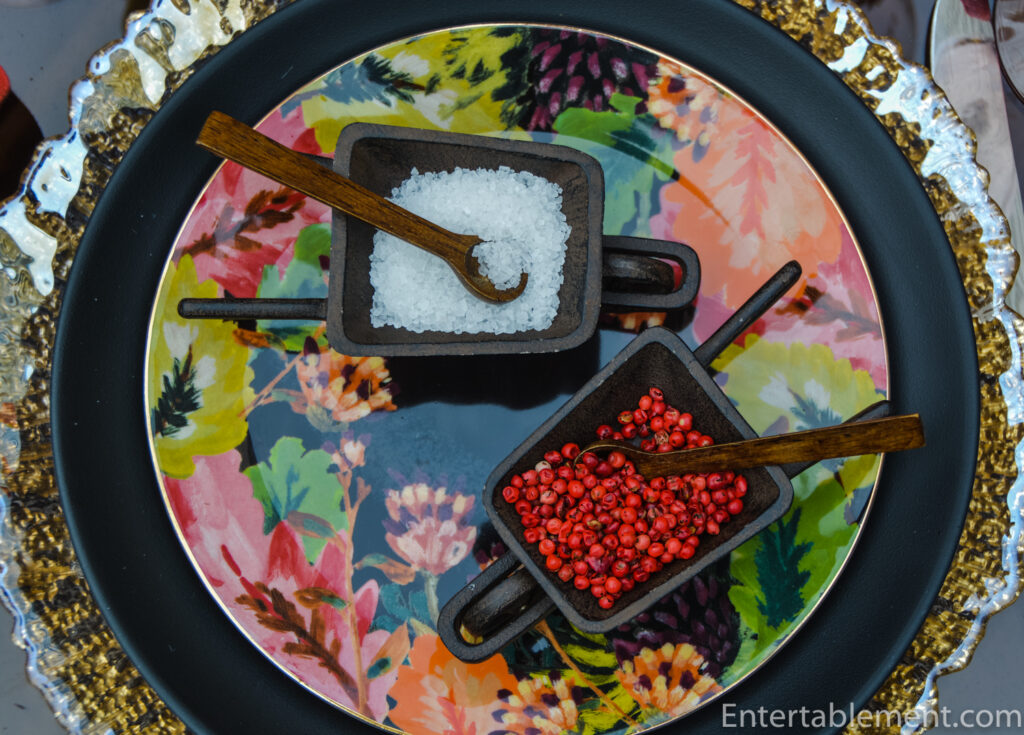 Speaking of outdoors, I quickly set up the table between bouts of misty drizzle, which lent other-worldly lighting. I worked at lightning speed, plonking down the tableware (gently), positioned the rest of the players, then stepped back and snapped some shots. It’s actually easier to work in cloudy conditions, but the incipient moisture that day was a bit more “cloudy” than is ideal. 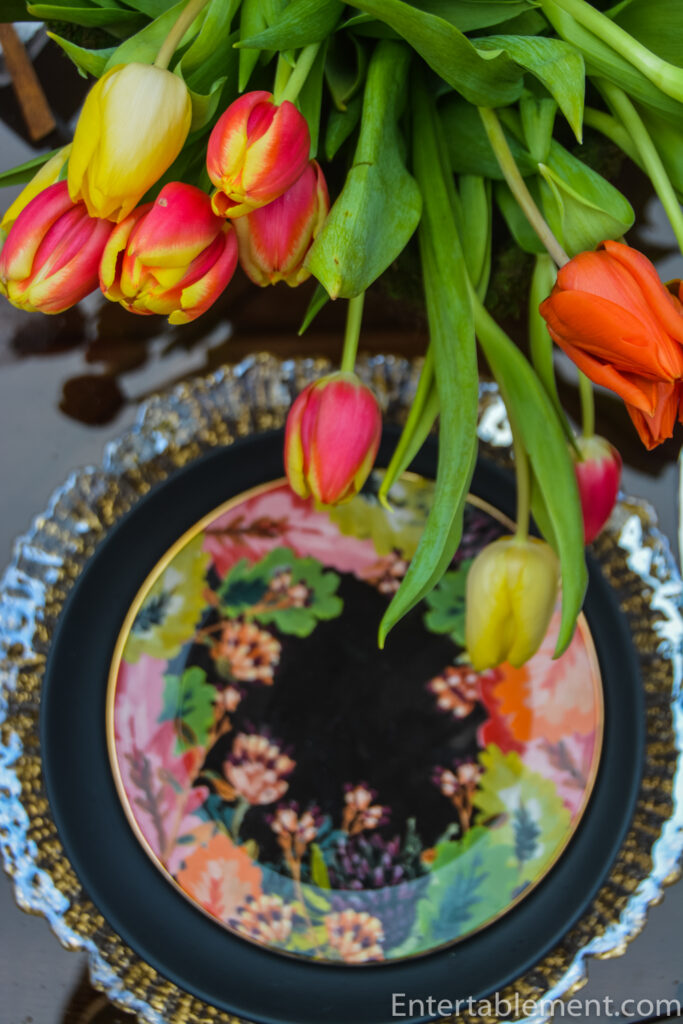 And that’s a wrap, folks! 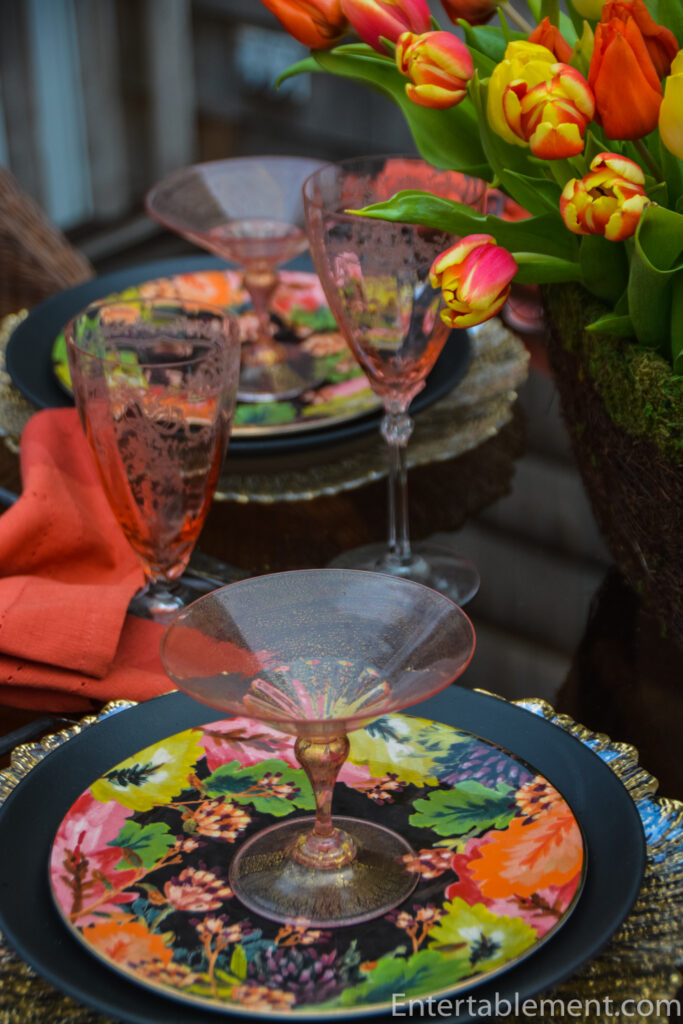 I hope everyone is staying warm and dry. What a ghastly time they’ve been having in Texas with an unusually cold spate of weather – rolling power outages over several days and lots of burst pipes, which has been very distressing for the residents. It’s one thing to have winter weather in the frozen North; it’s another thing entirely when you’re not set up for it. Yikes. 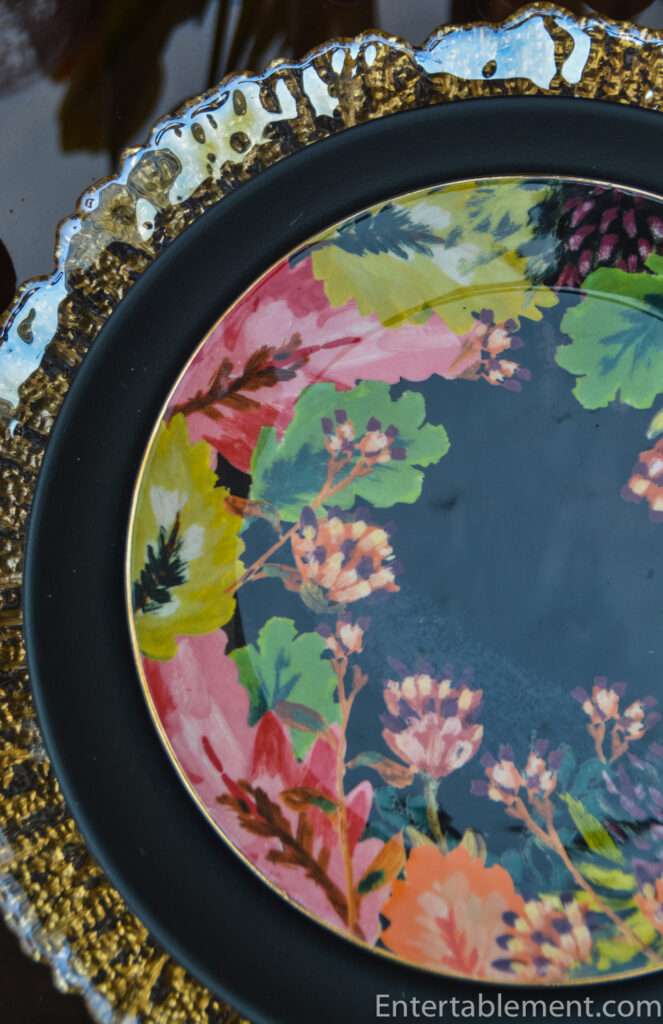 Temperatures look set to rise next week as we prepare to welcome in March. Will it come in like a lion or a lamb? However it arrives, daffodils are sure to follow. And then it will be spring. It can’t come soon enough for this girl.