A Cottage Table with a Berry Tart 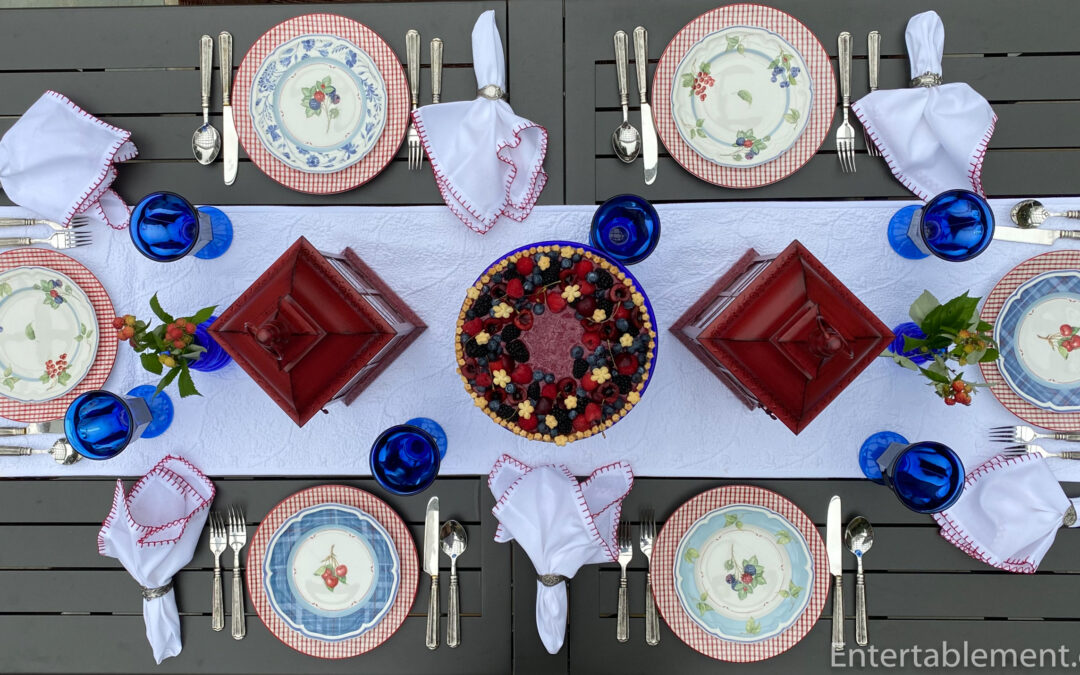 Villeroy and Boch are right up there with Gien in terms of high-quality, durable and beautiful tableware. 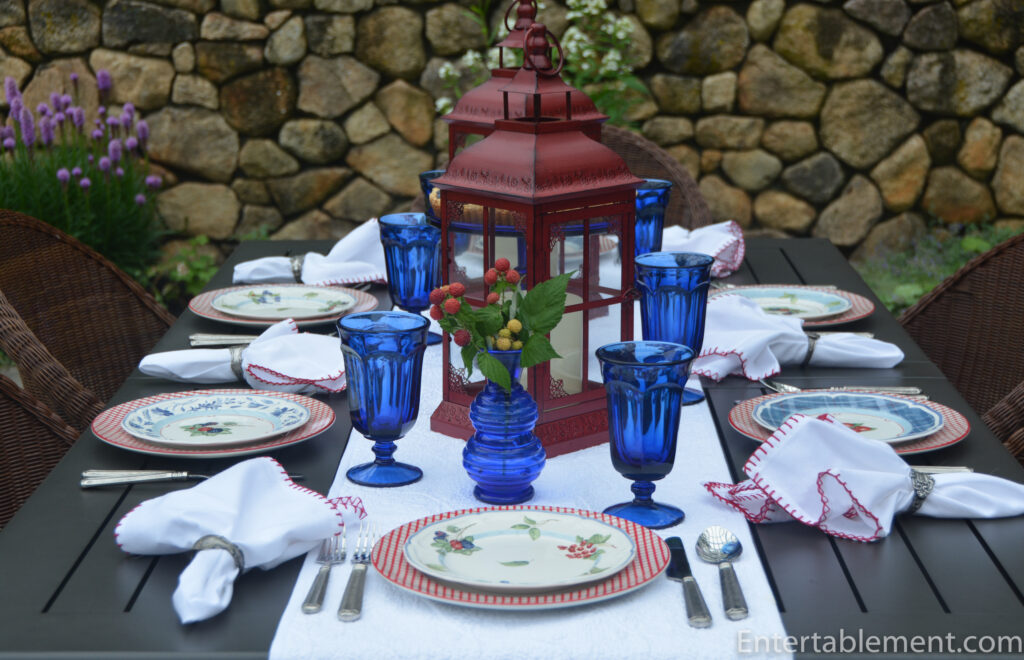 I was introduced to the Cottage pattern through Sophie Winston, from the Domestic Diva series by Krista Davis. Sophie is one of the two fictional Divas featured in Much Depends on Dinner. I’m always intrigued by the china patterns mentioned in the books, and the latest mystery, “The Diva Serves Forbidden Fruit”, mentioned the Cottage pattern. Unfortunately, it’s just been discontinued, having run from 2004 to 2020.  Macy’s was having a sale…what can I say? 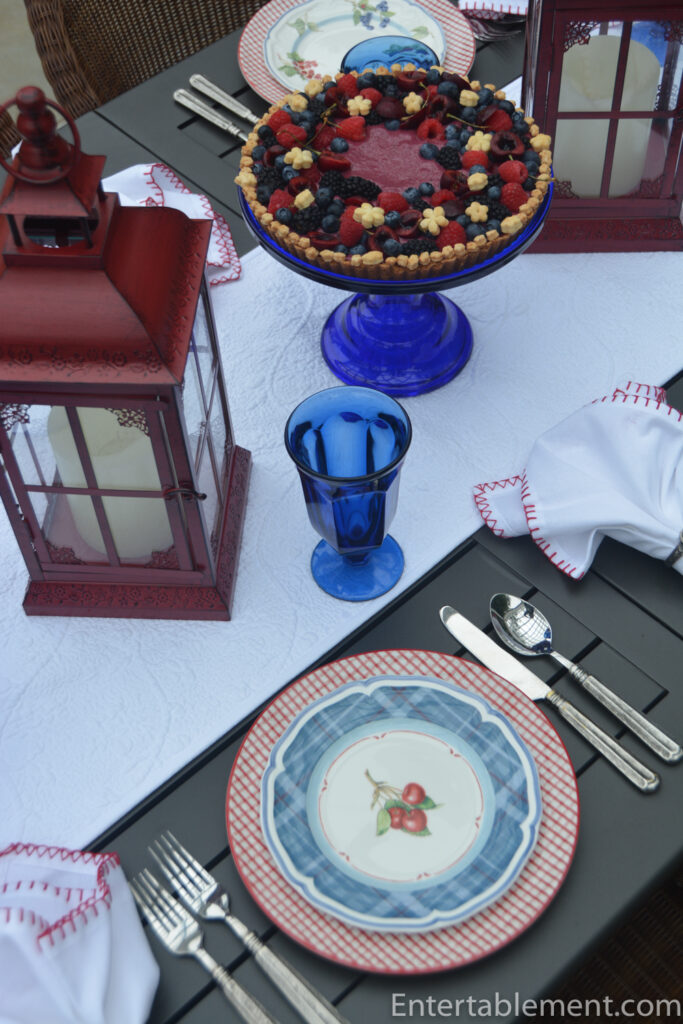 There are six different salad plates, all featuring berries—raspberries, blackberries, blueberries, currants and cherries. The dinner plate is the same as the salad plate shown below. I opted to get the salad plates only, as I thought they all went well with Ralph Lauren’s Homestead pattern. 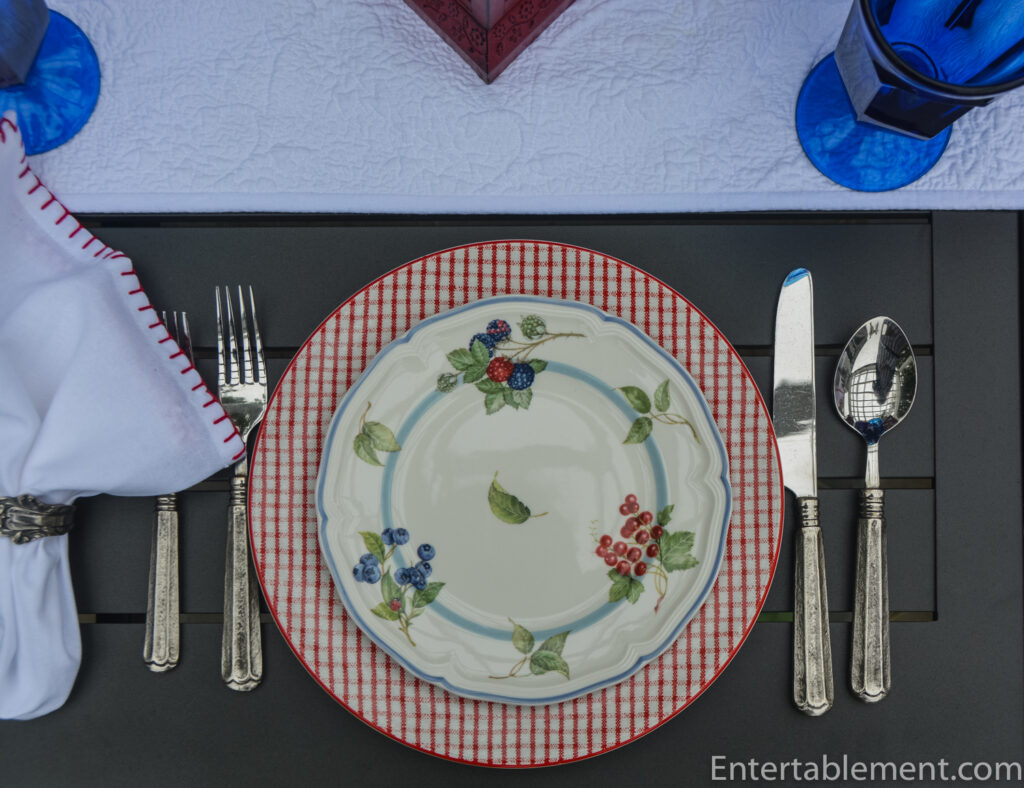 Four of the salad plates are predominantly blue. 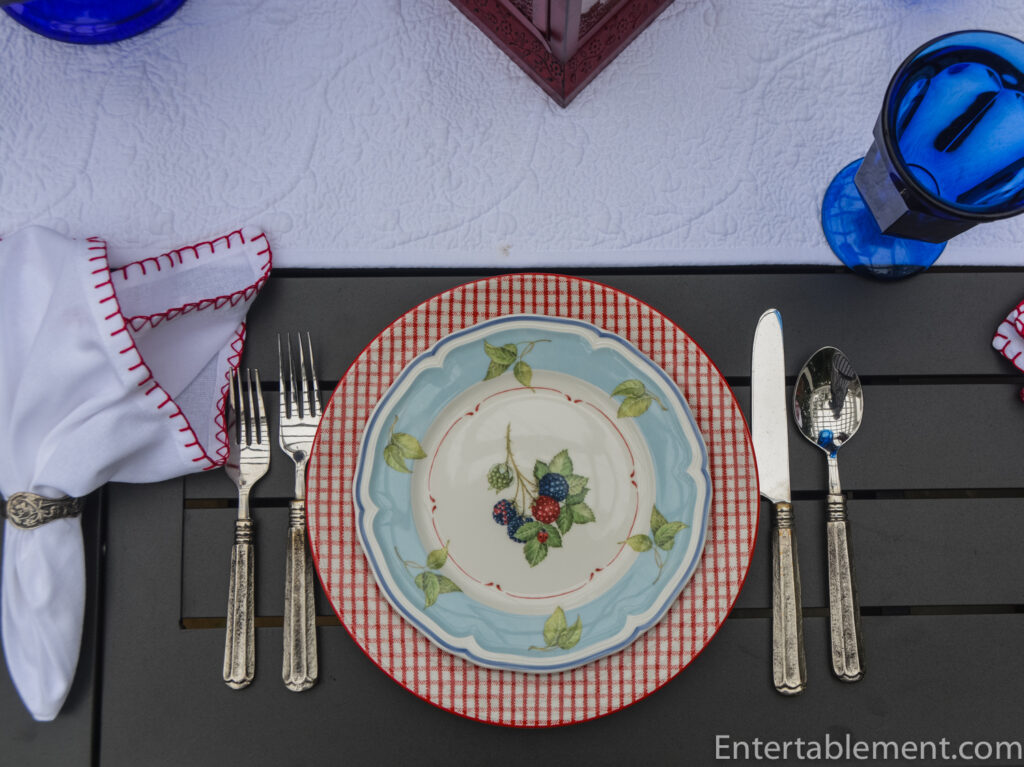 All have a scalloped edge outlined in soft, French blue, similar to Gien’s Filet pattern. 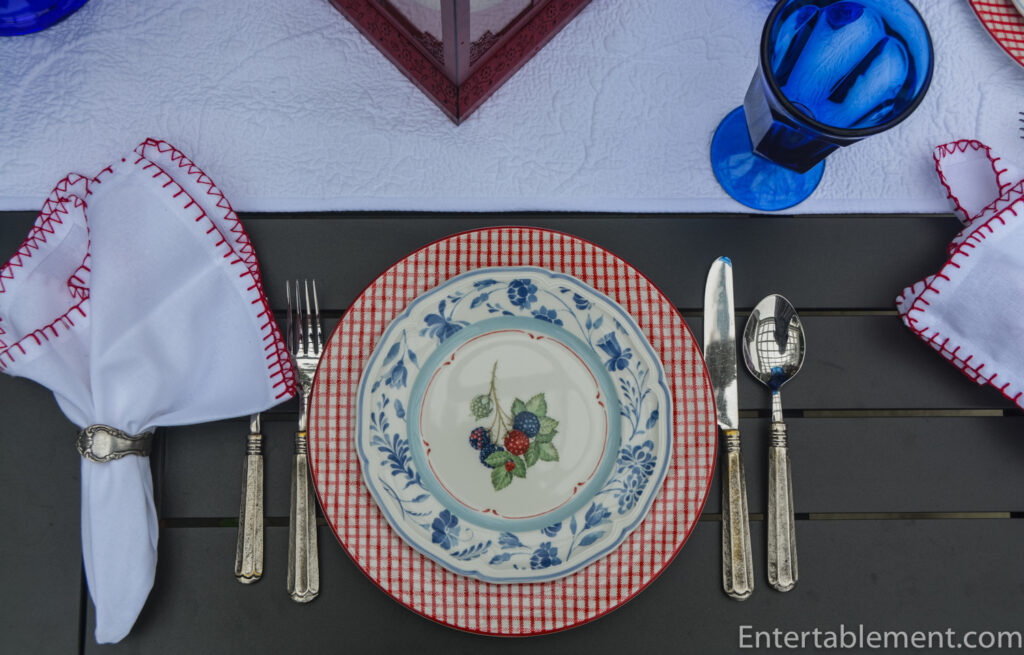 The fine red line outlining the fruit-filled centre is an interesting detail. 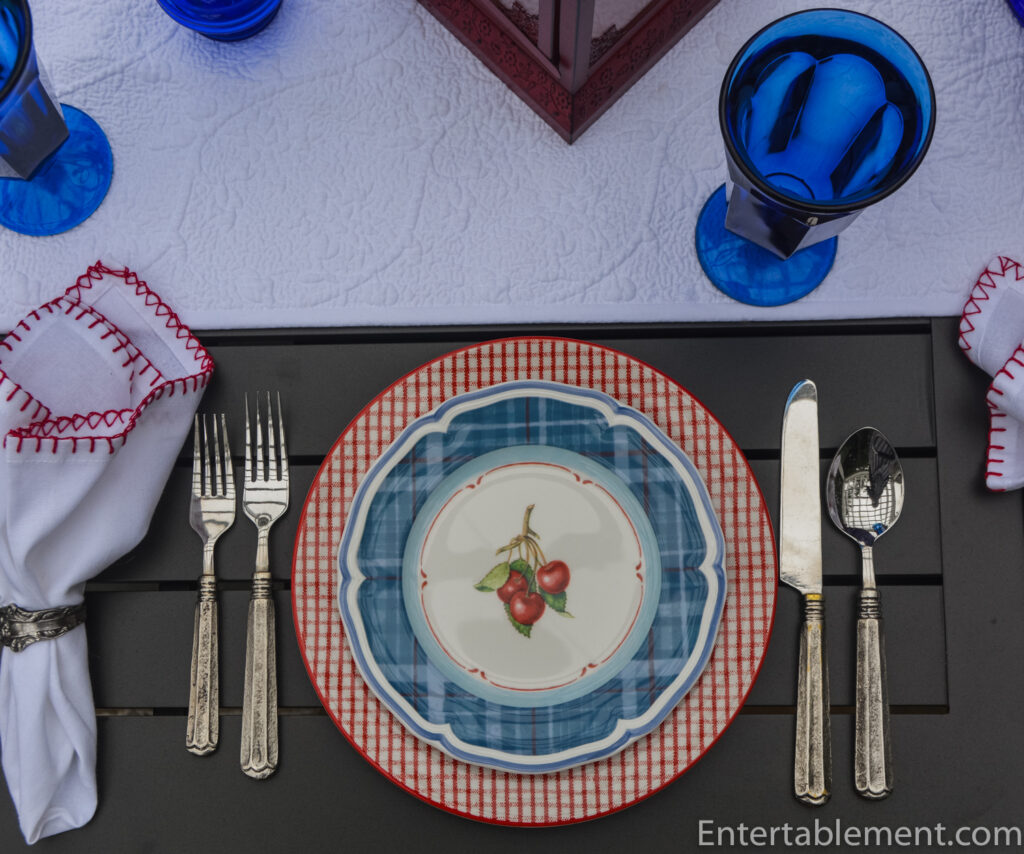 The red salad plates required more sleuthing. I think they were a special edition released somewhere within Cottage’s 16-year production. I managed to track down two of each of them and saved them for a future table. There was already quite a bit of red going on here, between the blanket stitching on the napkins and the red gingham of the Homestead plates. Plus the red lanterns and, of course, the Mixed Berry Curd Tart. 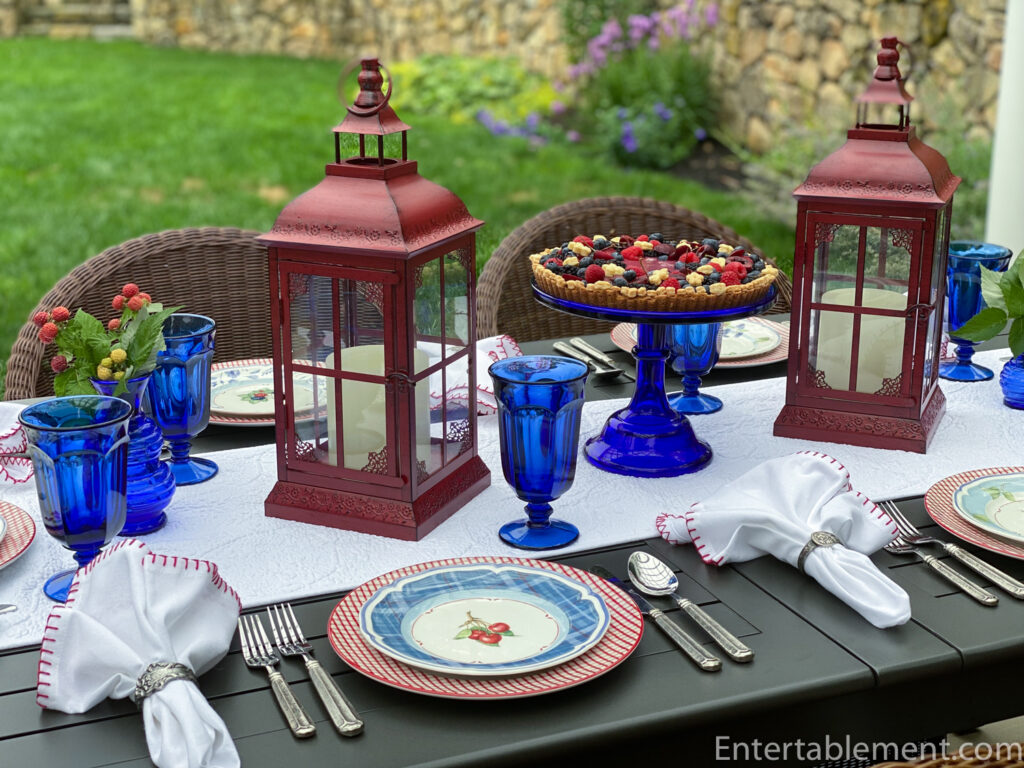 A sweet shortcrust base holds a mixed berry curd filling, which supports a wreath of fresh berries. It lasted about seven seconds, between neighbours and friends. 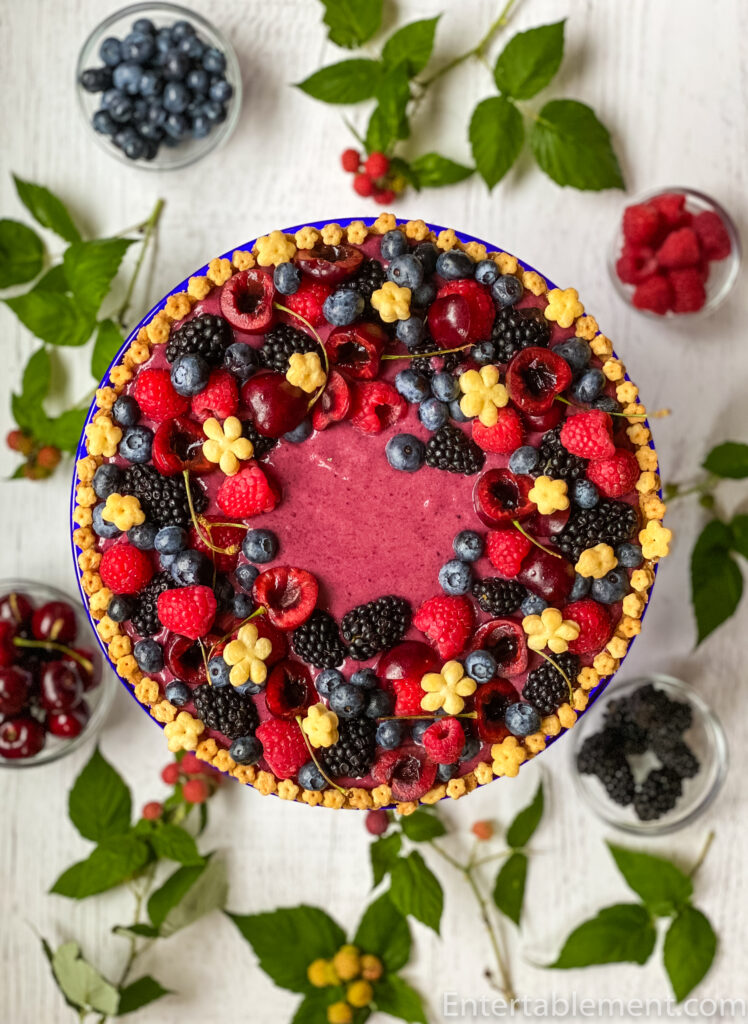 The garden is starting to look a bit shop-worn. You can tell we are getting close to August. 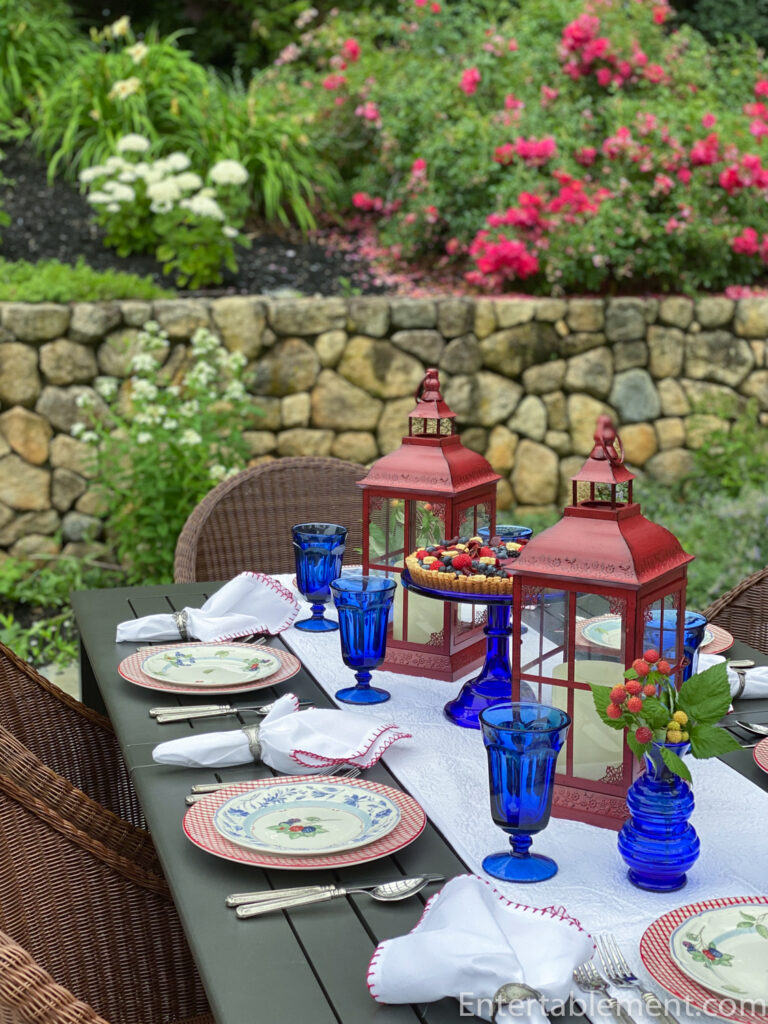 I found some wild blackberry or black raspberry vines on one of our morning walks. The berries turned a deep purple within a couple of days of me taking this shot, including the golden ones. I was fascinated by how the berries continued to ripen, even without exposure to sunlight. 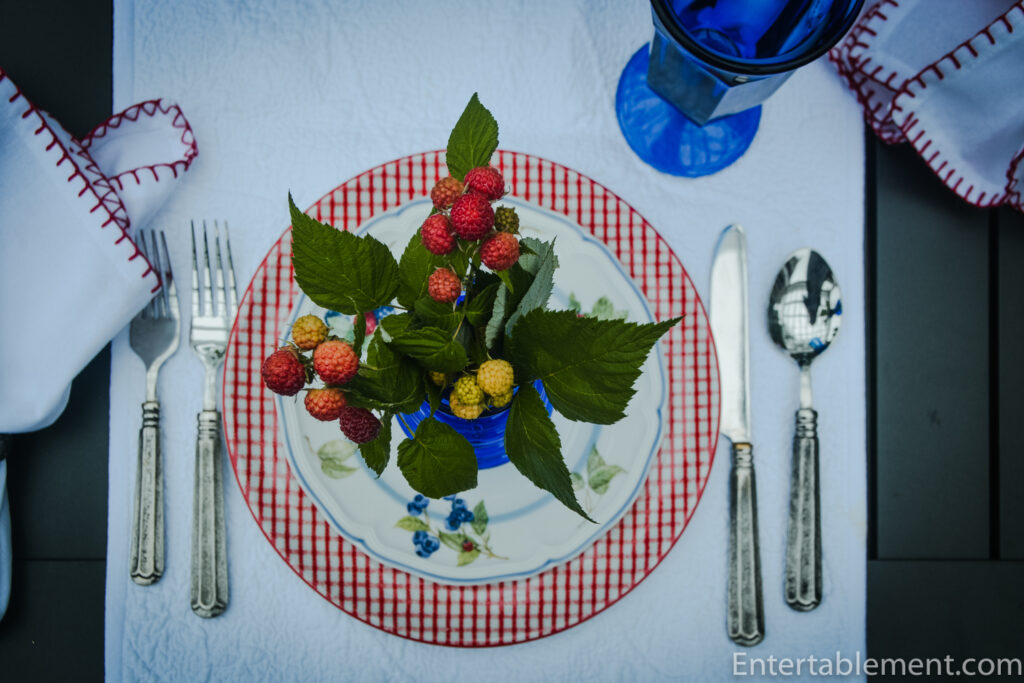 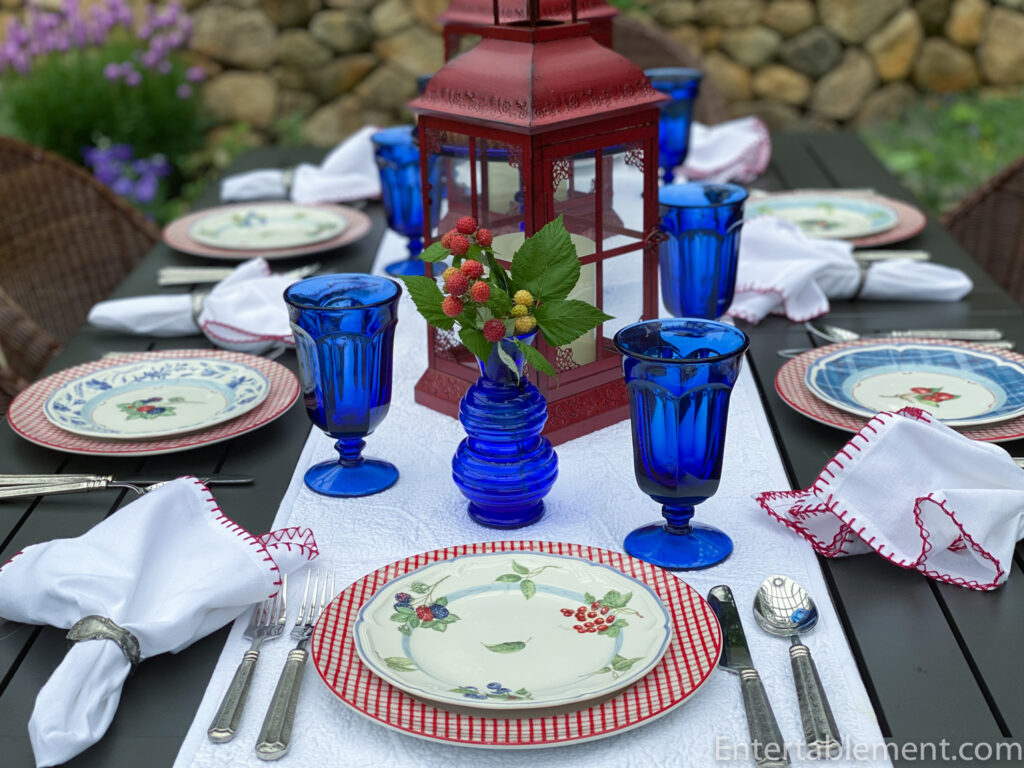 A very summery table with a deliciously edible centrepiece. 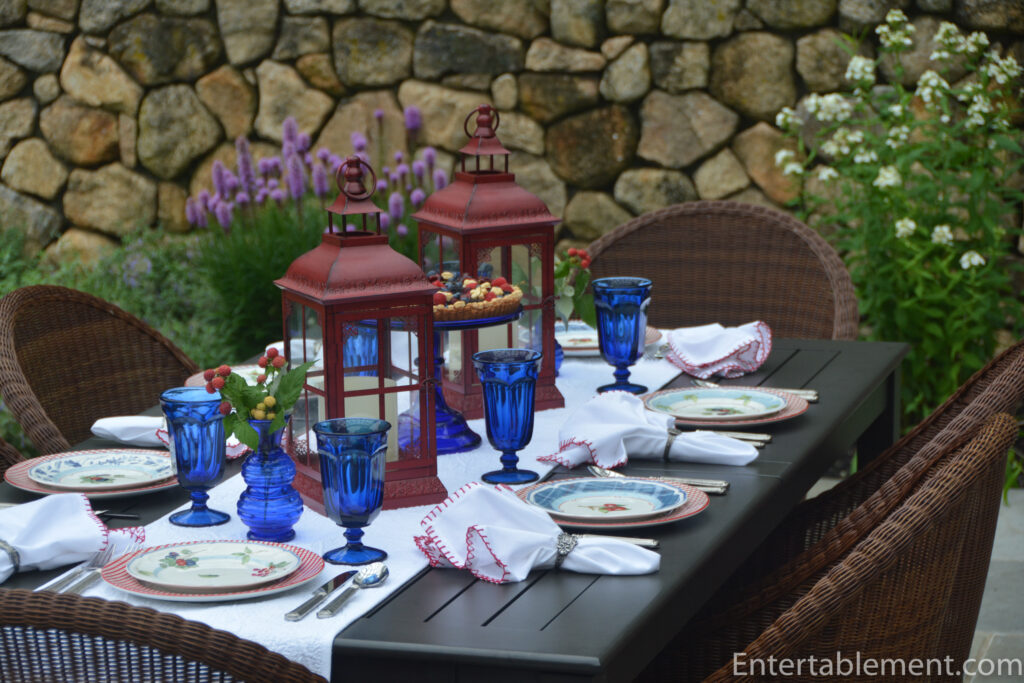 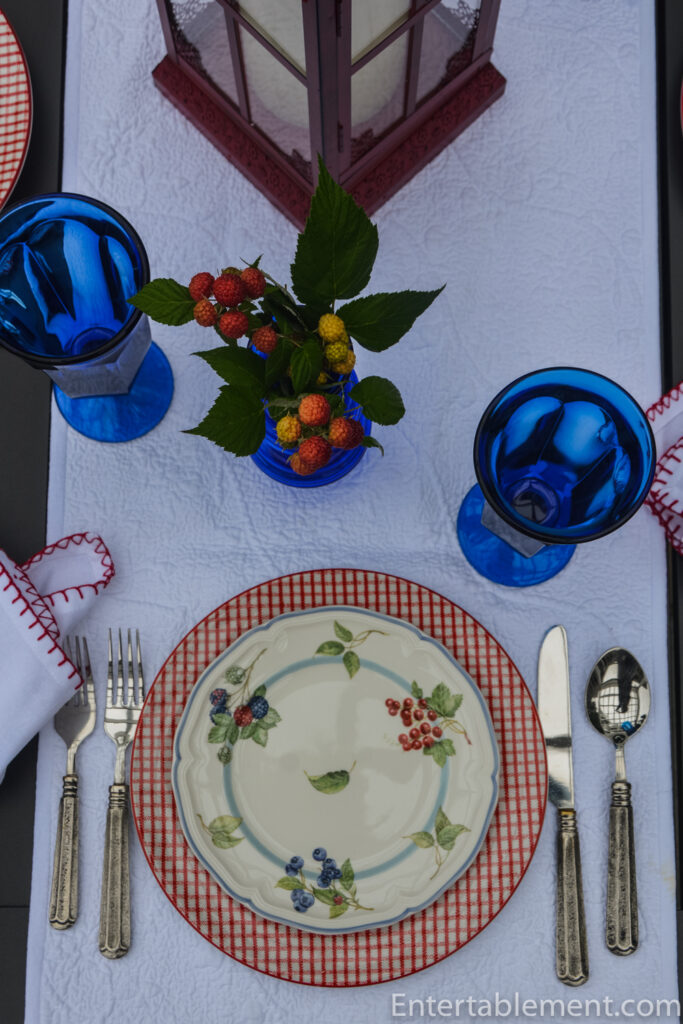 I’ll leave you with a final shot of the Mixed Berry Curd Tart. The recipe is in a separate post for those readers who want to dig more into the intricacies of baking. 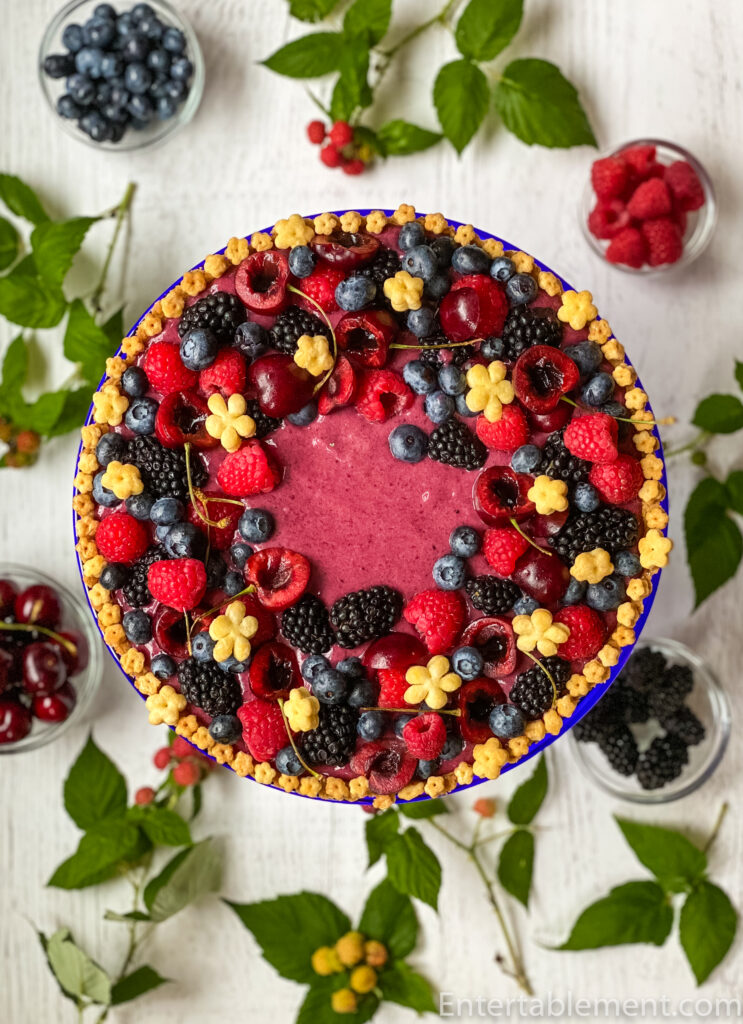 Everyone else, enjoy the weekend!