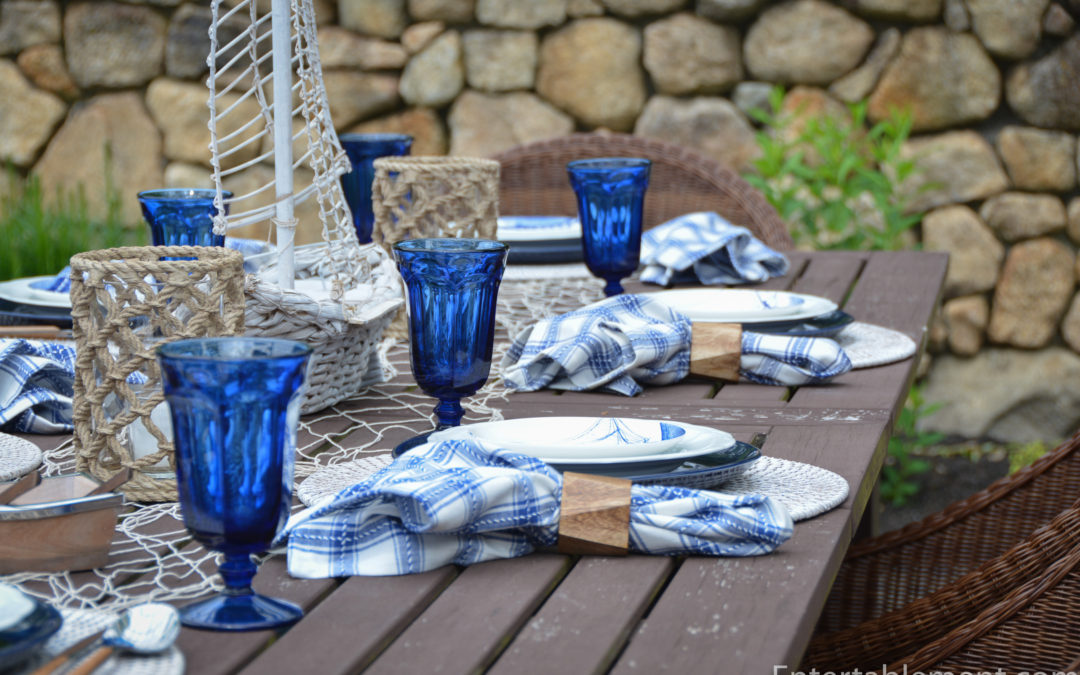 A nautical classic with a modern twist! 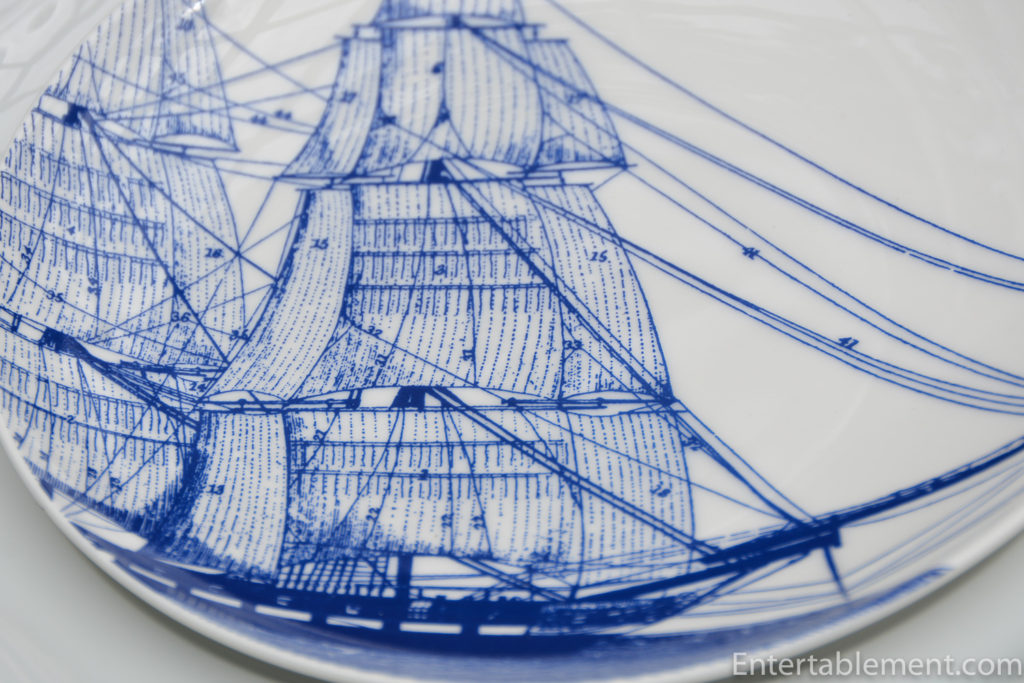 Anthropologie brought out this set of six appetizer plates this spring and it’s already sold out. Called Caskata Rigging, it is a fine addition to their From The Deep dinnerware. 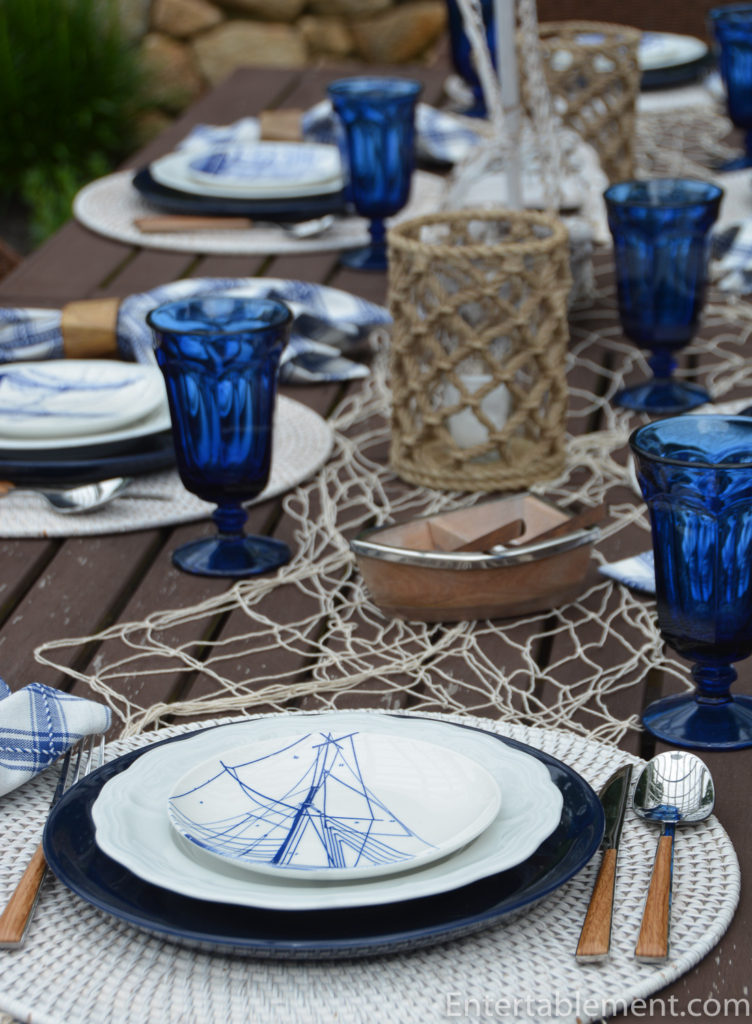 Inspired by the New England Coastline, the line drawings of sailing ships are striking. 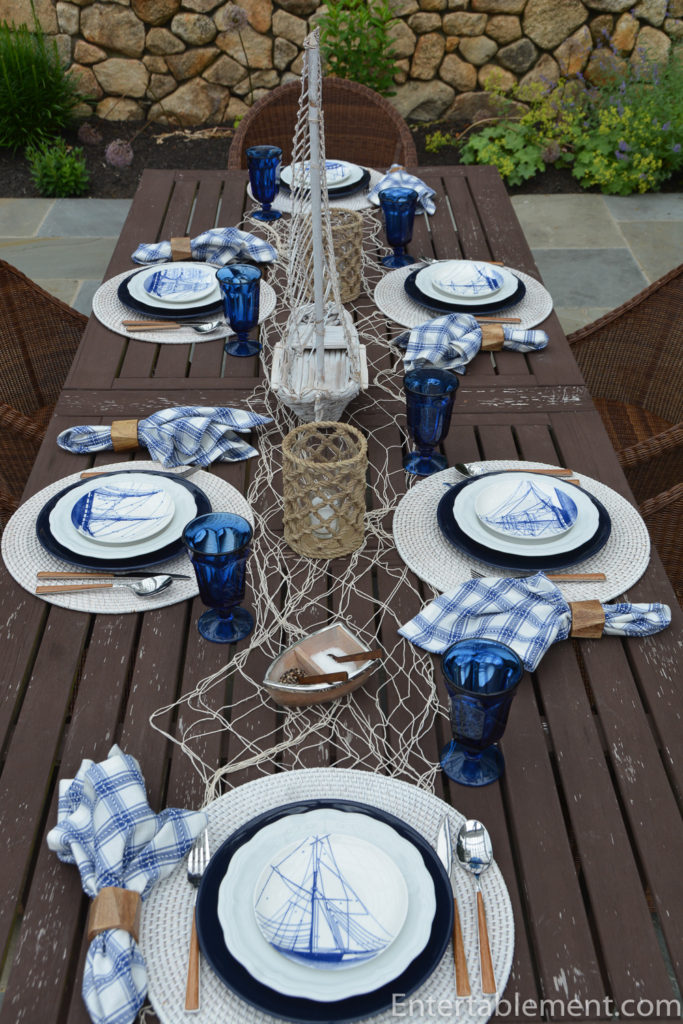 I couldn’t wait to style a table with them. 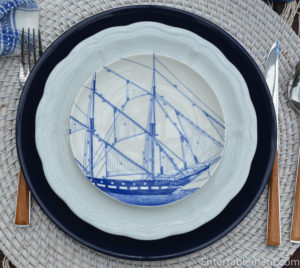 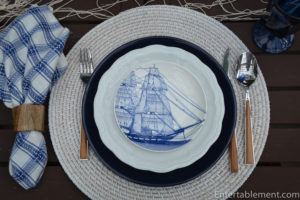 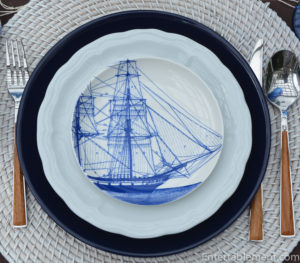 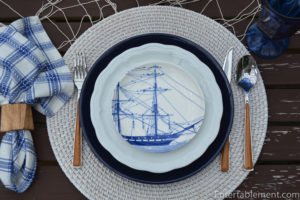 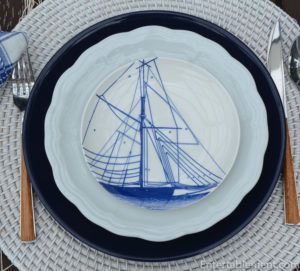 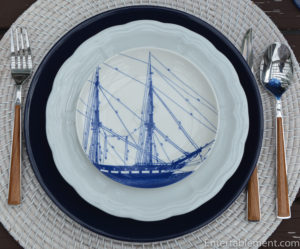 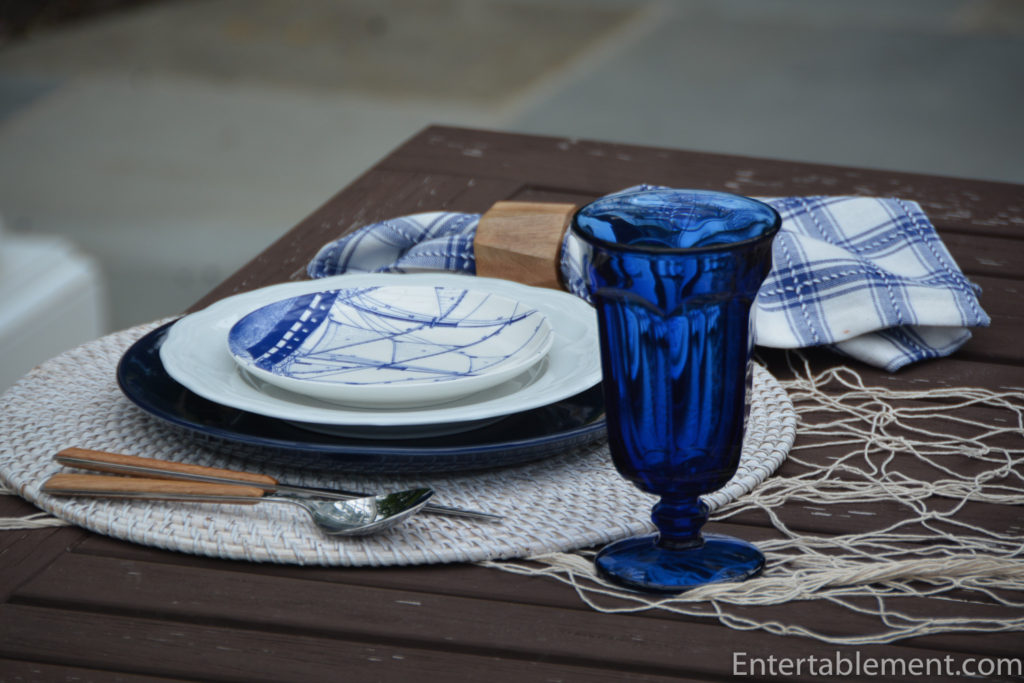 The more sombre navy of the Pacfica Dinner Plate by Williams Sonoma was set off by the crisp white of the Queen Anne Pillivuyt salad plate, topped by the Caskata Rigging appetizer plates. 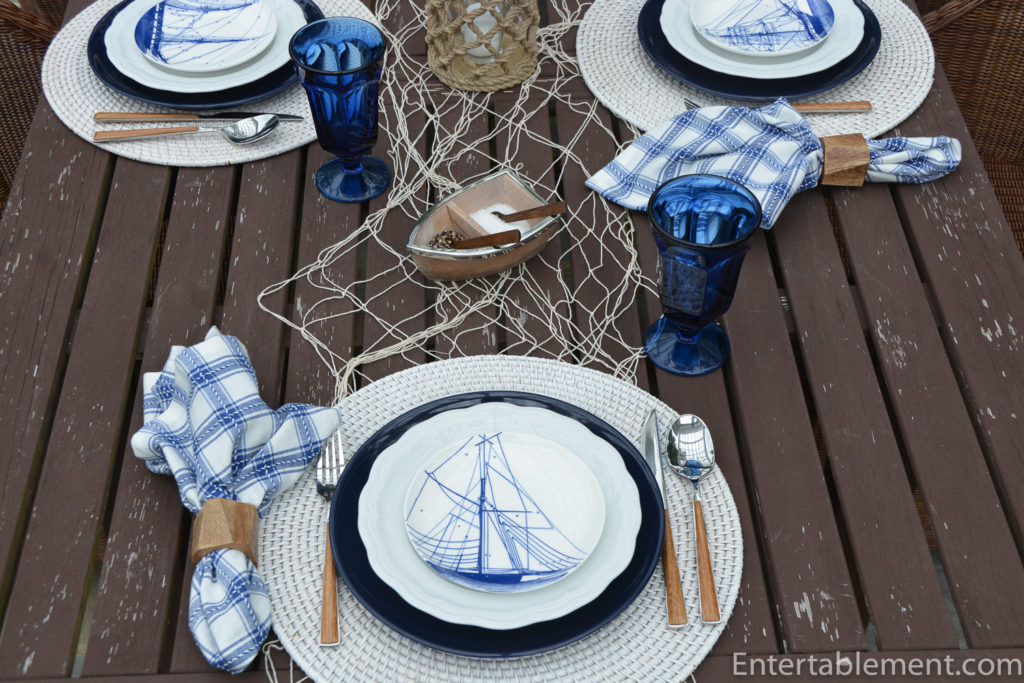 A fishnet from Amazon made a fun runner and the wooden boat open salt from Pier 1 last year, floated happily on the surface. 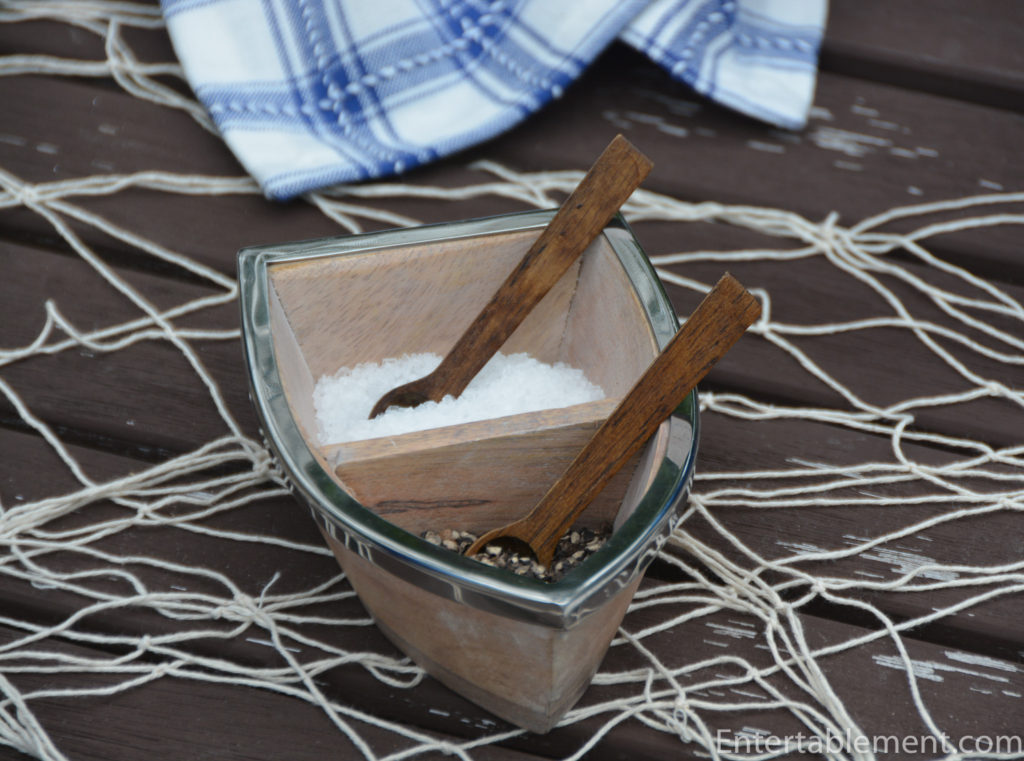 Montauk Twisted Rope Blue Napkins from Pier 1 last year picked up both the royal and navy blues beautifully.  Sawyer cutlery and wooden napkin rings are both by World Market. 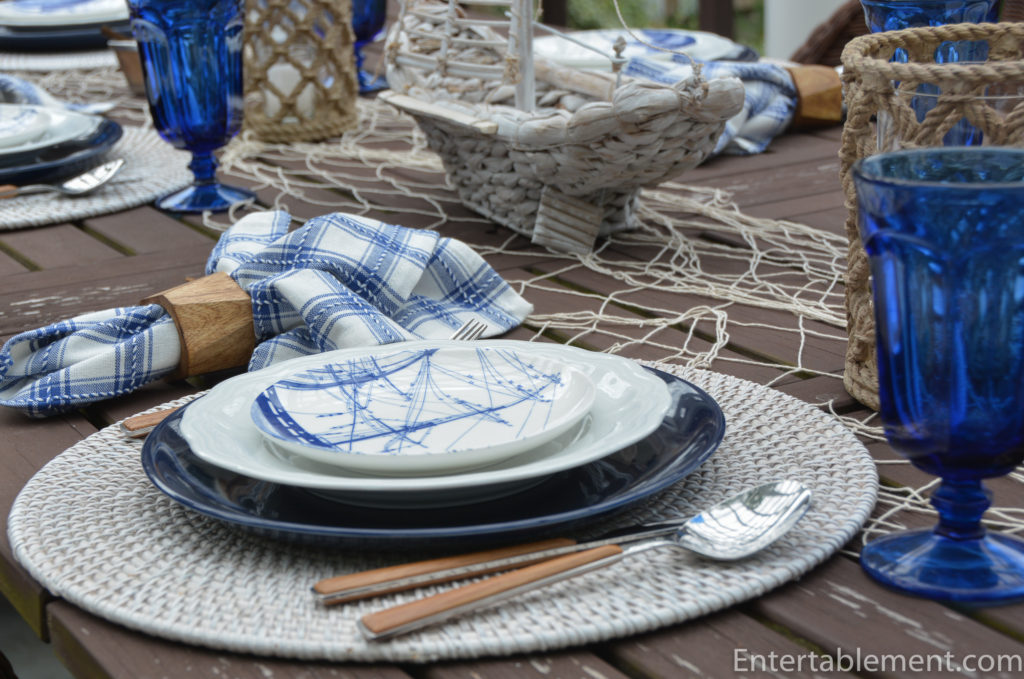 The rattan sailboat was a HomeGoods find. 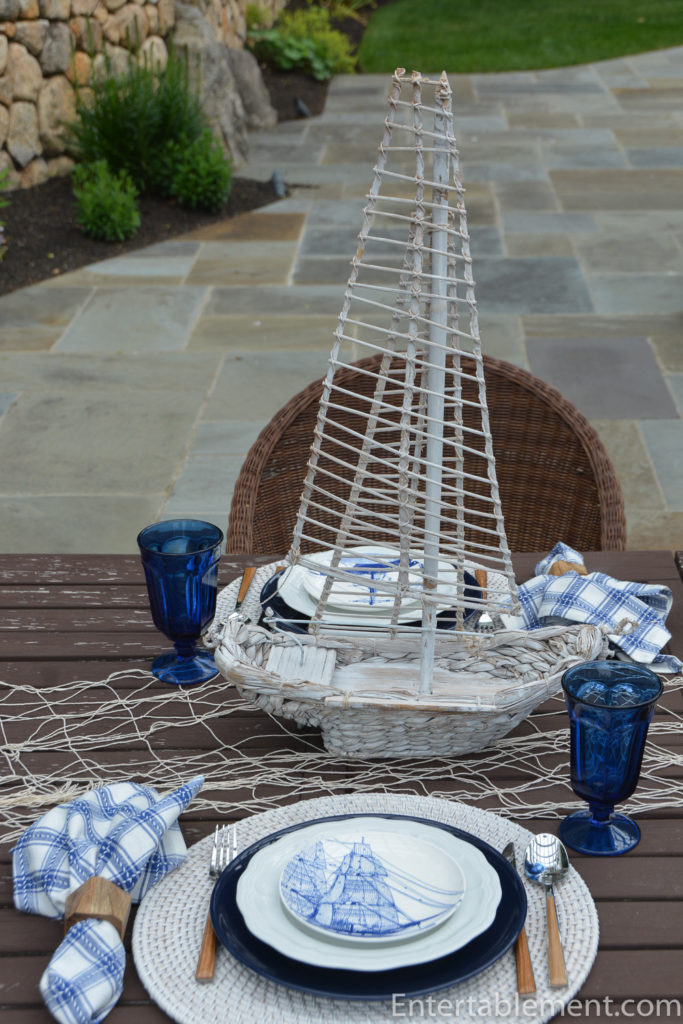 I really enjoyed the beautifully rendered sailing ships on the plates. The detail is lovely; the rigging is all numbered. 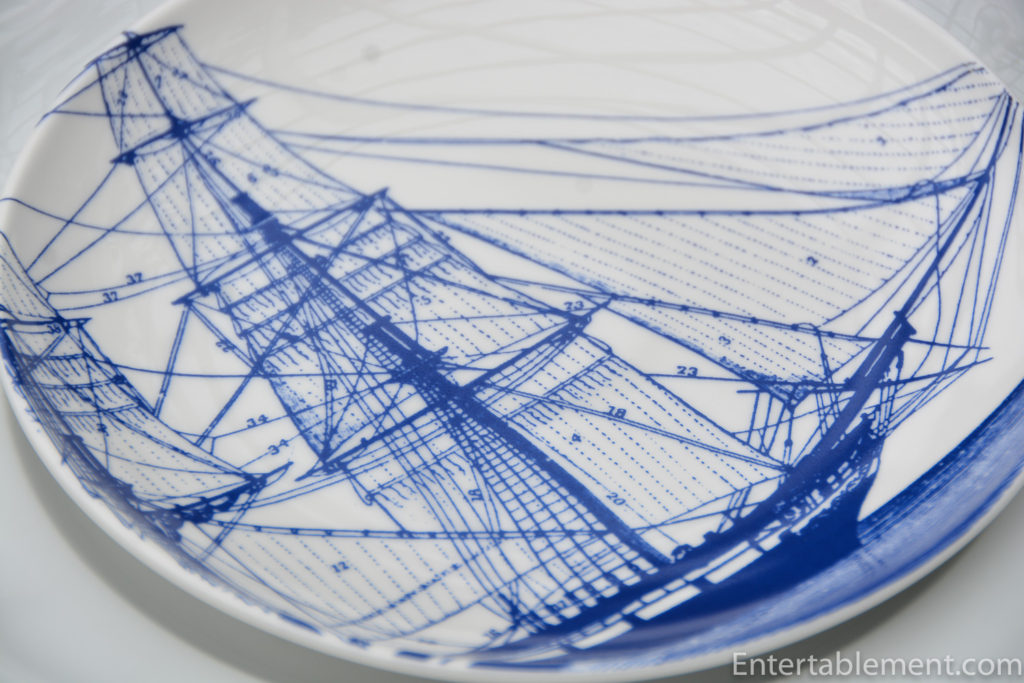 On our last trip to England, we visited the Historic  Chatham Dockyards where they have been making rope since 1618. Rope was essential to the Royal Navy, as a first-rate ship of the line required over 30 miles of rope – over 20 for its rigging alone. 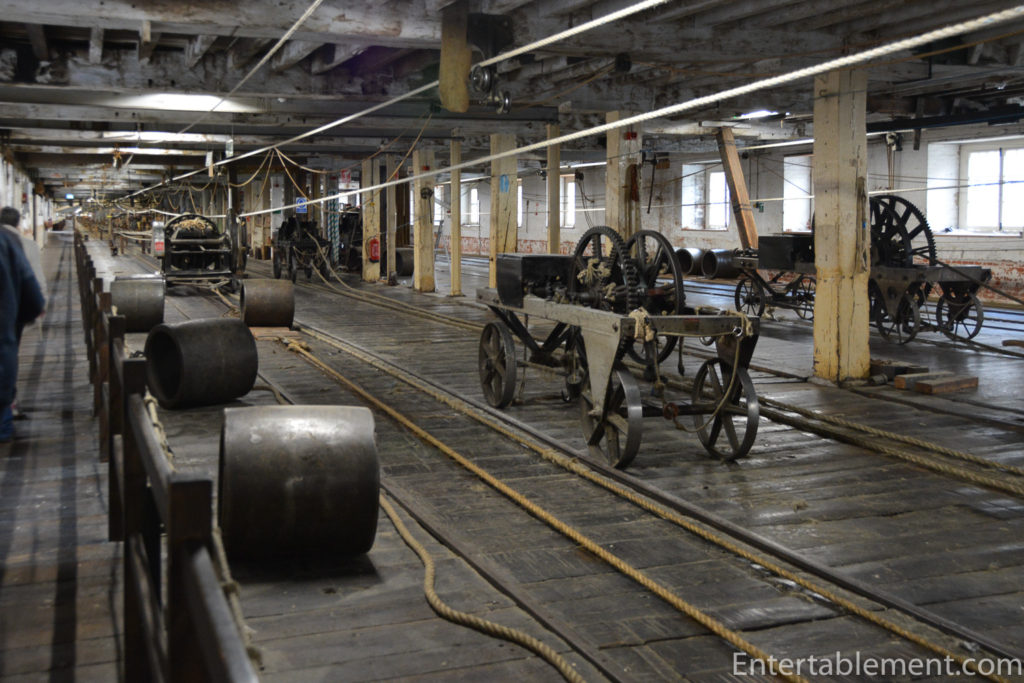 Rope fibres twist up to about one-third of their original length as they are twisted round and round to form a rope. An anchor rope on a first-rate British Navy sailing ship had to be 240 ft long, and one didn’t want a knot in the middle! So the rope walk where the rope was made needed to be at least three times that length, with the additional allowance for the added shrinkage from several strands of rope, twisted together to make the very thick anchor rope. Whew! Here are a few examples of the rope they make. 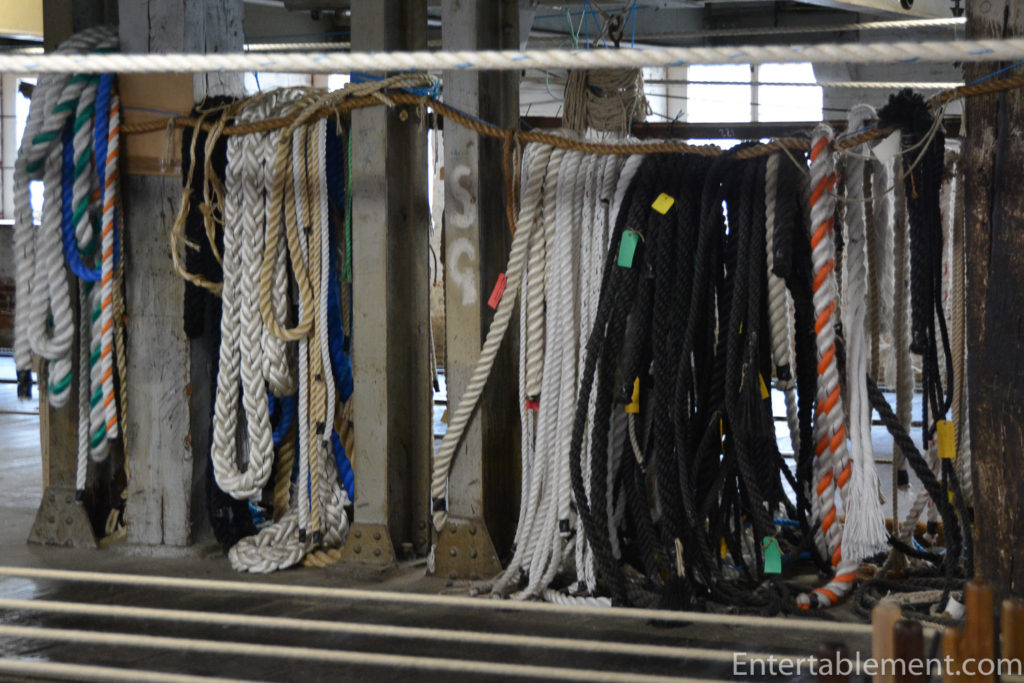 We saw a fascinating demonstration on how rope was made. It gave me a whole new appreciation for the intricacies of building and outfitting a ship,

I’ll do an Entertablement Abroad post on Chatham when I get a minute, but in the meantime, I’ll just mention that Historic Dockyards are well worth a day out for a number of reasons, It’s where Call the Midwife is filmed, for instance! Historically, it’s where Admiral Horatio Nelson’s ship HMS Victory was built, though the restored ship is at the Portsmouth Dockyard (also a marvellous visit)

But back to the table. The “rope” lanterns are ceramic, lined with a clear glass sleeve, and came from Harvest of Barnstable. 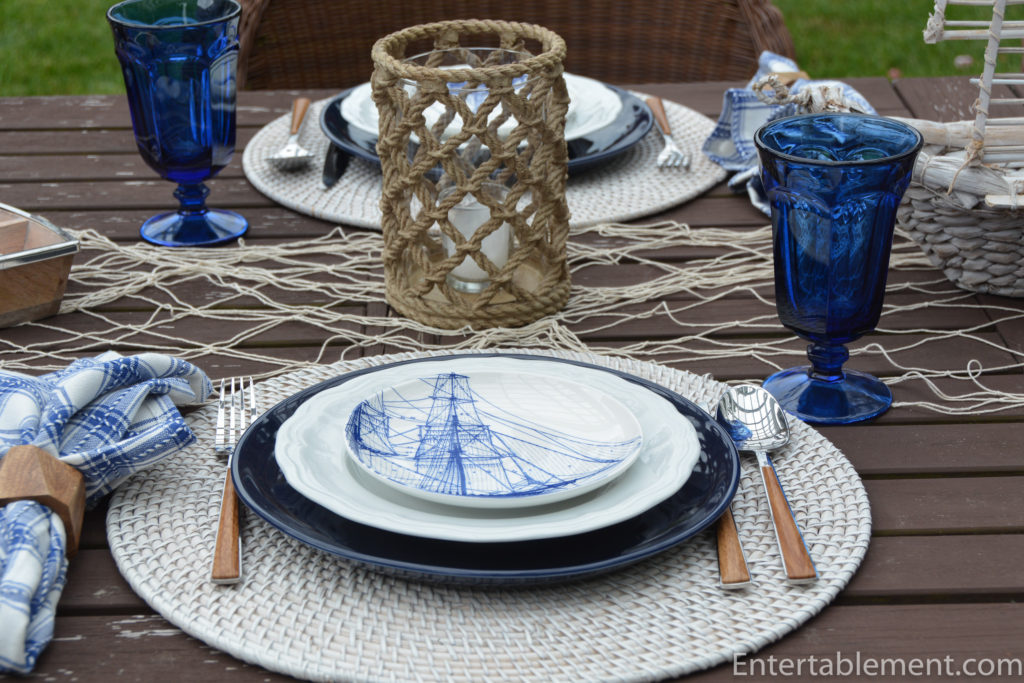 Aye, Matey! I hope you’ve enjoyed the sail round the table. 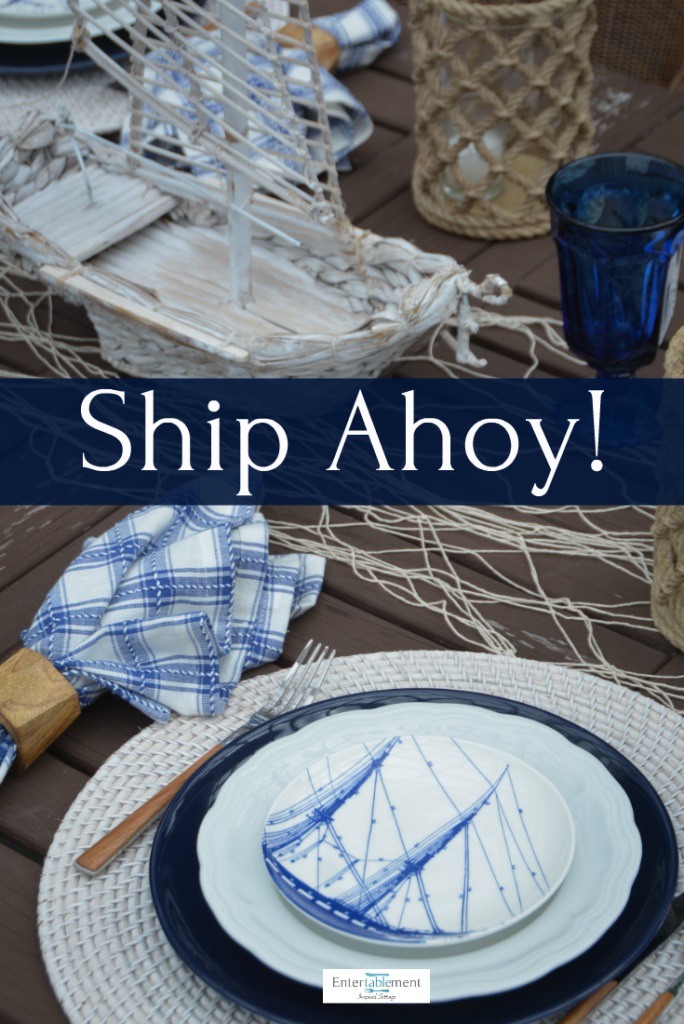