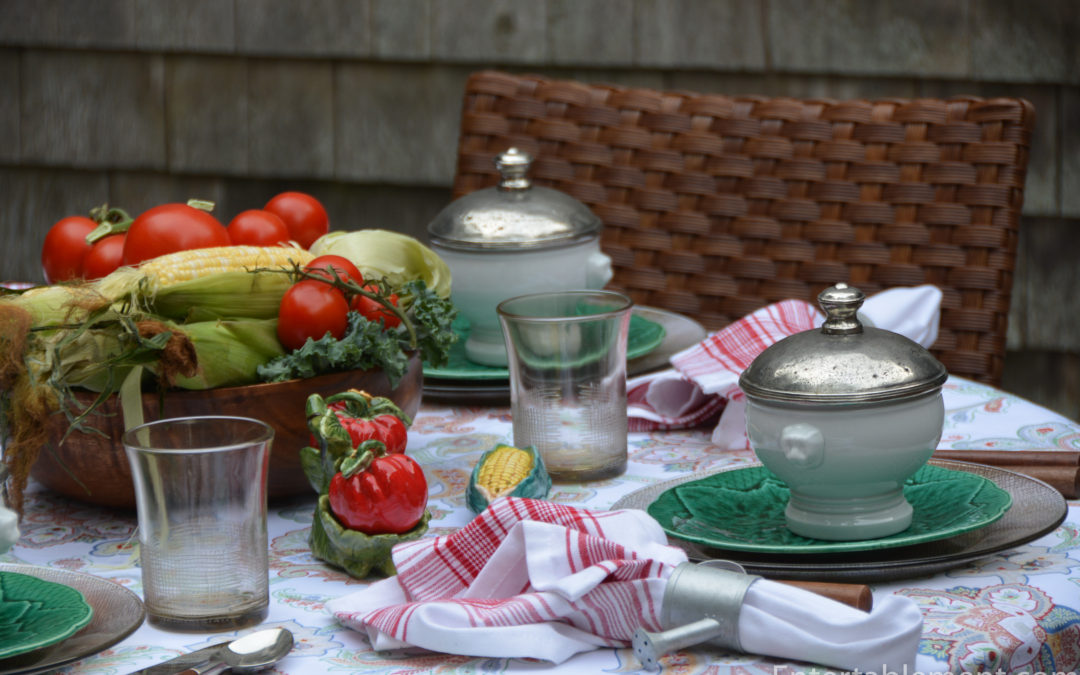 Though it’s possible to get most fresh fruits and vegetables year-round now, there is something very special about fresh, local corn on the cob. At its peak, it’s tender, crunchy and dreamily creamy. It’s ridiculously inexpensive, too, begging to be included in every meal. 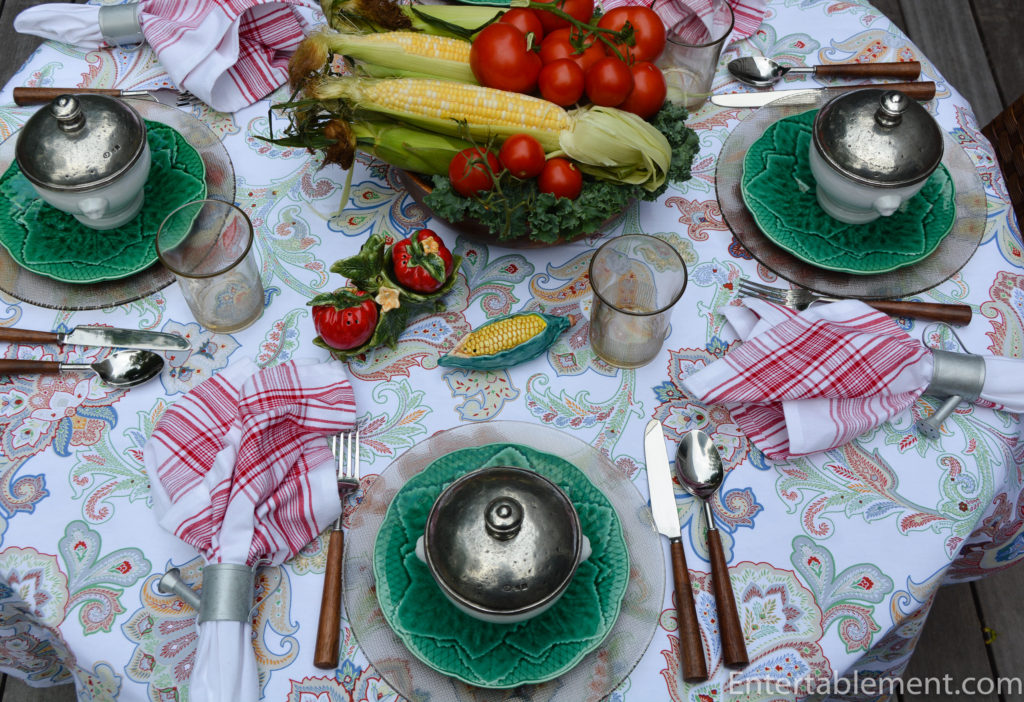 It’s best the day it’s picked, so making some into soup is a great way to deal with an embarrassment of riches. Shaker Summer Tomato, Celery and Corn Chowder is a family favourite. Light but filling, it makes a hearty first course or can star as the main event for a casual summer supper. 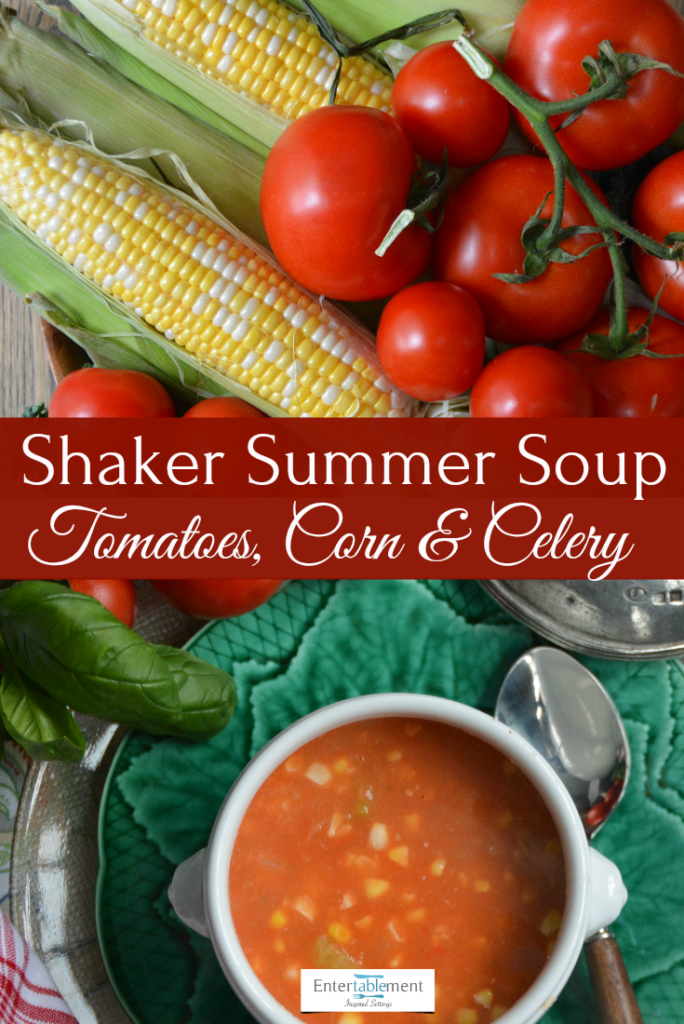 Making a batch of soup inspired me to dig out my Arte Italica pewter-lidded individual soup tureens (long discontinued, but sometimes available at Replacements). 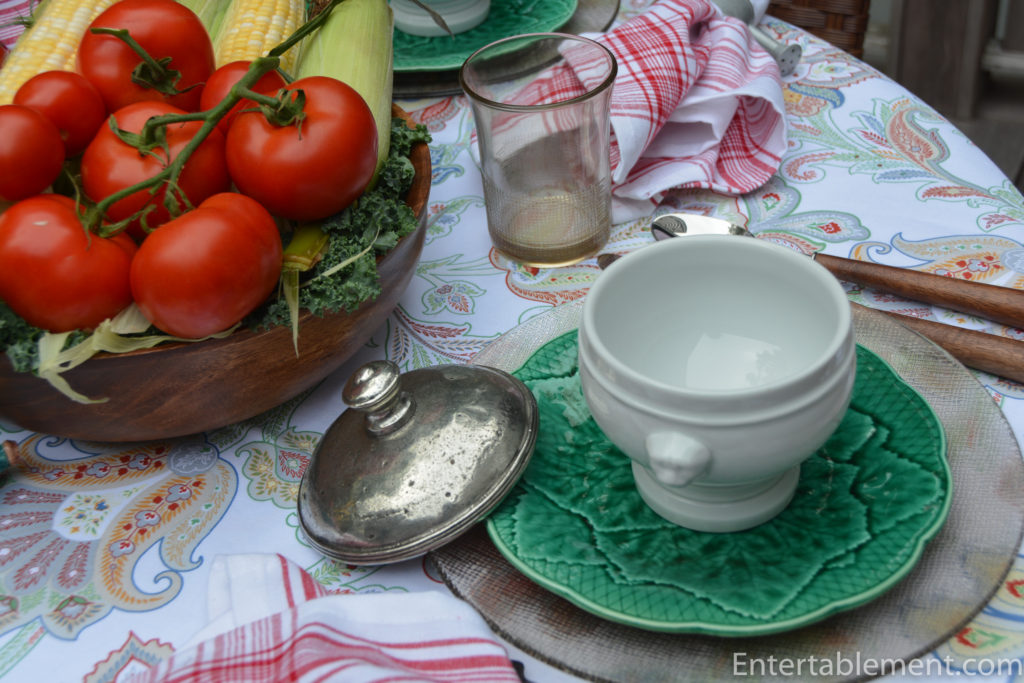 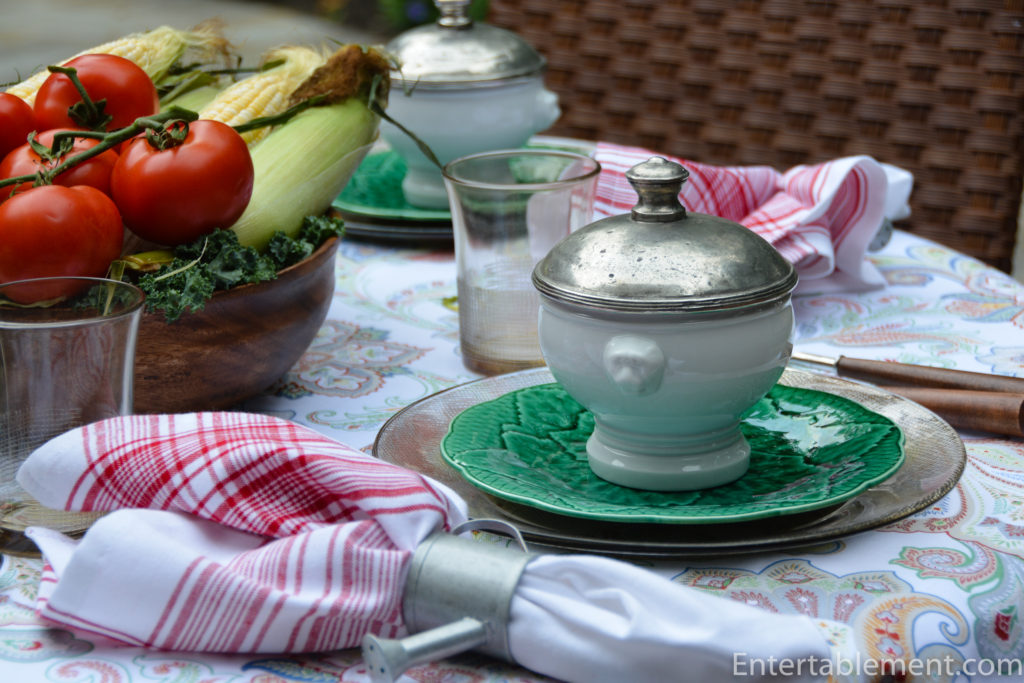 They go with practically any table setting, so the next step was choosing their co-stars. 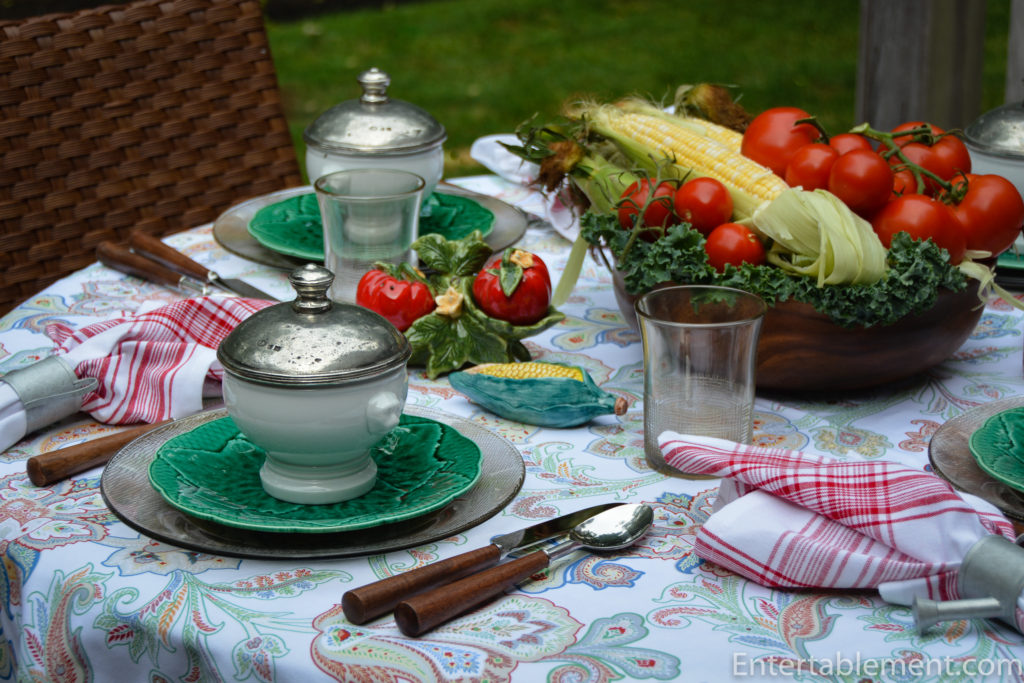 A paisley tablecloth from HomeGoods was cheerful and functional. Ok – done. The reds and greens seemed to jump out and vintage Faience salad plates by Gien (an e-Bay find) were a natural base for the soup tureens. 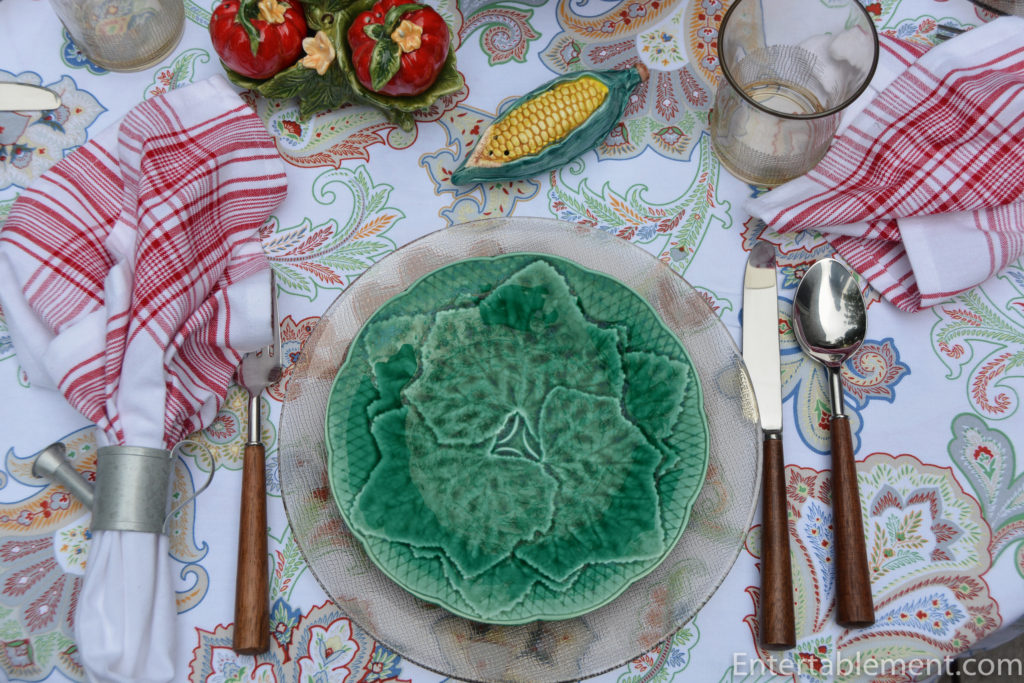 I tucked some Libbey Yute gold-toned glass plates underneath and used the matching tumblers. They’re both from Pier 1 this year, available online only. I wasn’t sure about them at first, but think they’ll prove very versatile, especially for the fall and Christmas season. 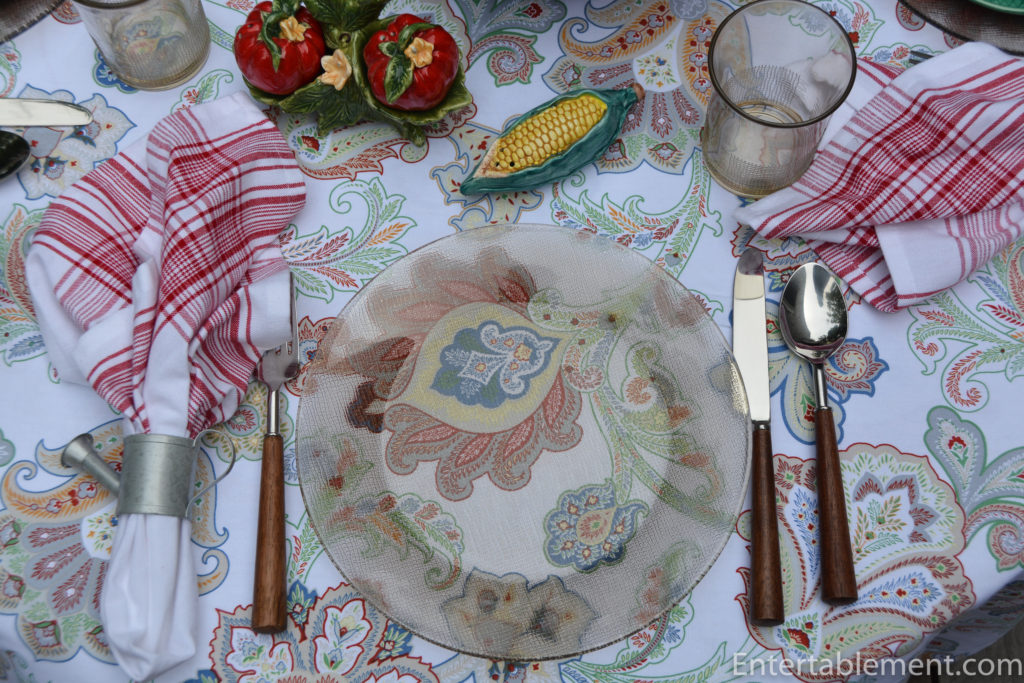 The glass has a fun burlap texture, and the warm gold tone provides a bit of colour without being distracting; sorry – I should have a done a better job with a close-up… The Wooden Handled flatware is from World Market. 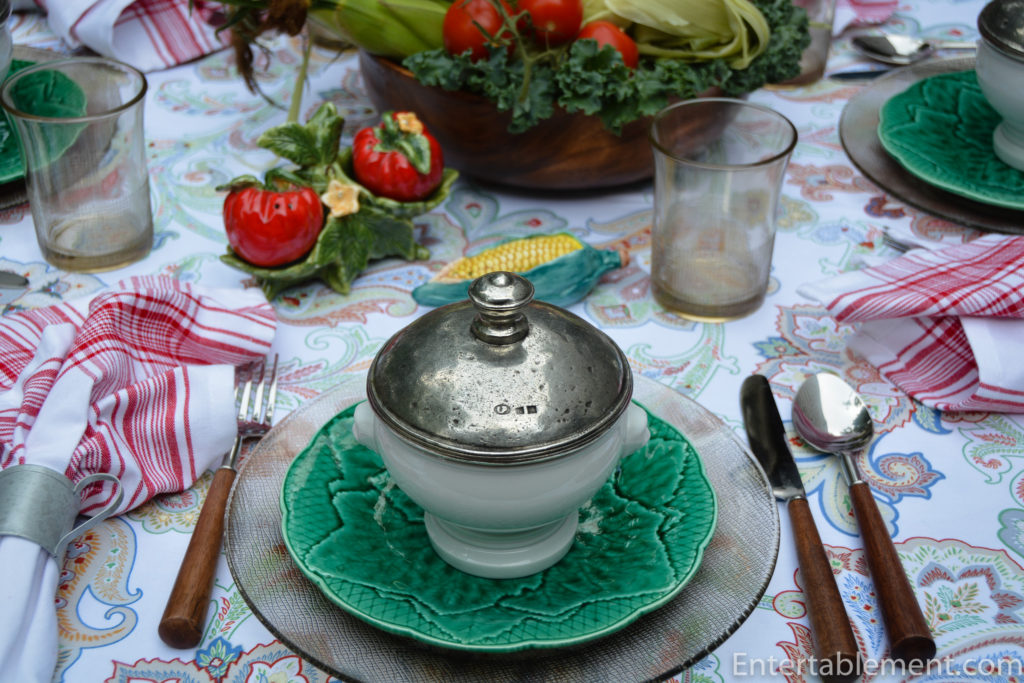 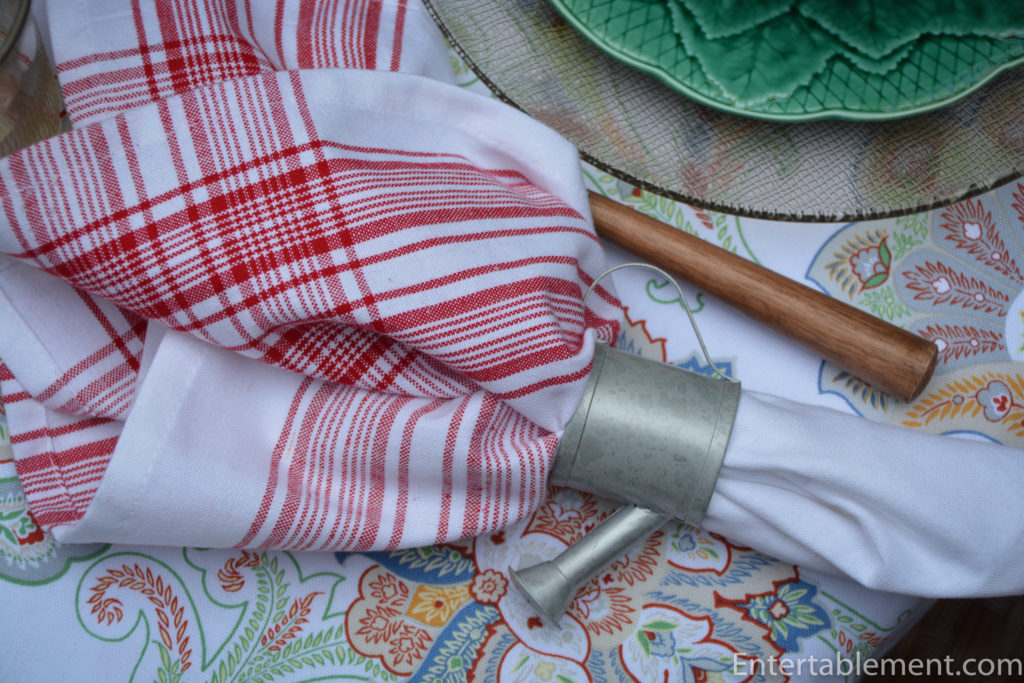 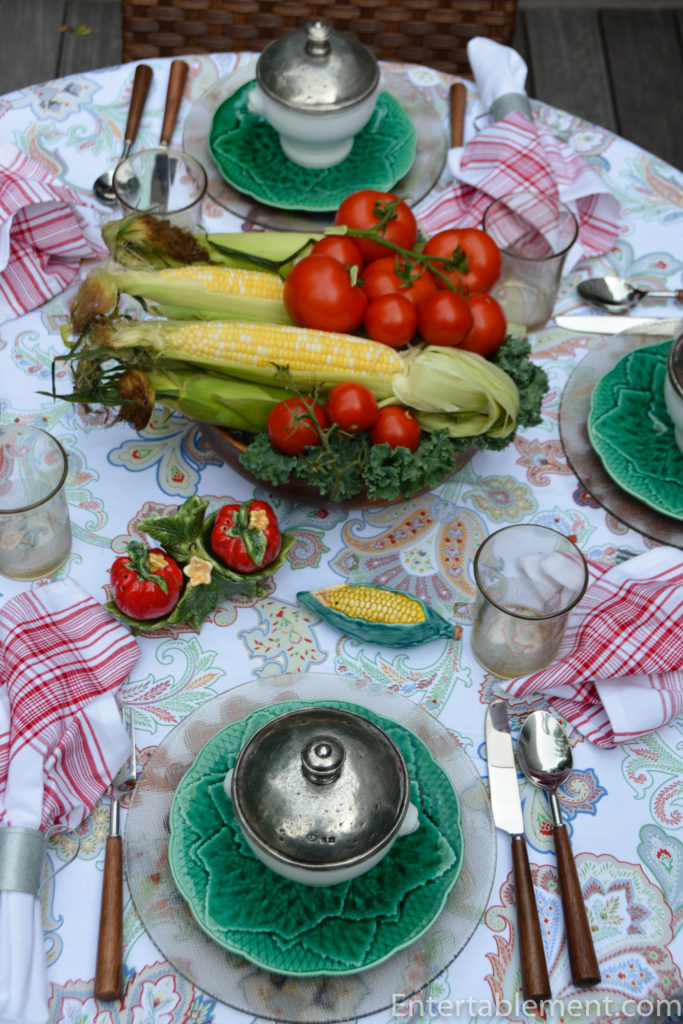 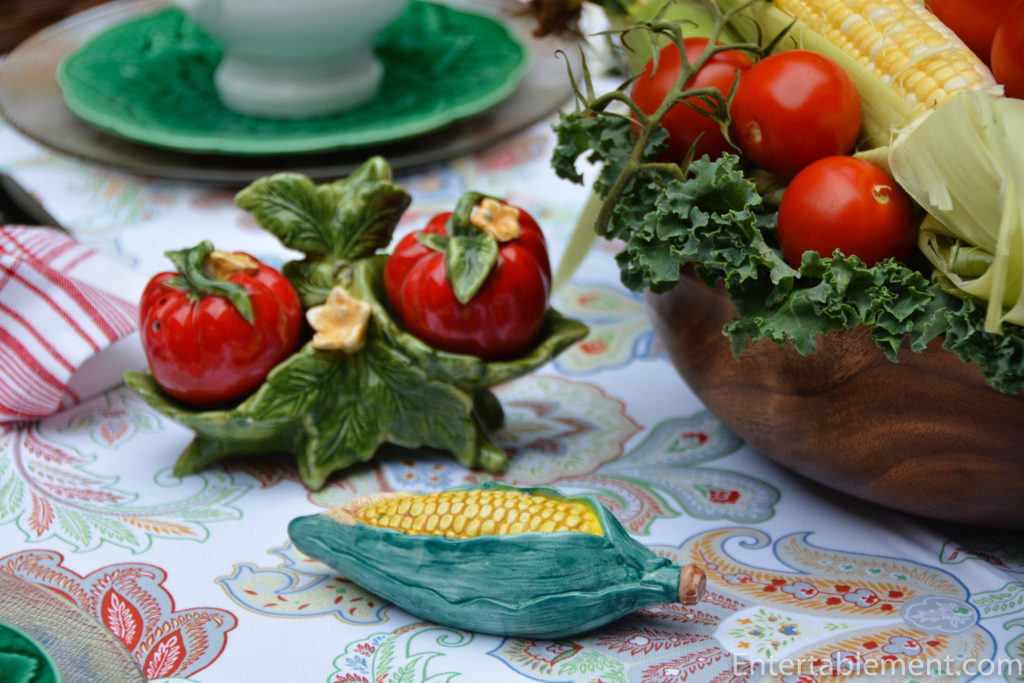 Corn and summer – as wonderful today as it was when I was a kid. I grew up in the country and the height of the corn was a sure sign of summer’s progress. By mid-August, it had grown to its full height and the tassels had turned to a deep golden. Time to think about back to school and the Canadian National Exhibition! Going to ‘the Ex” was a must-do every summer. This giant fair still takes place from mid-August until Labour Day. 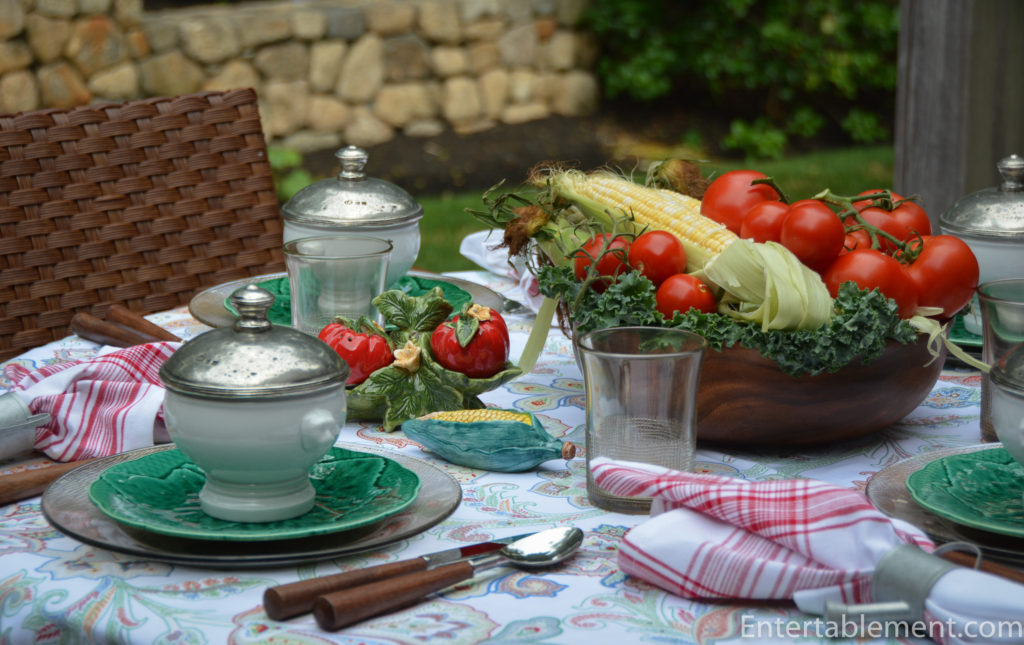 Back in the day, it was considered quite appropriate for a group of school-aged children to head off on their own, and we were delirious with excitement as the Ex approached. Money was hoarded all summer to be spent in a glorious burst of rides and midway games. On the big day, cash, coupons and tickets were carefully tucked away along with admonishments not to speak to strangers and to watch out for pick-pockets. We managed pretty well, and the burgeoning independence was as heady as the fair itself. 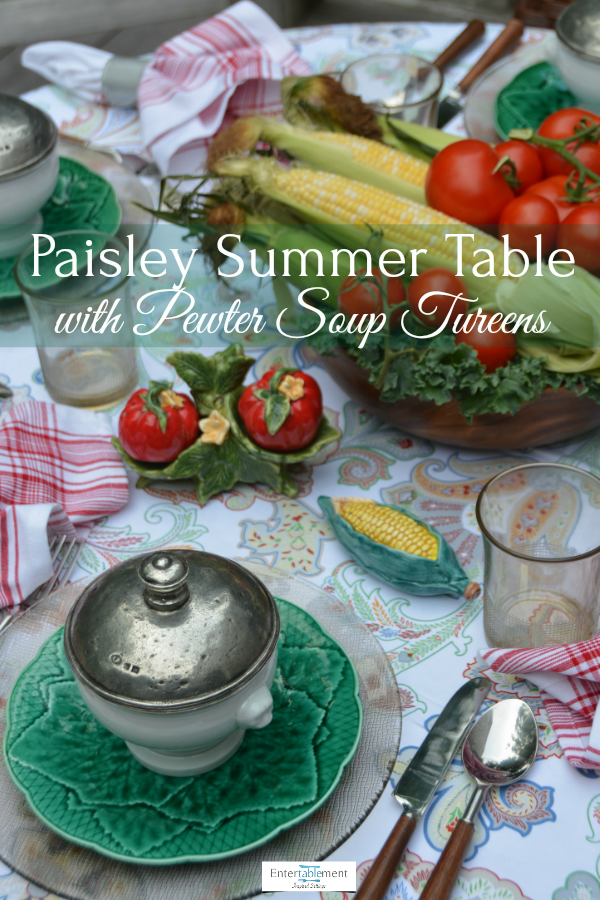