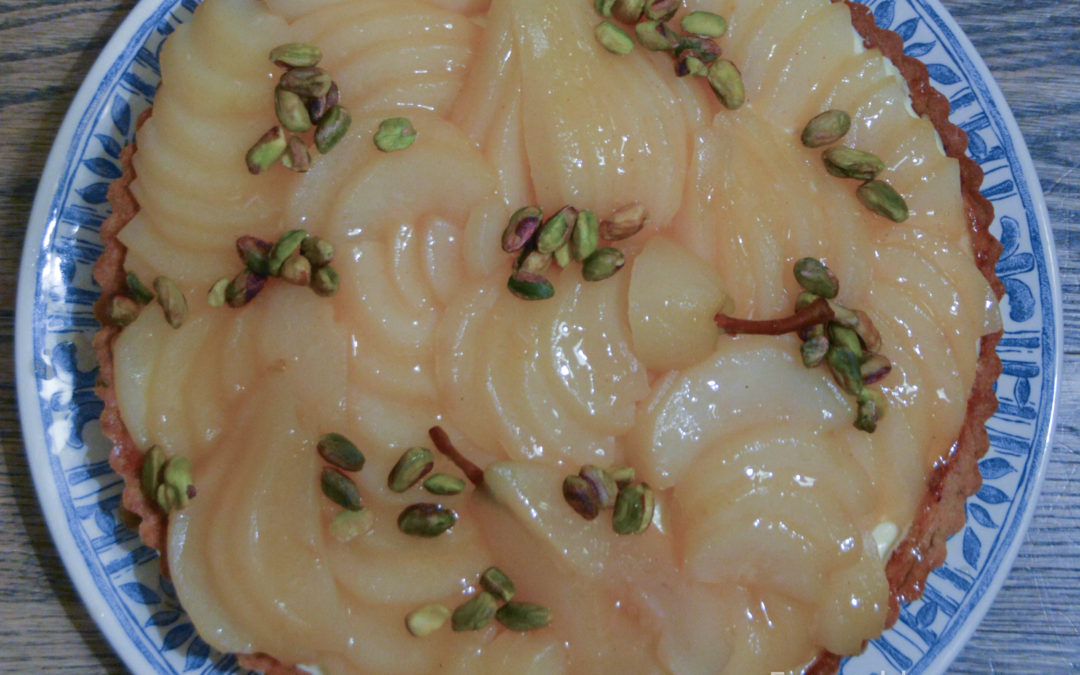 Earlier this month, we invited some friends over for dinner at the Cape, and I wanted to make a dessert that was somewhat virtuous but with a hint of decadence. (The nearly universal donning of the January culinary hair-shirt gets a bit depressing). I thought about poached pears, which would have been simply virtuous, and then came across this tart recipe in Fine Cooking from the October/November 2015 issue. 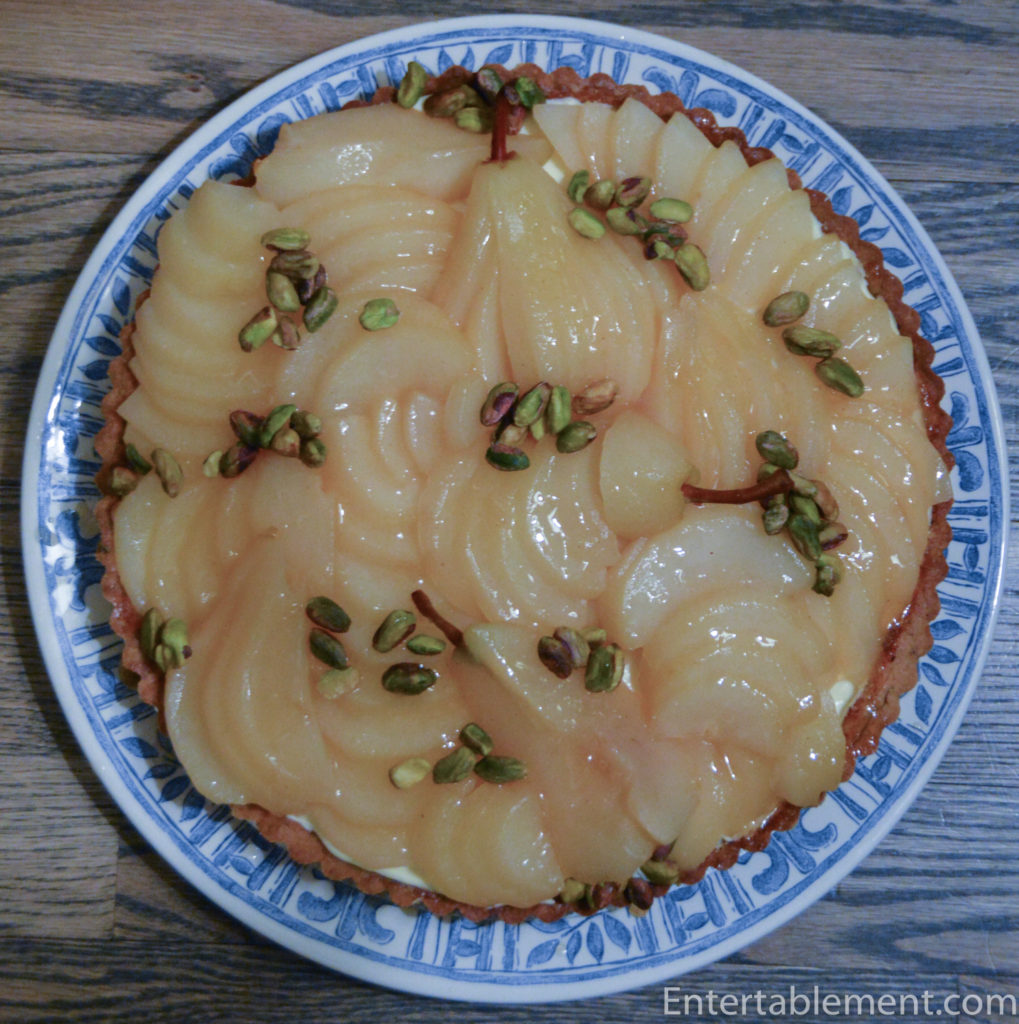 I played around with the recipe; reworked the instructions, both clarifying and rearranging them into a more logical order (at least to me). I used mulling spices instead of the cinnamon stick and star anise to poach the pears, and I left out the cardamom because I just don’t like its taste. To be on the safe side, I poached more pears than called for, in case I made a mess of things while slicing them, and I didn’t have many slices leftover (I used an 11″ tart pan, which might explain it). Lastly, to line the tart shell, I substituted dark chocolate for the white; while the white might have been more aesthetically appealing, I thought the dark provided more oomph. 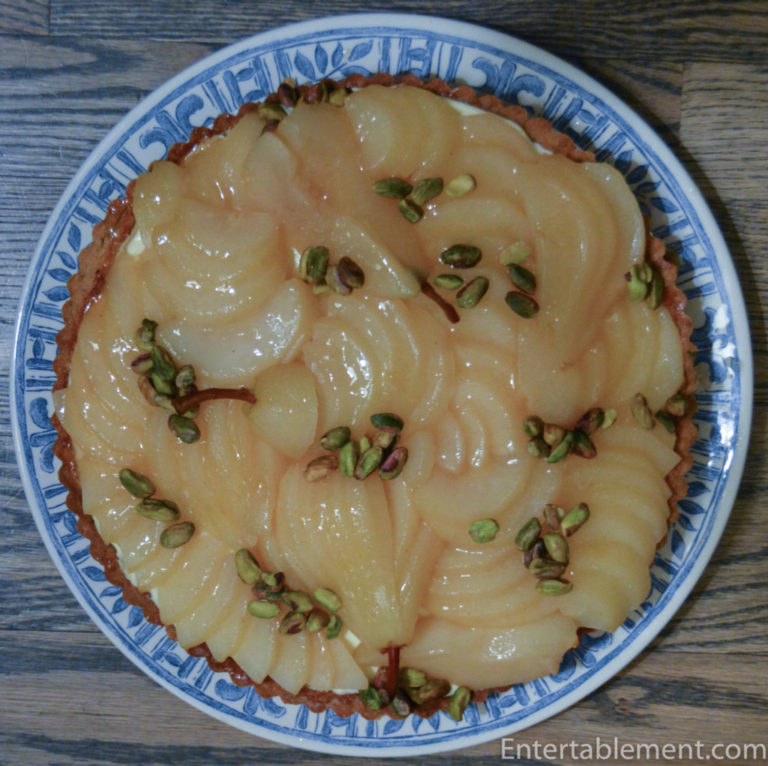 For the poached pears

For finishing the tart

Shape and bake the crust

Fill and top the tart 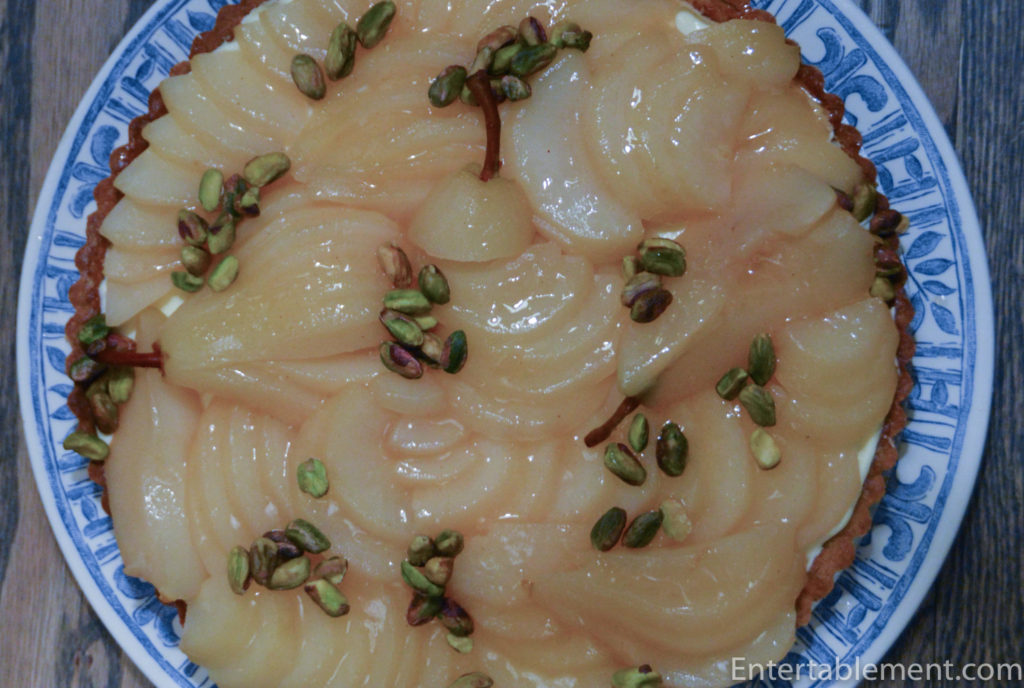 The tart was a big hit; no leftovers on anyone’s plate, which I take as a sign of success. It cut easily and kept its shape quite well. The crust was nice and crisp without being tough. The pears were probably a touch more firm than I would have liked, but better to err on that side than being too soggy.