Pumpkins, Squashes and Other Fall Vegetables 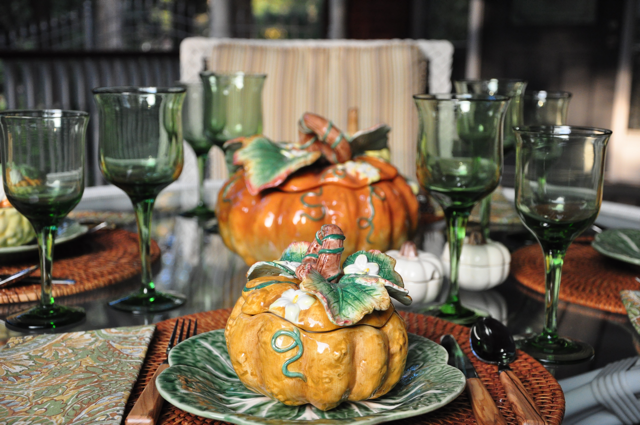 Many years ago I came across these large and small pumpkin tureens by Fitz & Floyd. Beautifully made and elegantly detailed, at first we used them only as serving pieces at Thanksgiving Dinner. The large tureen held mashed potatoes and the smaller one was used for cranberry chutney. 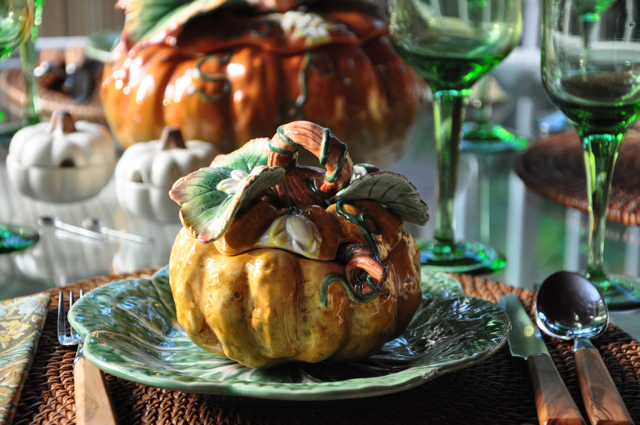 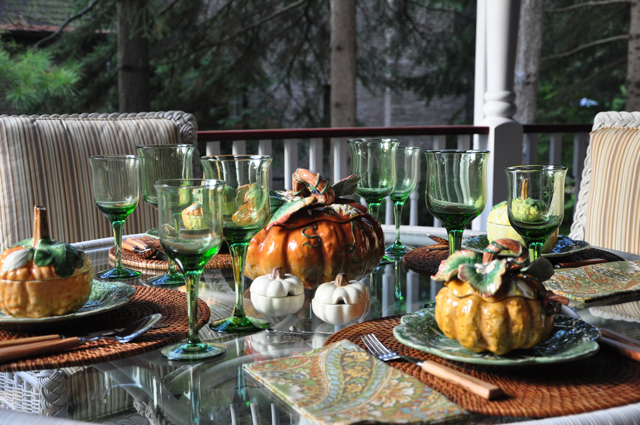 Sometime later, I found three plainer small tureens at a retailer who was going out of business.  Priced at next to nothing, they rounded out the pumpkin & squash family nicely. Now we use them for soups such as Butternut Squash Soup with Apple and Bacon, by Fine Cooking. 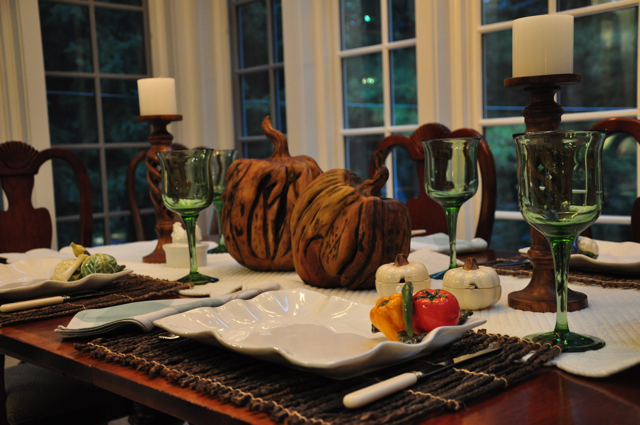 The same going-out-of-business sale yielded some rectangular plates with raised figures of vegetables.  The curved lip on the plates makes them perfect for dishes with a lot of sauce, such as Lamb Shanks, which we had last Sunday accompanied by creamy mashed potatoes and sauteed rapini.  It was Annie’s birthday, so we finished up the meal with Ultimate Carrot Cake, which I made in two 9″ round pans, and decorated with cream cheese icing.

The green glasses, small white pumpkin salt & pepper shakers and paisley napkins are  from Pottery Barn.  The green cabbage plates are from Williams Sonoma. The twisted wooden candlesticks and wooden pumpkins are artisan made from a small local shop.  The olive wood cutlery is from Sur La Table, and the bakelite handled cutlery part of large canteen from Country Dining Room Antiques.