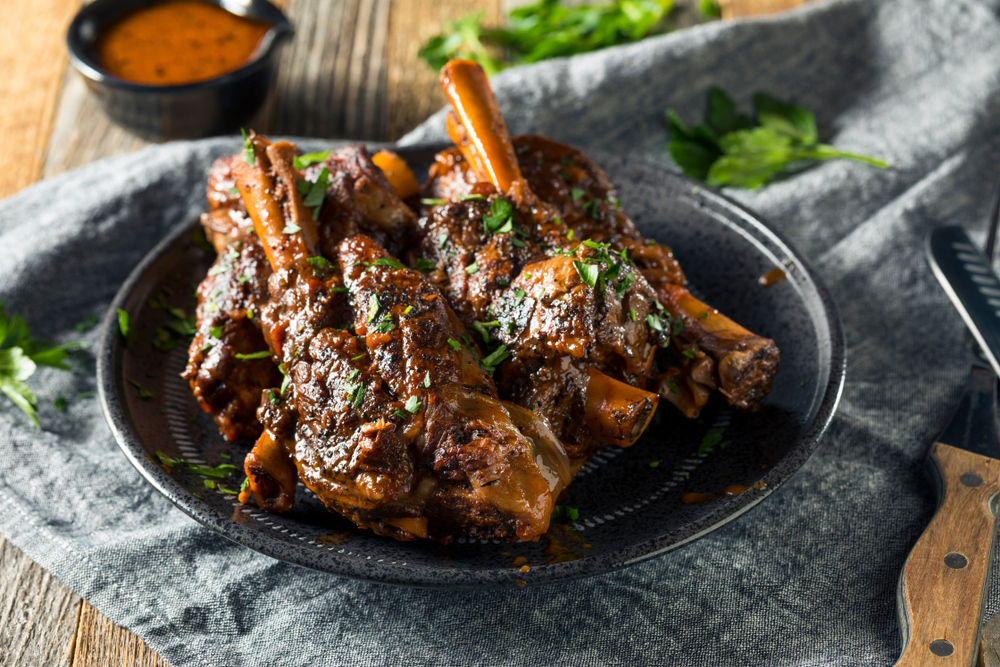 This hearty braised dish is a family favourite. This recipe is a compilation of many I’ve tried over the years. Still, it most closely resembles Braised Lamb Shanks Provencal found in All About Braising by Molly Stevens, a go-to cookbook and a font of wisdom and inspiration. We serve it with creamy mashed potatoes and steamed green vegetables, such as green beans, broccoli or rapini. It’s also wonderful over pasta. I usually double the recipe and freeze half of it, removing the bones before putting the shanks and delicious sauce into two-portion containers. 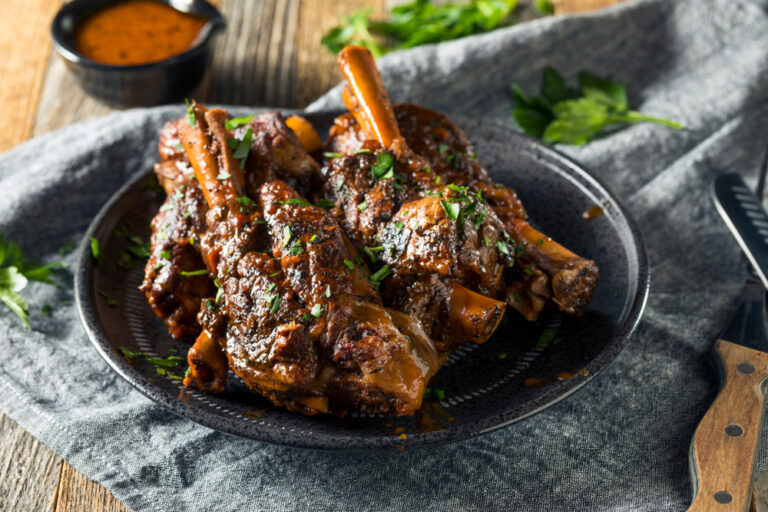