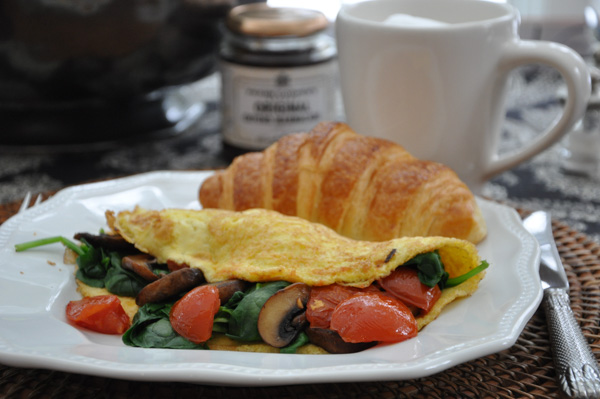 Like most people, we tend to have a fairly quickly prepared breakfast throughout the week, but indulge in a more leisurely meal at the weekend.  Whenever possible, I like to include some vegetables, particularly if it’s a late-morning meal.

One of my favourites is an omelette with sautéed mushrooms, tomatoes and steamed spinach. It’s even better if we’ve also managed to snag some croissants from daughter Lauren at Petit Thuet.