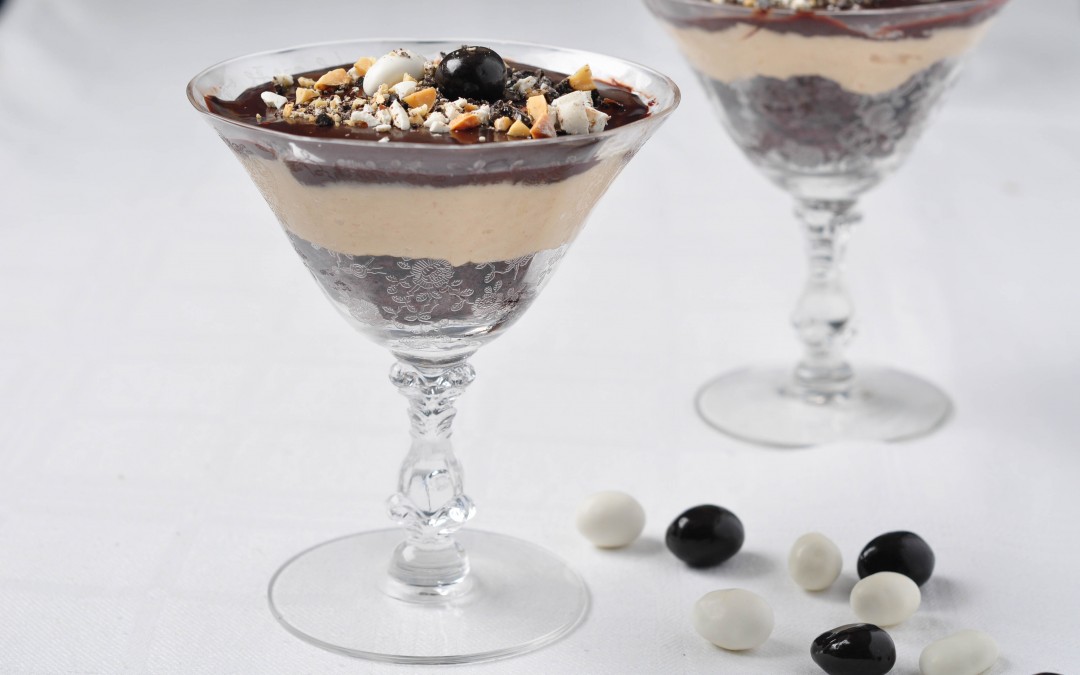 Since the kids were babies, our family birthday cake of choice has been Devil’s Food cake with French Vanilla Icing and Smarties. Yes, cake mix from a box, with icing in a plastic container, pre-made. Every year I would send enough cupcakes for the entire class for the birthday, and we also had a full-sized cake at home. Any suggestion of a variation was greeted with a sour look and a fast shake of the head. Until last year, that is, when daughter Lauren produced Better-Than-Crack-Brownie Cakes for Kirsten & Mike’s respective birthdays at the end of March. When your daughter is a French-trained professional chef, it does put your previous efforts into rather a harsh perspective!

The cakes were sublime. A rich brownie base topped with a thin coating of peanut butter crackle, upon which rested a thick layer of peanut butter mousse and the topped off with what I thought was chocolate ganache, but turned out to be Chocolate Mirror.

That was that. Allegiances shifted immediately. This was now the New Favourite. I had to exercise iron self-control to not inhale an entire cake in one sitting, but after parcelling out pieces to departing family members, I managed to eke out my consumption over the next few days. I shuddered to think of the caloric value and contented myself with the notion that it was an infrequent indulgence.

Lauren produced a deconstructed version in small mason jars for a family dinner in October, so I decided to try my hand at these for our Gibson Girl Plate dinner party. I used antique champagne cups for the dinner party but did have some leftovers to make up some mason jars portions which were distributed among the family. 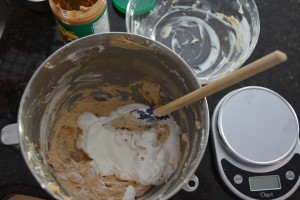 Folding in the whipped cream to the peanut butter mousse 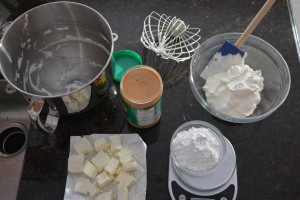 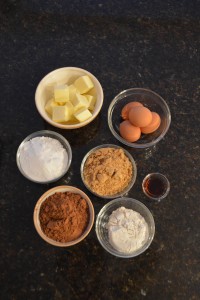 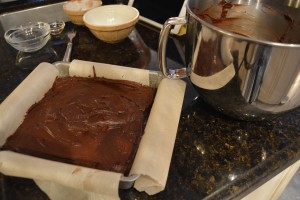 The brownies before baking 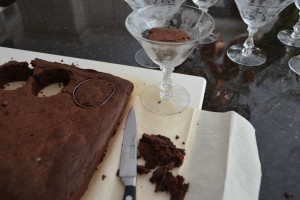 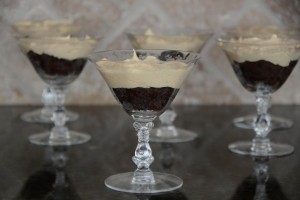 Before the chocolate mirror was added 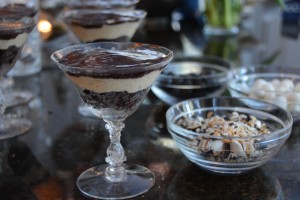 Adding the chocolate mirror and toppings 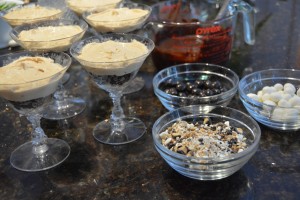 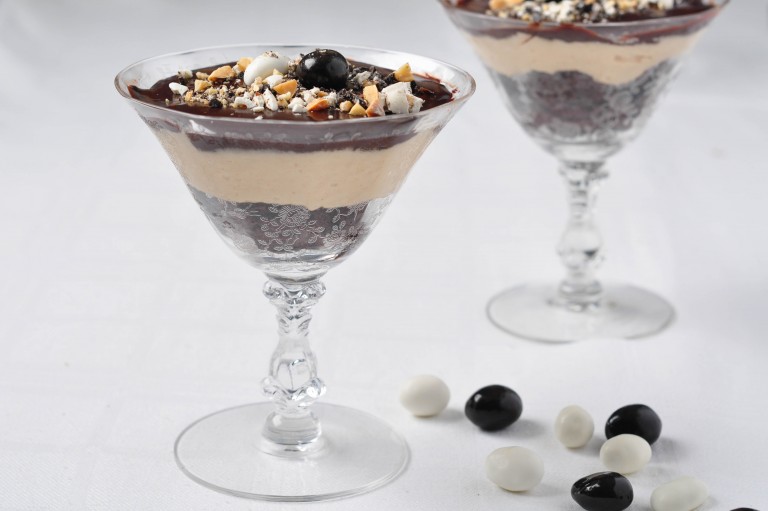 For the brownie base

For the peanut butter mousse

For the chocolate mirror

For the chocolate mirror