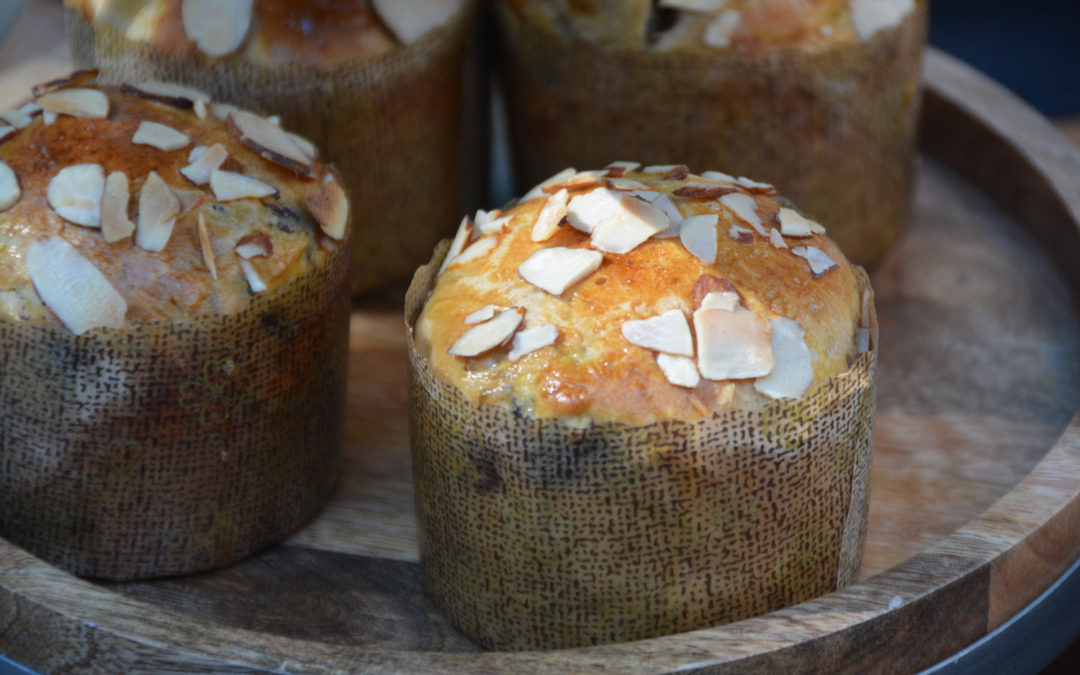 I”m a glutton for slightly sweet bread. Not the super-sweet-sticky stuff like iced cinnamon rolls, but scones, date loaf and Portuguese King’s Bread, also called Bolo Rei, a marvellous concoction that Isabel, our cleaning lady, brings every Christmas. (I’ve been known to slice the bread into about eight pieces and freeze it immediately upon receiving it, secreting it in the back of the freezer so I can dole it out over the coming months). Thus, I’ve always been intrigued by the boxes of Panettone that appear in the grocery store at Christmas time, but had never taken the plunge. So when I saw a recipe for individual Panettone in a back issue of Victoria Magazine, I thought I’d give them a try. What’s the worst thing that can happen? 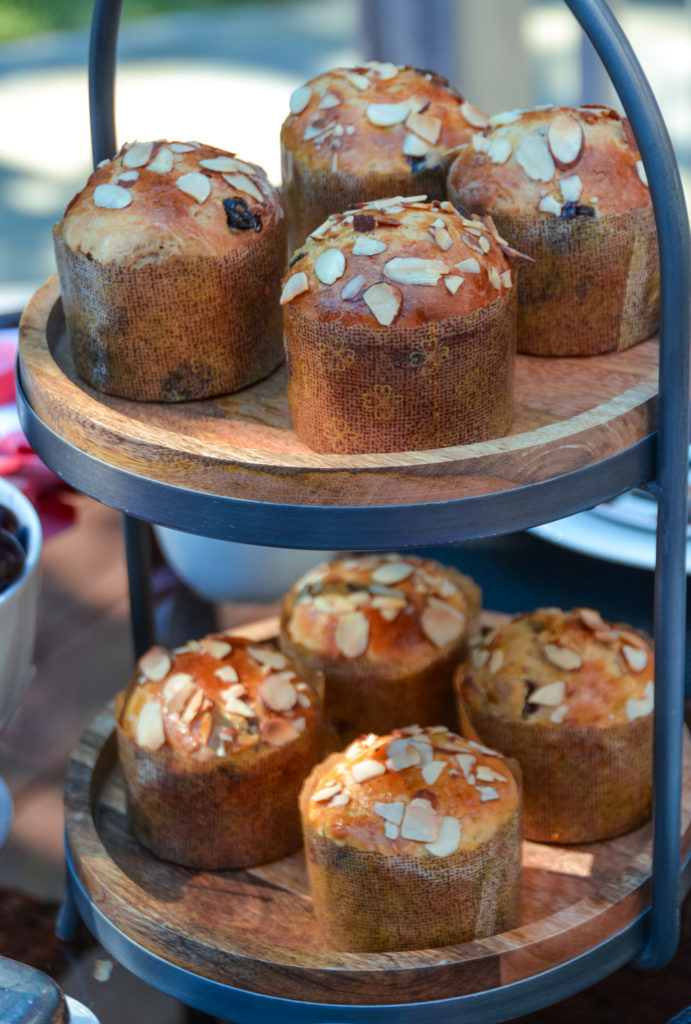 I had forgotten how much I loathe cardamom. The texture was great, but the flavour… Maybe cardamom is like cilantro, which always tastes like soap to me. I understand it’s genetic. Ok – next time, I thought, I’ll just skip the cardamom and see how that turns out. Meanwhile, I came across a recipe for Panettone Muffins on the Sprinklebakes website, in which she mentions Fiori di Sicilia, an Italian extract often used in Panettone. You don’t need much; it’s potent. As described on the King Arthur website:

“You know that wonderful marriage of flavours you taste when you combine vanilla ice cream and orange sherbet in the same bowl? That is what Fiori di Sicilia tastes like.”

It took a little while for the Fiori di Sicilia to arrive; King Arthur Flour is overrun with orders from quarantined bakers. I also managed to snag some SAF Red Instant Yeast from Amazon. A very helpful blog on Which Yeast to Use, also on the King Arthur Site, advised that SAF Gold Instant Yeast is the one for sweet breads, but we are making do with the Red for today. 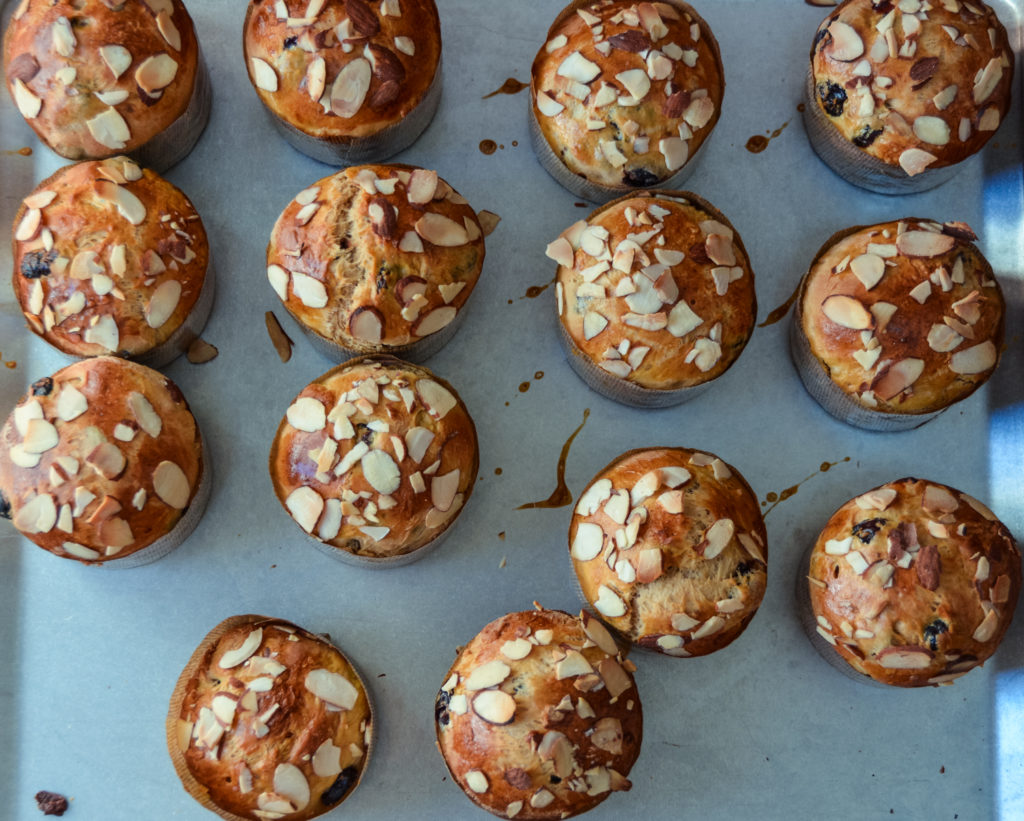 As an aside, the article also went on to say that yeast in an airtight container keeps practically forever in the freezer. It’s far more economical to purchase in larger quantities and measure it out yourself, rather than relying on the supermarket packets.

As with any yeast bread, it involved a multi-step process of mixing, kneading, rising and waiting, but definitely worth it. 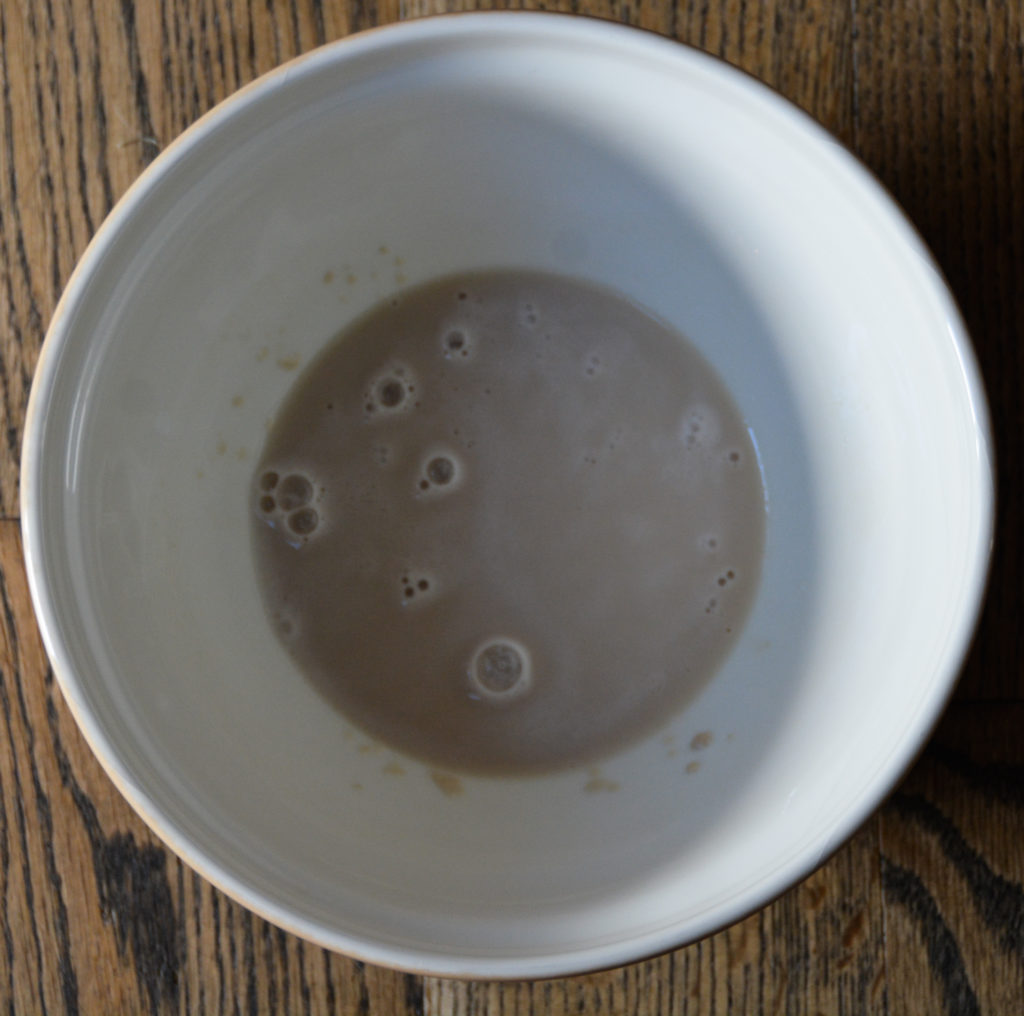 Sweet bread doughs, in particular, are very sticky and messy. 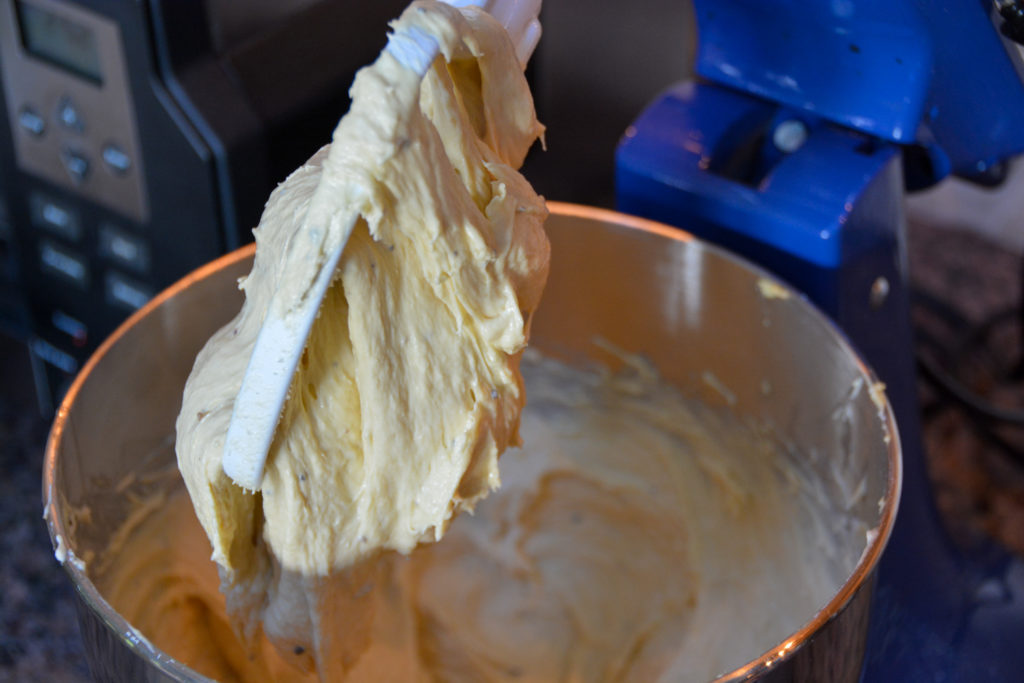 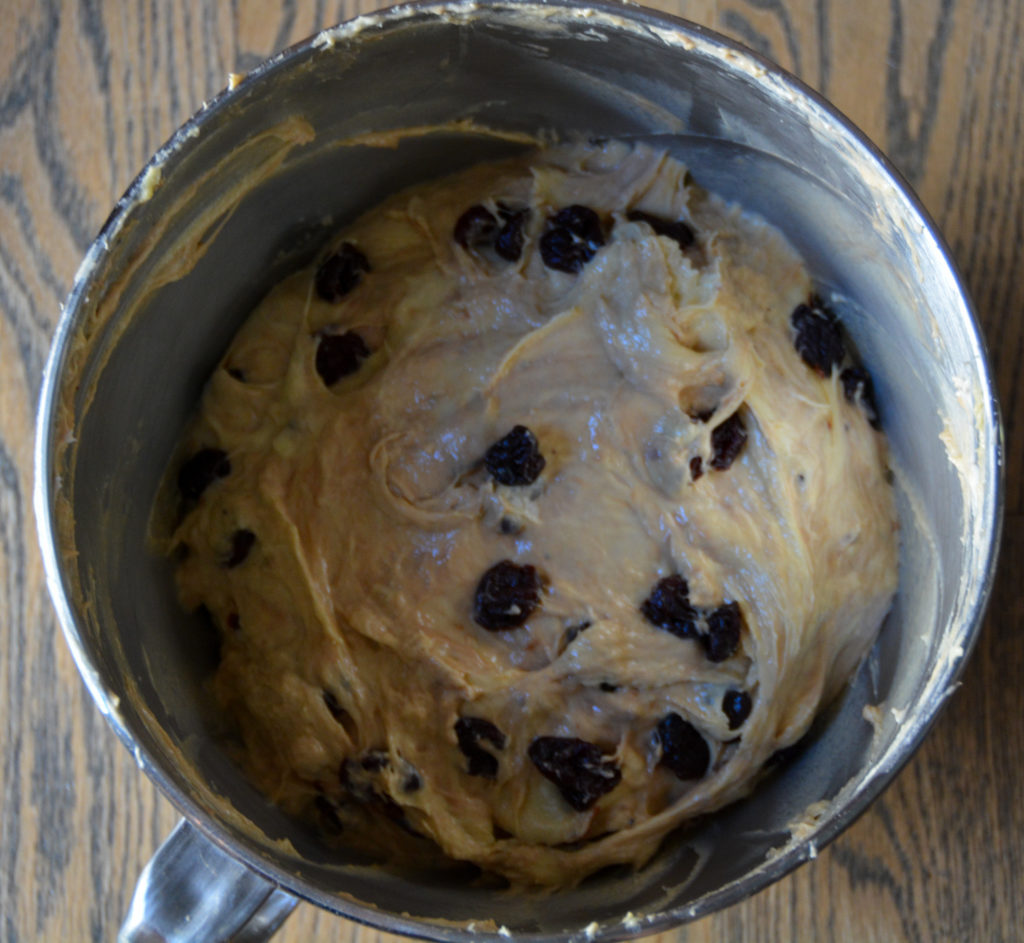 But rise most satisfactorily! 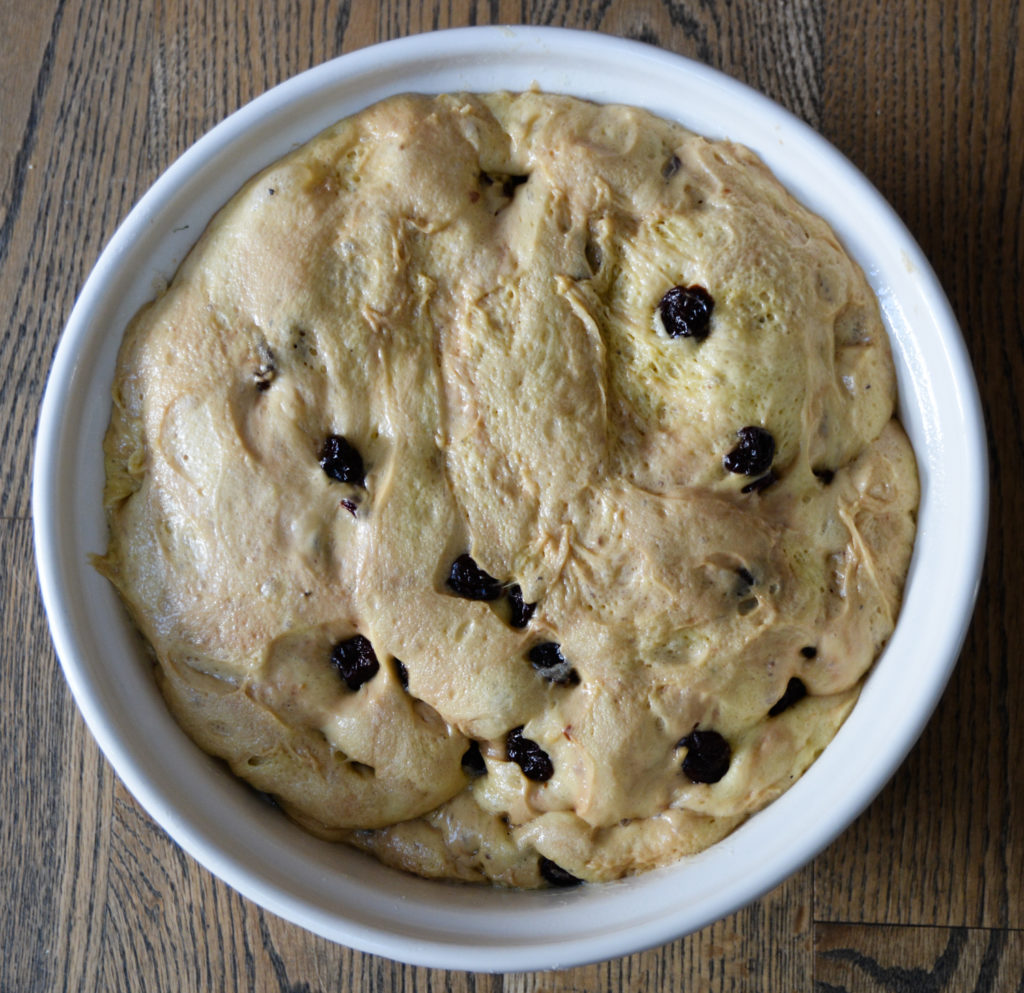 I weighed out each portion before tossing it into its individual panettone paper. 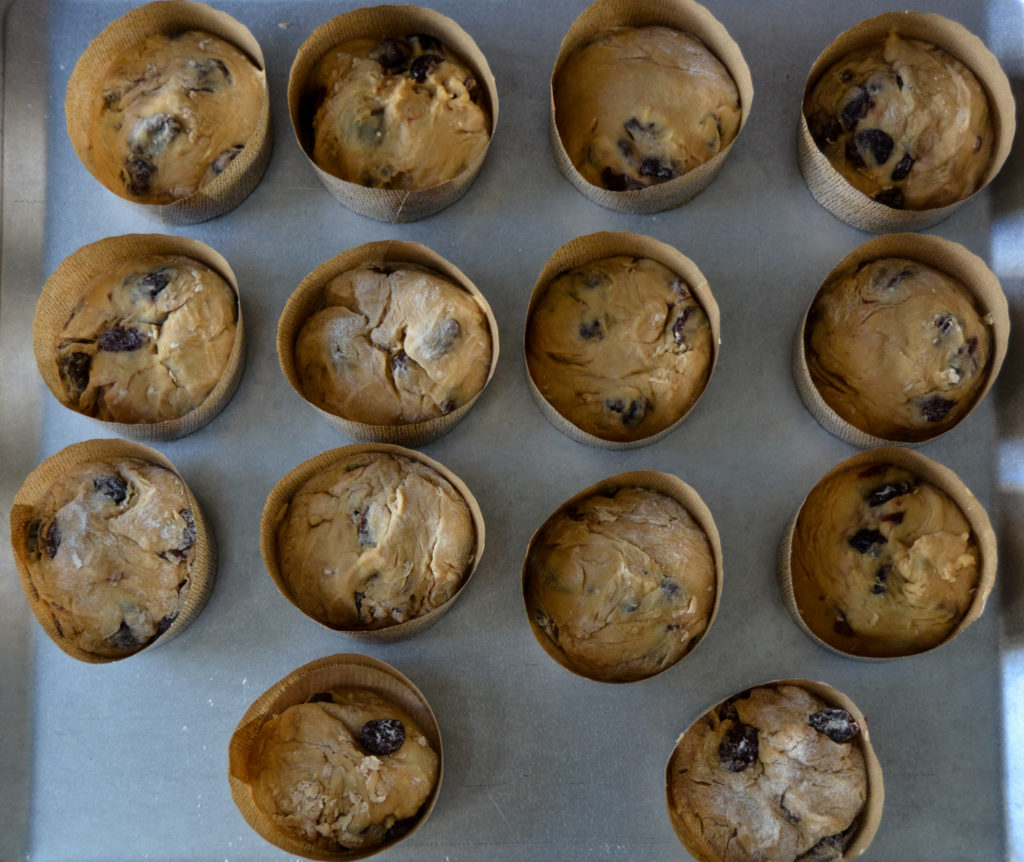 Another rise, and we’re set to go into the oven to bake. 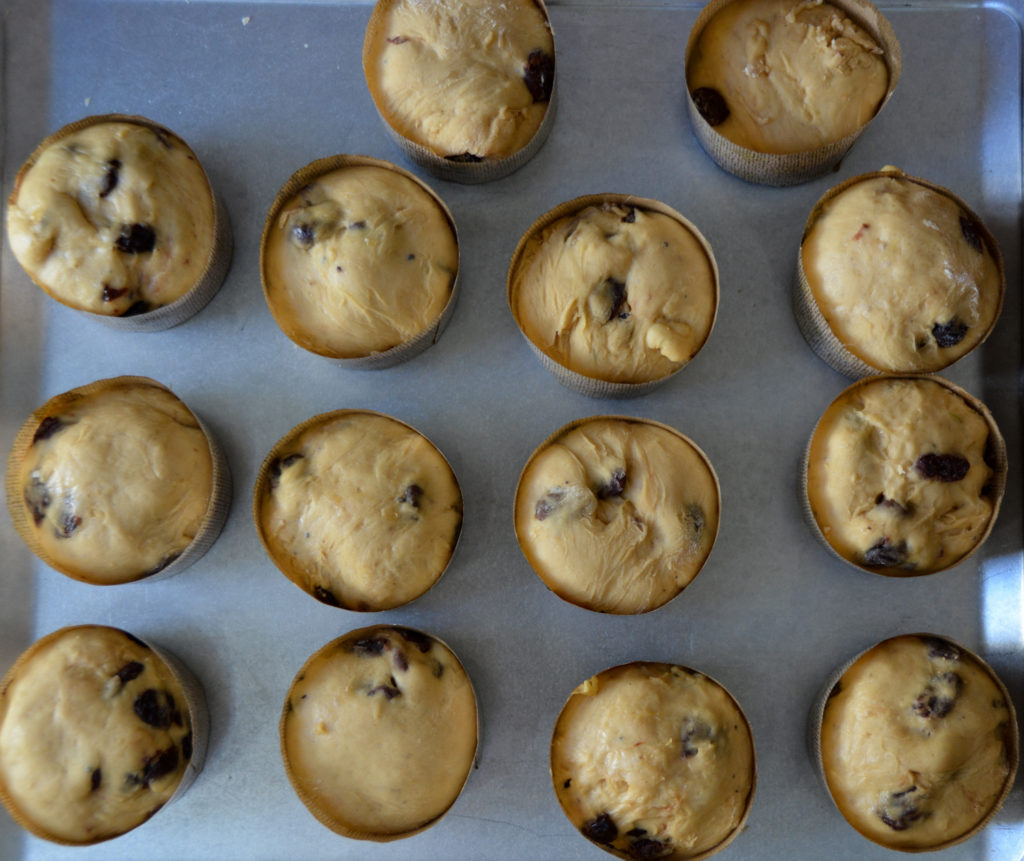 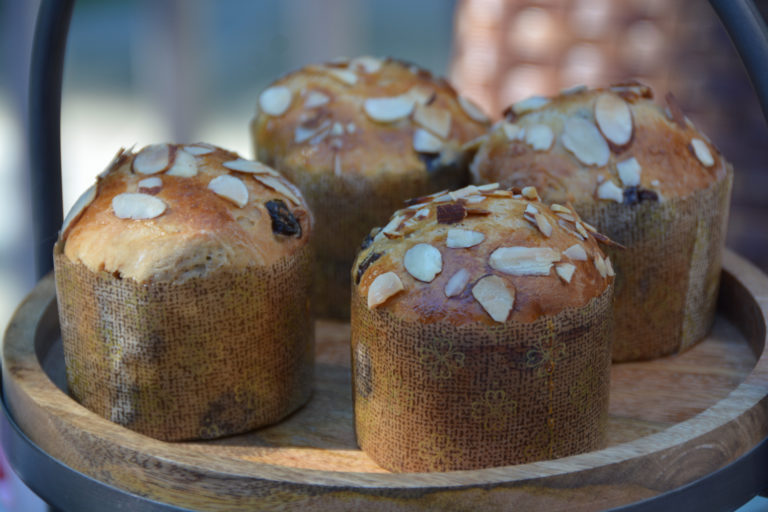 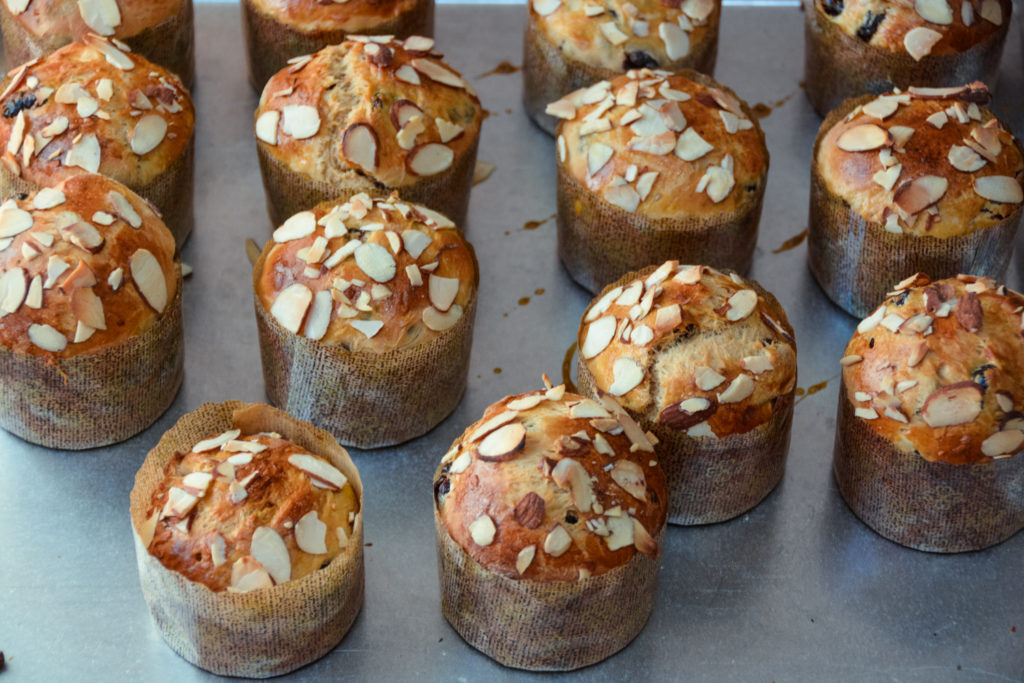 These little guys freeze quite well. Just take them out of the freezer about 30 minutes before you’re planning to serve them, and heat them for a few minutes in a 350° oven if you like them warm. 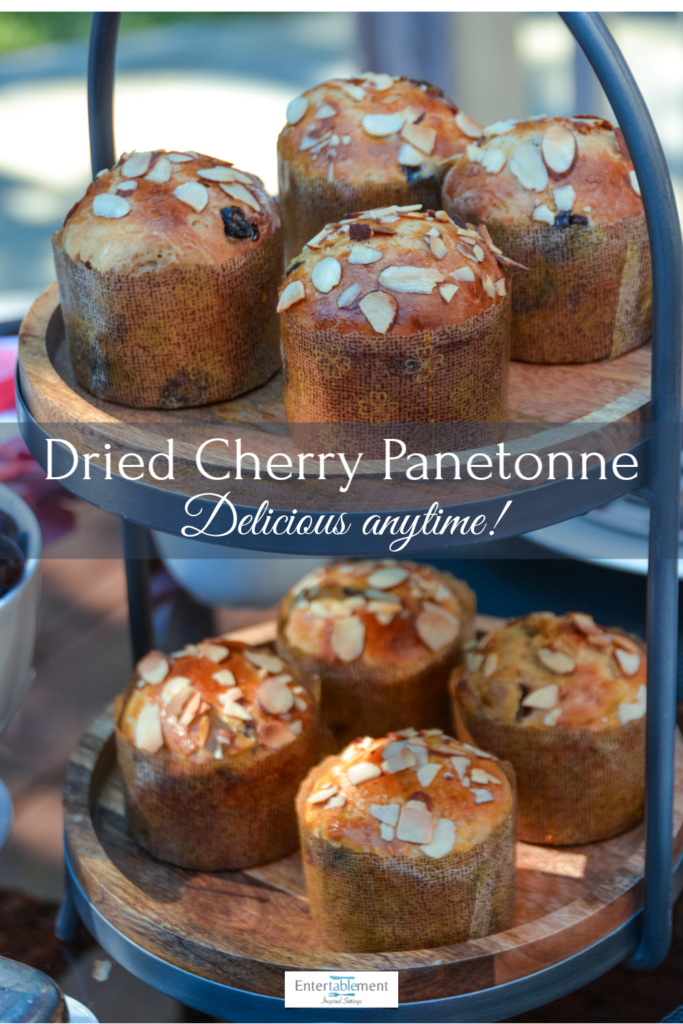