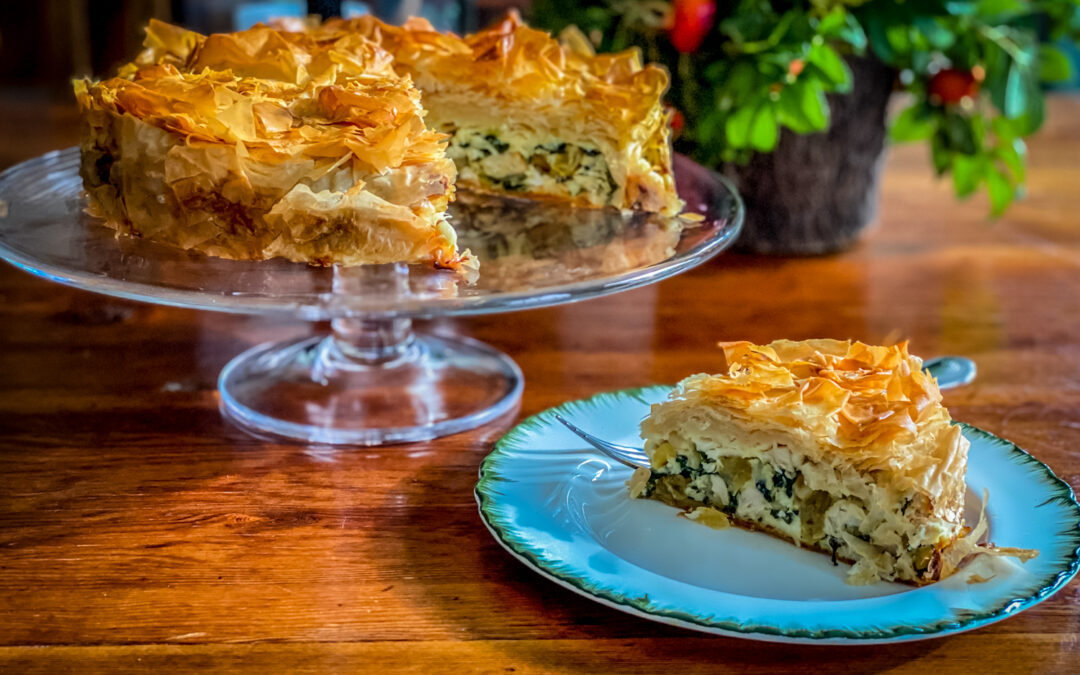 Spanakopita was a mainstay at neighbourhood get-togethers back in the day, and the offerings ran the gamut from soggy mess to succulently, crisply delicious. Elena’s were the gold standard to which we all aspired. One year, just before Christmas, Elena got a bunch of the neighbourhood ladies together and let us in on the secrets of genuine, delicious Greek Spanakopita:

We all watched in awe as she washed and stemmed a large bag of spinach (baby spinach was not common back then) before dousing it with boiling water and squeezing it dry. She mixed the spinach with ricotta and feta cheese, seasoned it before arranging small scoops at one end of each stack of phyllo strips, and then quickly folded them into triangles. She worked at lightning speed; before we knew it, we were munching on delicately flavoured, tender triangles of heaven.

One of us made a note of the proportions, jotted down the instructions, and shared it with the others. I still have that dog-eared and much-stained paper in my catch-all recipe binder. I remembered it when I spied a Kale and Spinach Tart picture in an Autumn Bliss issue of Victoria Magazine. Not being a kale fan, I modified both recipes to bring you Phyllo Tart, with Chicken, Spinach, Feta and Pine Nuts. Enjoy! 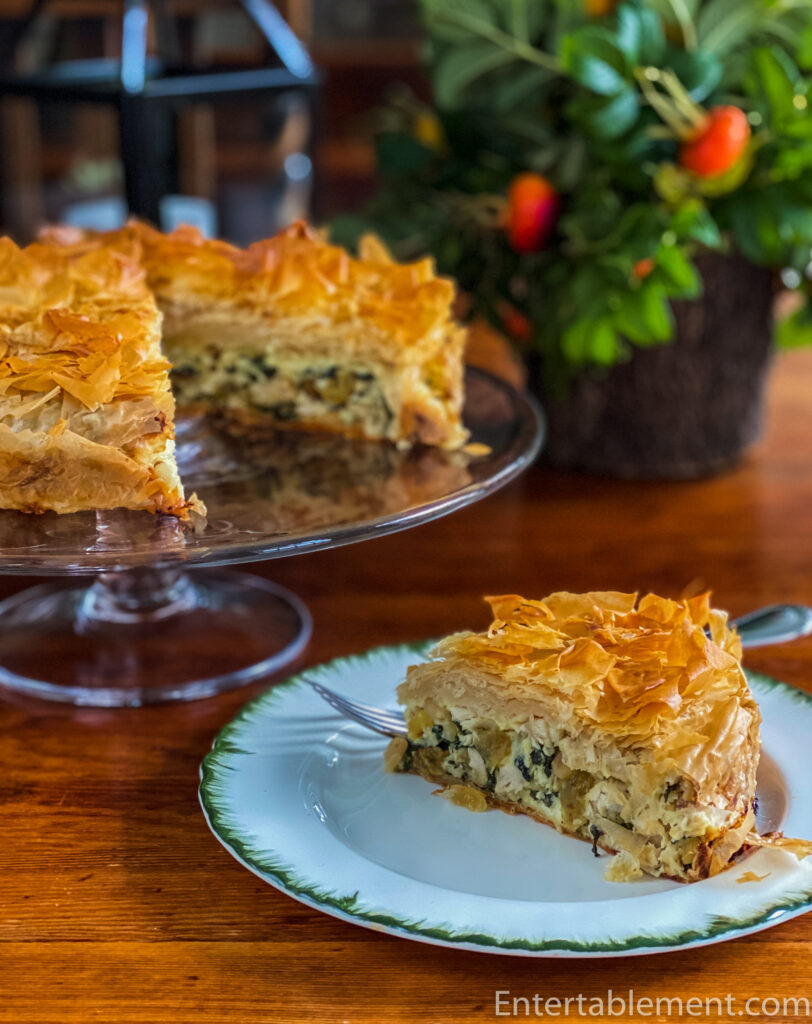 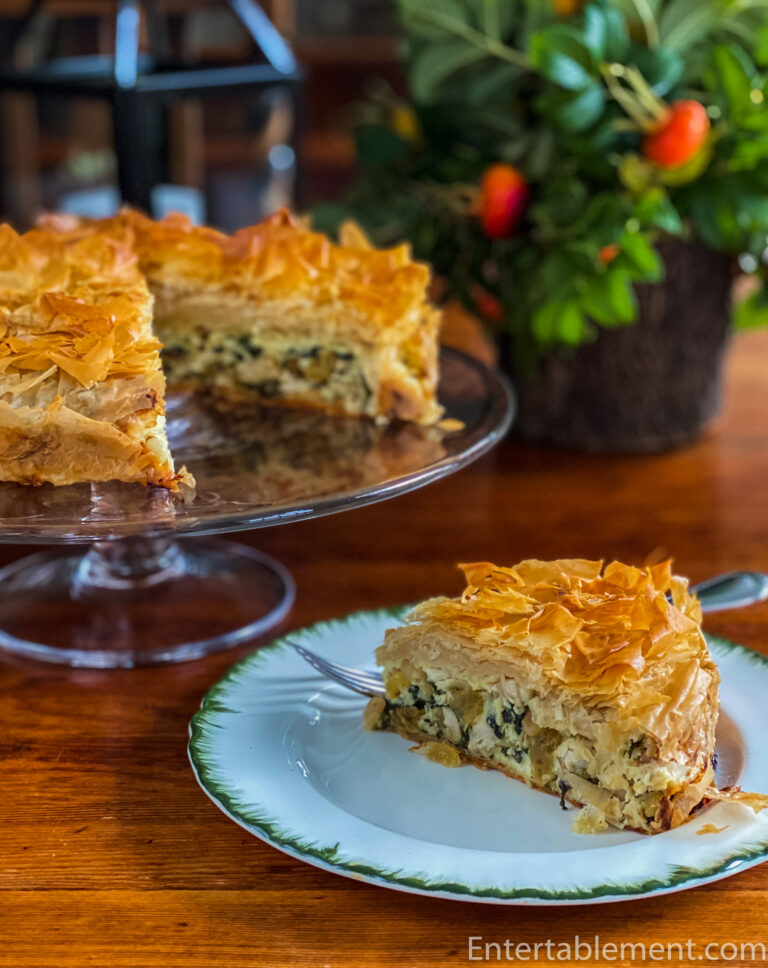