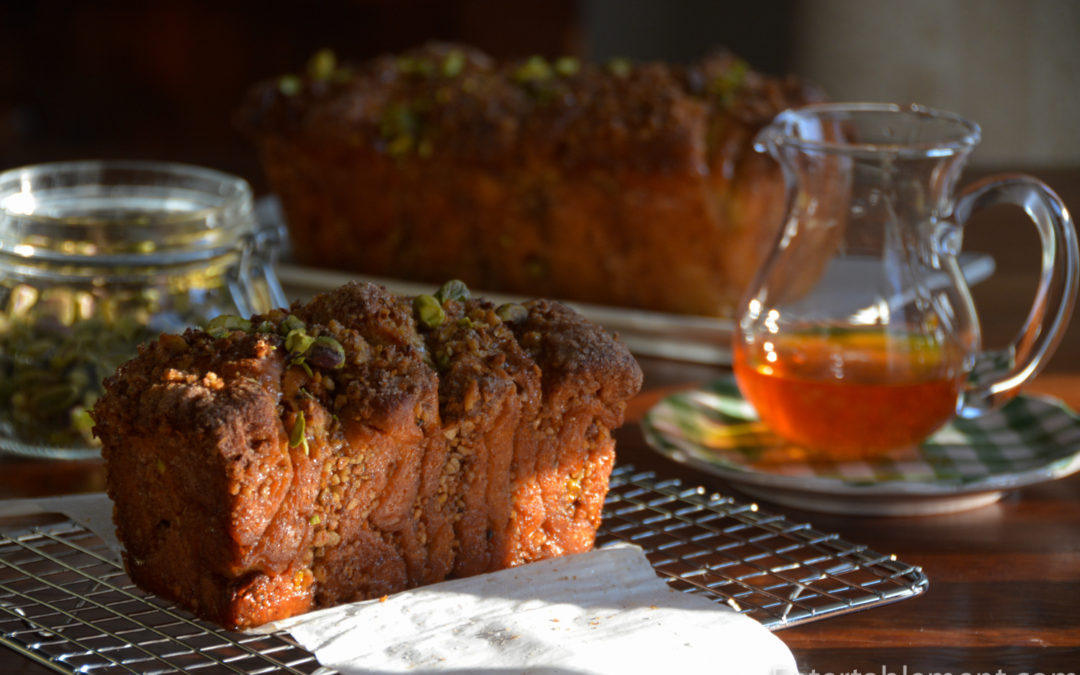 Baking is a very soothing activity. Baking bread with scads of butter, sugar, cinnamon, and nuts is the epitome of soothing. 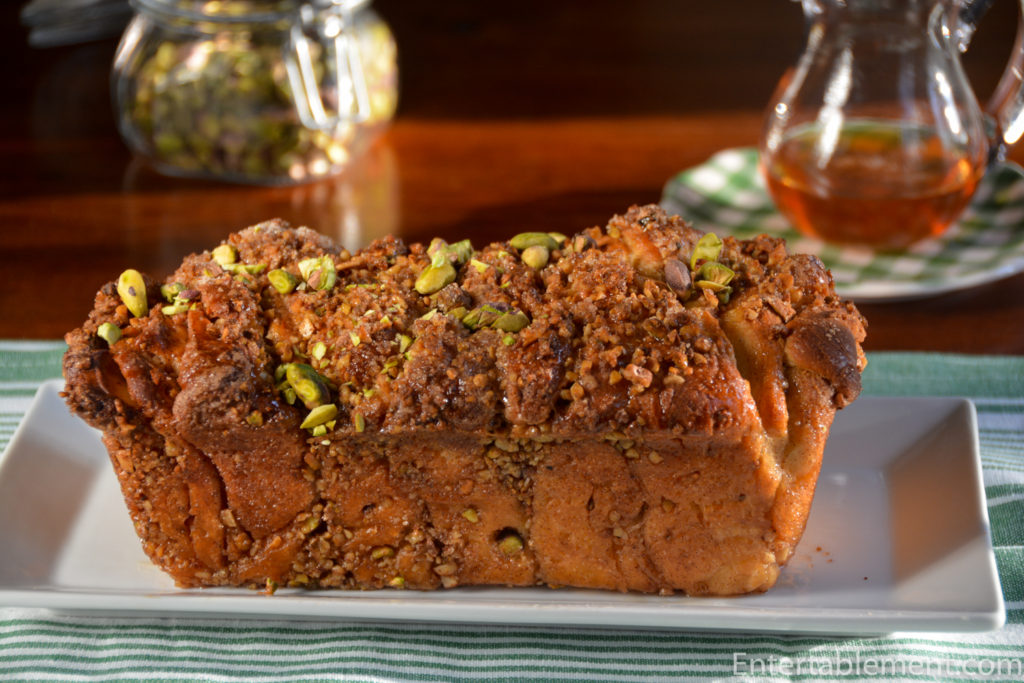 Baklava Pull-Apart Bread came to me along a somewhat circuitous path, as frequently happens with my food inspiration. 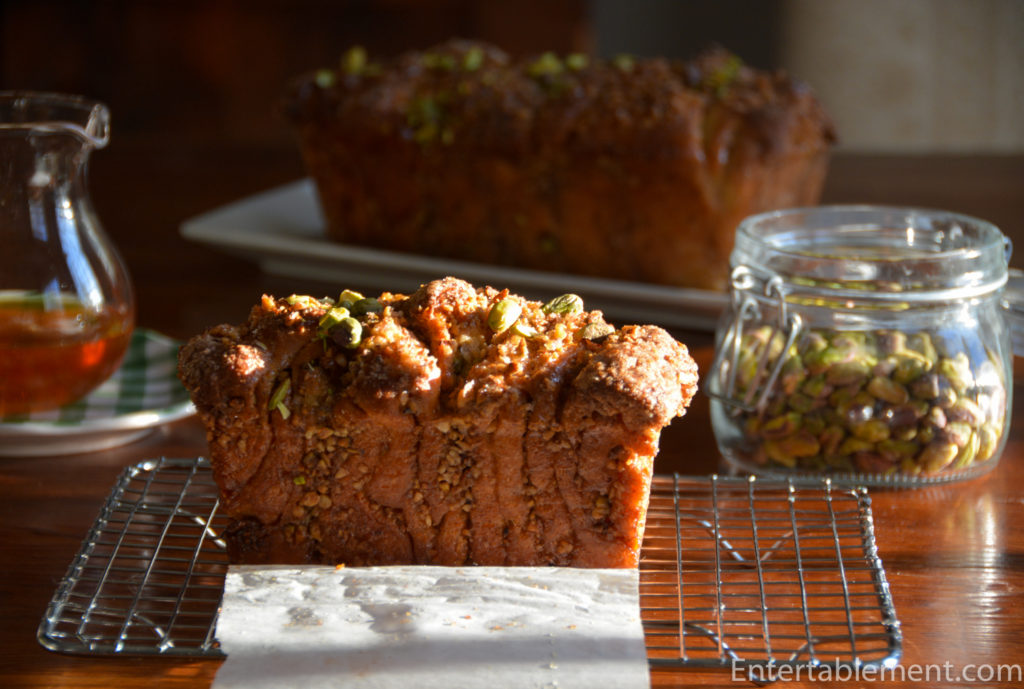 During this strange time in which we all find ourselves, several companies have risen to the challenge of providing timely, fun ideas. One such company is Williams Sonoma, with a blog post earlier this week, Every Kid’s Favorite Recipe and 6 ways to Switch It Up – all about Rice Crispie Treats. I was instantly smitten with this one and imagined how much fun it would be to make with the grandkids. I envisioned little hands pressing the messy, sticky marshmallow globs into small cake pans, followed by a more glorious mess with icing and sprinkles. So I passed the link along to the parents who currently have full-time minding of said grandkids, secure in the knowledge the mess would be at their house, not mine. 🙂 For now! 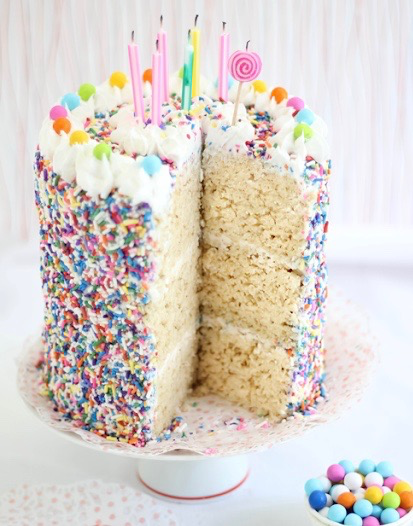 That led me to press the link to the recipe. I entered the world of Sprinkle Bakes, down which rabbit hole I have been lurking these last two days except for the actual baking of the Baklava Pull-Apart Bread.  And the absent-minded destruction of a pound of cranberry beans left simmering on the stove too long as I lost myself in exploring the Sprinkle Bakes’ site. The mushy mess of former cranberry beans is now on the compost heap. Sigh. 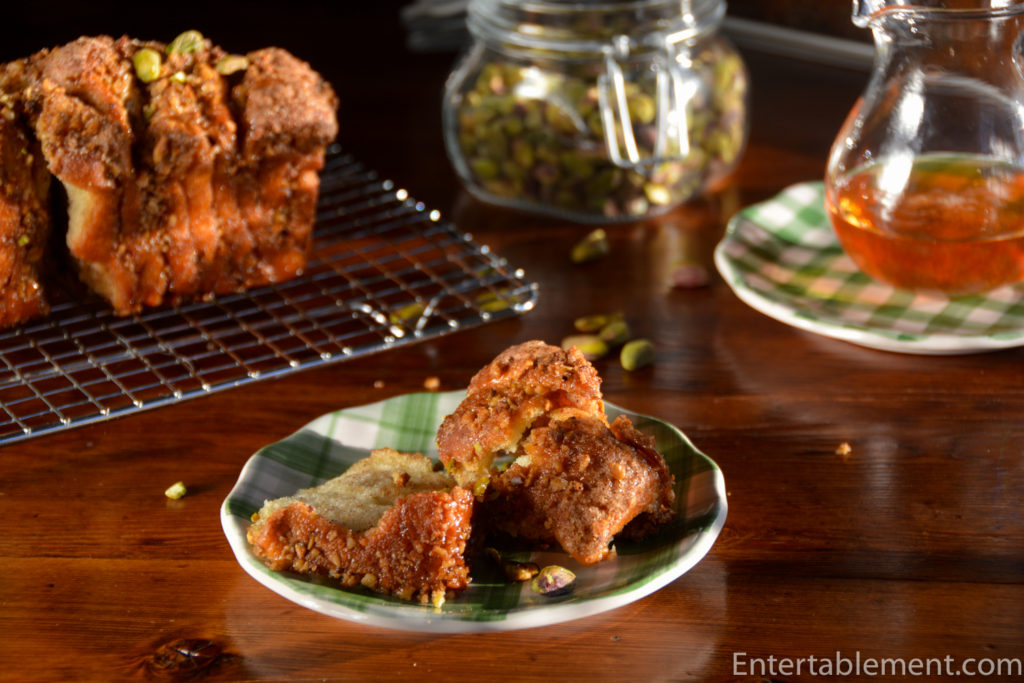 I snagged the last bag of flour at the grocery store. Though I had enough on hand to make the recipe, I figured I would likely be making other creations and wanted to get ahead of the game. I was only able to get bread flour, and used that for this recipe, keeping my All-Purpose flour in reserve. Yeast is not to be found; happily, I had a meagre quantity – now all used up. Grrrr. So I went searching online. I often use King Arthur Flour for recipes but didn’t realize they sell products. I have added a pound of yeast to my “wish list” on their site and hope they can restock sometime soon. Yeast keeps well in the freezer, and it saves fiddling around with those little packages. 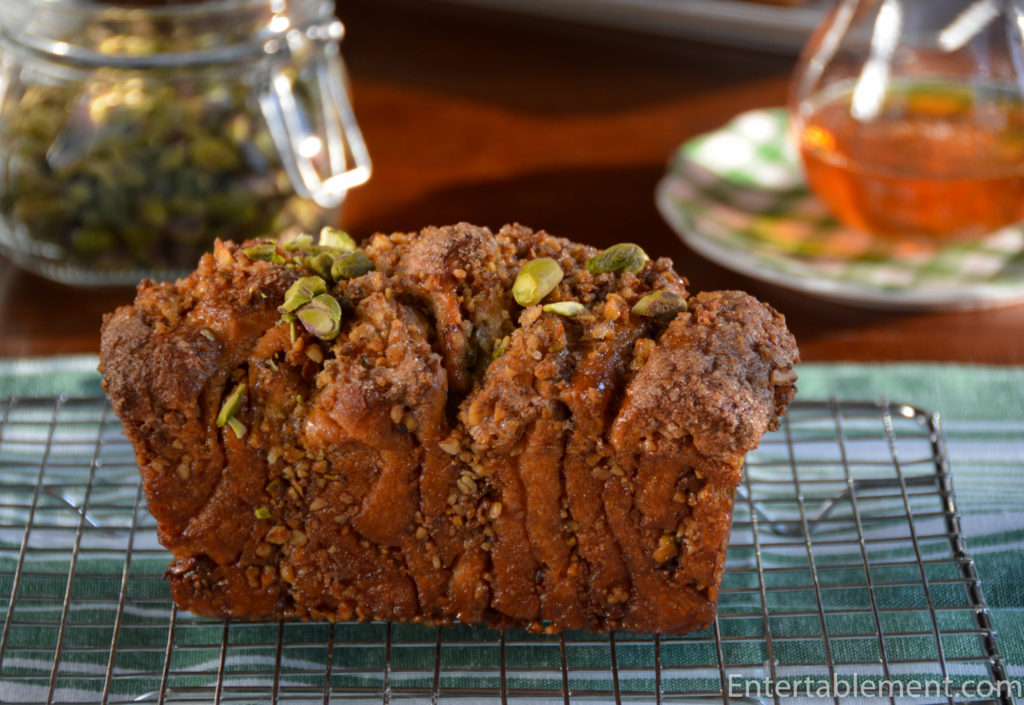 So! I bring you Baklava Pull-Apart Bread. And in the case of three of my neighbours, that means literally. Off I trotted late yesterday afternoon with three still-warm mini-loaves, having doused them in the honey-syrup. Sticky, but worth it. 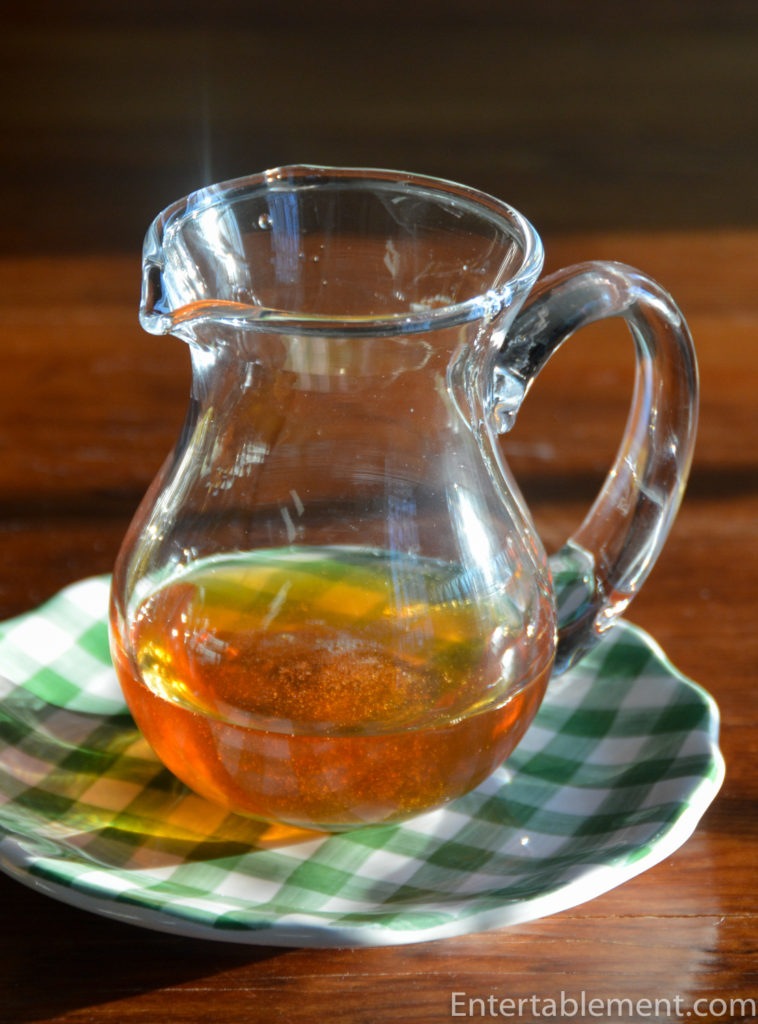 When baking, I often will make three or four mini-loaves instead of one large loaf. It’s very comforting to have a few bits of something scrumptious stashed in the freezer for late afternoon with-a-cup-of-tea noshing. My set of four pans came from Williams Sonoma a few years ago. They heat very evenly and release beautifully. 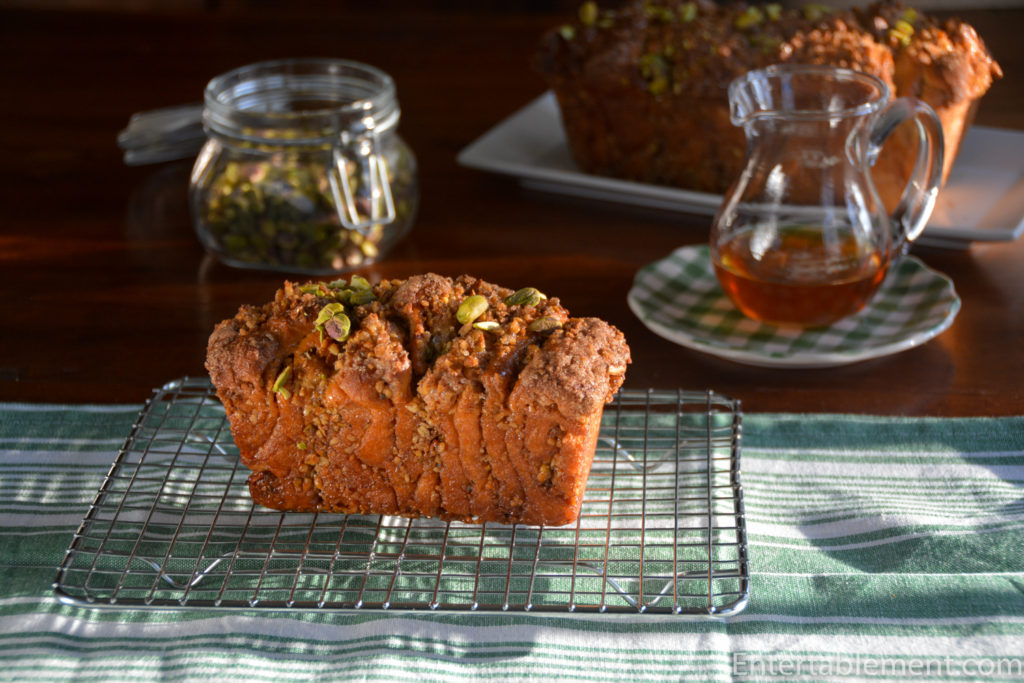 With the lockdown in place, I’ve been distributing the largesse. In our neighbourhood, we’ve fallen into the habit of making extra quantities and sharing round the results. Our house has offered up warm Mixed Berry Scones on a couple of Sunday mornings and received a jar of delicious home-made chilli, some stuffed quahogs and a batch of Snickerdoodles in return. I love this new communal endeavour! 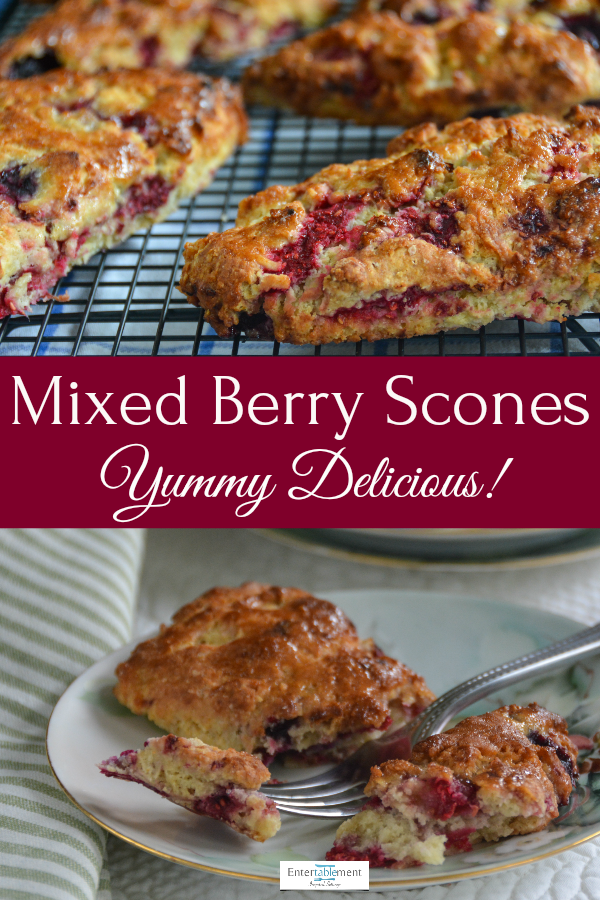 If you have an hour (or ten) at your disposal, enjoy a browse around Sprinkle Bakes. The author has a lovely, conversational style that is informative without being patronizing. She lives in Knoxville, Tennesse and has developed a thriving blog in addition to writing two cookbooks. While it has its downside, it’s incredibly inspiring to recognize how much the internet has assisted individuals in establishing businesses in their particular niche and in offering the fruits of their labour to the world. 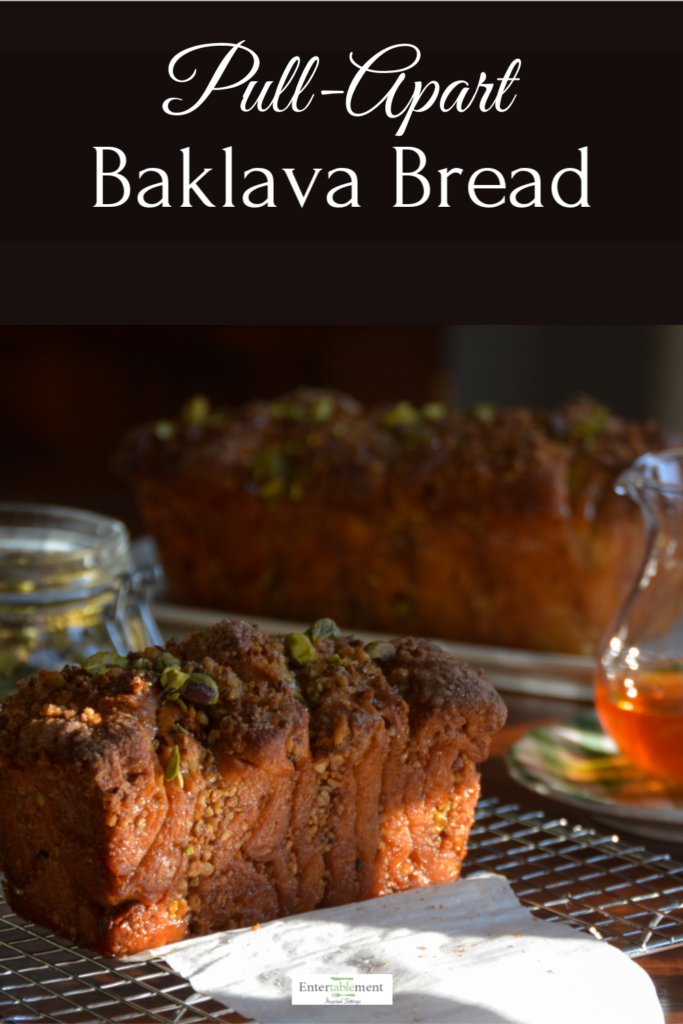